25 Things You Don’t Know About Me! 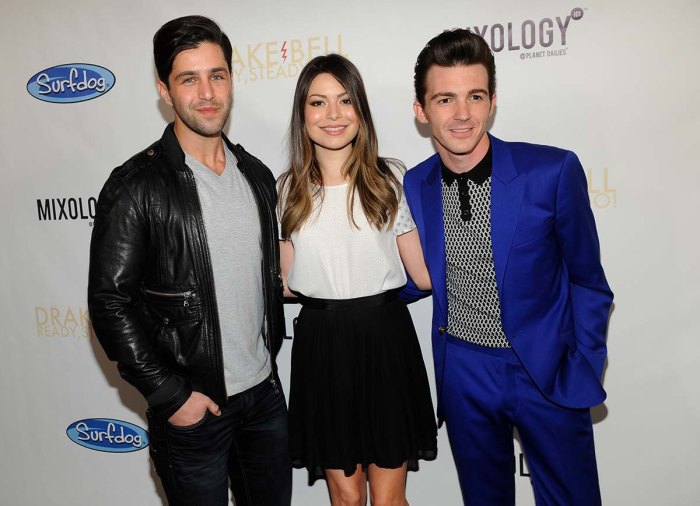 From child star to sitcom staple! Miranda Cosgrove has grown up before our eyes on screen, but she revealed that there are still a few things even the biggest iCarly fans don’t know.

The California native, 28, started acting at just 3 years old in commercials, including an ad for McDonald’s. However, her big break was in 2003’s School of Rock as ambitious fourth-grader Summer Hathaway opposite Jack Black. The Richard Linklater-directed film made over $131 million worldwide, inspiring TV and theatrical spinoffs, and sent Cosgrove straight to Nickelodeon.

Audiences grew to love Cosgrove on Drake and Josh from 2004 to 2007 before she scored her own leading role on iCarly. The sitcom, which followed a young internet blogger, originally aired on Nick from 2007 to 2012. Though she moved on to other projects with appearances on The Good Wife and The Goldbergs and a voice role as Margo in the Despicable Me franchise, Cosgrove was happy to return as Carly Shay in the iCarly revival.

Paramount+ launched the new and improved version in 2021, and the show grew up with the audience. Carly and Freddie (Nathan Kress) are adults who swear, and yes, they even reference sex. The mature vibe resonated with returning viewers, and the comedy was quickly renewed for season 2, which premieres April 8.

Below, Cosgrove opens up about how she spends her time off set, who made her feel starstruck and what she loves about working on the new iCarly.

Scroll down for 25 things you don’t know about Cosgrove:

1. On a typical Sunday you’ll find me with my family. We play Scrabble— and get in huge arguments over it.

2. Growing up, my role models were my mom and my on-set teacher, Patti, who [taught me] from 8 until I was 18. She always told me I could be anything I wanted to be.

3. One of the first concerts I ever went to was the Backstreet Boys. My mom took me and let me chase their tour bus as it drove away.

4. If I could only eat one meal for the rest of my life, it would be spicy tuna on crispy rice.

5. When I was 15, I went bungee jumping in Fresno to impress a guy I liked.

6.  My favorite item in my wardrobe is my pair of Dr. Martens boots.

7. If I could do anything for a day, I would hang out with my closest friends and play board games. I always have game nights at my house.

8. I met Raven-Symoné when I was 10, and I was so starstruck I legitimately couldn’t speak.

9. My passion is acting, but I’ d love to continue producing more projects.

11. My mom and my friend Josh Peck always call me Randy.

12. If I wasn’t an actor, I’d be a veterinarian. I foster animals, and I currently have three dogs and three cats.

13. I was proud when I started producing the iCarly reboot, and people started listening to my ideas.

14. A common misconception about me is that I’m outgoing; I’m way more of an introvert.

15. I think that’s why I enjoy acting. I can be a lot more outgoing in the roles I play.

16. I love going on road trips to Ojai or San Francisco with my friends. It’s really fun trying random restaurants along the way.

17. During Covid, I started gardening with my mom, and now I’m such a nerd for it. She and I waited on lawn chairs for [a] night flower to bloom.

18. The best piece of advice I’ve received is: “You’re not always right, and that’s OK.”

19. My favorite book is The Glass Castle by Jeannette Walls.

22. I love being able to help write the comedy on the iCarly reboot.

24. I believe women have been left out of the sciences for too long, so I partnered with HP to encourage girls to study climate change.

25. I can’t leave the house without Kind bars.