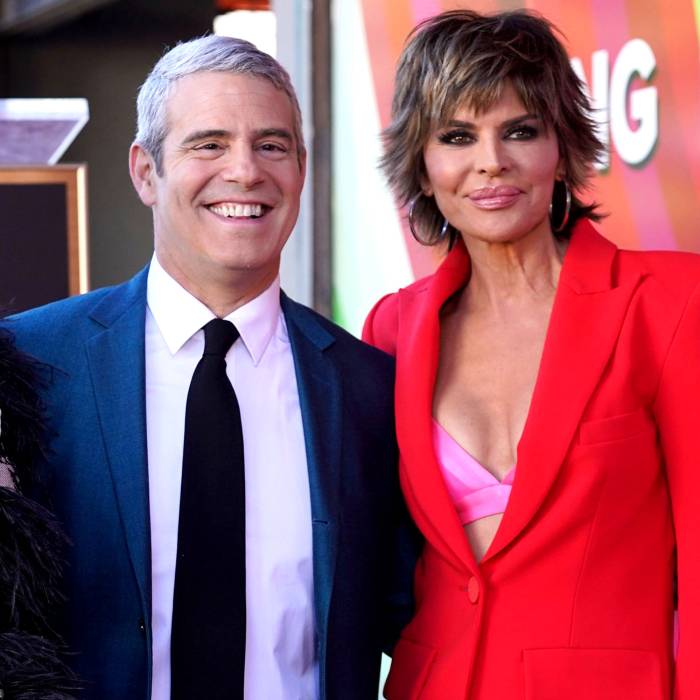 Cohen clarified his comments on Rinna’s receipts during his Radio Andy show on Wednesday, November 2, revealing that he spoke to the reality star — who noted she had info on the Elton John AIDS Foundation and what went down on the RHOBH Aspen trip.

Recalling the moment he read online that Rinna’s receipts were actually about the ill-fated girls’ trip, Cohen said, “I text Rinna, I go, ‘I said on the radio today that your receipts were about the Elton John AIDS thing. Is that what they were, Were there also Aspen receipts?’ And she said, ‘Actually, there were also Aspen receipts.’ She said, ‘I printed out eight pages of text messages from texts that I was sending to Kyle and Erika’ and, and another friend of hers about what was going on that night with Kathy. And she said, ‘That was kind of my corroboration, that I sent those texts that night. And that’s what that was.’” And we never, she never entered them to the court for consideration and we never got to them.

The TV host concluded: “So this is me saying I believe both of these situations to be true. She had the Elton John receipts, she had … what were her Aspen receipts that I never saw. We never got to them. We didn’t cut them out of the show. She never handed them over during the show. And so that is the tale of Rinna’s receipts.”

What was inside the mysterious envelope? There’s a lot of talk about receipts Lisa Rinna brought to the Real Housewives of Beverly Hills reunion — and Andy Cohen finally shared the tea.

The radio personality also revealed that this scene didn’t make the reunion due to time constraints and it wasn’t the only thing cut.

“There were a lot of decisions made in the edit to cut down many conversations,” Cohen shared. “Pretty much every topic we beat to death because that’s what we do.”

The Missouri native also revealed that the entire RHOBH reunion was lengthy and did not wrap up until “10 at night.”

One of the major feuds early this season occurred between Rinna, 58, and Sutton Stracke and revolved around the “Rocket Man” musician’s annual Oscar party, which raises funds to fight against HIV/AIDS. The drama started when Georgia native, 50, appeared on an episode of Watch What Happens Live With Andy Cohen in September 2021​.

“A few years ago, Harry [Hamlin] and Lisa both came, I invited them to the Elton John gala, and they came with me as my guests. I never got a thank you,” Stracke alleged.

While the episode was airing, the actress fired back via Instagram Stories, writing, “We didn’t come as your guests @suttonstracke. @eltonjohn invited us to his event, you asked us to sit at your table. So we did. Let’s just make that clear.”

Rinna added: “We’ve gone to the fabulous Elton John Oscar party for years, I remember going in 2006 while I was doing #DWTS and dancing the night away. We love @eltonjohn [and] @davidfurnish. It’s truly incredible all of the money they have raised for the Elton John AIDS Foundation.”

While on WWHL, Cohen read Rinna’s comments to Stracke and the reality TV personality responded by chalking it up to a miscommunication but was adamant that she “actually bought those tickets.”

A few days later, Rinna clapped back at Stracke by sharing a series of throwback photos from the fundraiser over the years.

“#Tbt The Elton John Oscar Party February 25, 2019. Guests of Elton, not Sutton,” she wrote alongside one photo of her and Hamlin. “But I love that Sutton bought a table, and all of the money went to the @eltonjohn aids foundation. ❤️That’s a good thing!✨ I loved this look!”