Tame One, the celebrated rapper known for his work in the early Nineties as half of the New Jersey hip-hop duo the Artifacts, has died. The rapper, born Rahem Brown, was 52.

Brown’s mother, Darlene Brown Harris, confirmed her son’s death on Facebook Sunday night, Nov. 6. “I can’t express this any other way,” she wrote. “My son, Rahem Brown, Tamer Dizzle Is Dead. The medical examiner says the six pharmaceutical drugs that Trinitas hospital prescribed to him last Friday, combined with the weed he smoked over this weekend…his heart simply gave out. He will know better after the autopsy. I will not be responding to all the posts for a bit, but the hardest words I will ever post or say is, my son, my heart, is dead.”

Brown’s death drew tributes from admirers and collaborators, including El-P and producer Just Blaze. On Instagram, Just Blaze (who grew up in nearby Patterson, New Jersey) wrote that Tame One and his Artifacts bandmate El Da Sensei, “were the first 2 signed artists to ever rhyme on something of mine back in the Pipeline nightclub days in Newark…  That happening gave me the confidence and belief that I could possibly do this music thing for real. Fast forward almost 30 years later and I’m proud to call him a friend as well as still be fan.”

El Da Sensei tells Rolling Stone in an email, “My best memories of Tame have to be recording the very first album Between A Rock & A Hard Place. We knew exactly what we wanted to do but was overly surprised at the outcome not knowing we’d be creating classics that would stand the test of time. We made records together that our fans can relate to because they’re like us. We made songs for the stage and I loved that part too. I will miss my brother Tame. He is now with DJ Kaos making music in the clouds.” 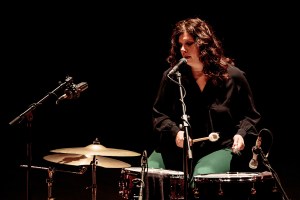 As NJ.com reports, Tame One and El Da Sensei (real name William E. Williams) formed Artifacts in the early Nineties, later adding DJ Kaos to the lineup. They released their debut album, Between a Rock and a Hard place, in 1994, and the album quickly caught on in underground hip-hop communities, led by first single “Wrong Side of da Tracks,” an ode to the duo’s other love, graffiti writing. “I’m live like the third rail, on time like a PATH train,” Tame One spits, “The name Tame alone got fame so fuck a last name/I tags mad when I drag a fat sack of ism/Coming out with New Editions like Mike Bivins.”

Despite the buzz they conjured, Artifacts released just one more album, 1997’s That’s Them, before the group went their separate ways. Brown dropped his critically acclaimed solo debut, When Rappers Attack, in 2003. He also linked up with an array of other underground luminaries — including El-P, Aesop Rock, and Cage — as a member of the supergroup the Weathermen, which released its one and only mixtape, The Conspiracy, that same year.

During the first decade of the 2000s, Brown released several more solo albums, as well as collaborations with Cage (2004’s Waterworld, under the moniker Leak Bros) and Del the Funky Homosapien (2009’s Parallel Uni-Verses). In 2009, Tame One and El Da Sensei took the stage together again as the Artifacts. An official reunion followed, and over the next several years, the duo released a handful of singles while continuing to pursue solo projects. Over the summer, Artifacts partnered with the producer Buckwild to drop a new album, No Expiration Date.

In a 2017 interview, Brown reflected on the intertwined nature of the two kinds of writing he excelled at throughout his life: graffiti and lyrics. “This is the conundrum between the left and the right side of the brain: I’ve been drawing and writing, so I’m used to having a writing utensil in my hand at all times, but it started as an art aspect. When I felt as though I could express myself musically, and started writing poems, lyrics, spare thoughts, that’s been happening since grade school… In the Eighties, when hip-hop really blew up, and I started wanting to be Run, I was like, ‘Yo, this could happen.’ And I was still drawing then.”

Why the Beatles’ ‘Revolver’ Sounds More Gloriously Weird Than Ever

It was the Fab Four at their absolute peak, and the new Super Deluxe Edition takes us even...

Mahalia Is in Her Dating Bag: “I Need Inspiration”

After a three year break from the road, Mahalia caught up with Rolling Stone ahead of the...

Mission complete: Ten years after her death, the voice of Jenni Rivera continues to...