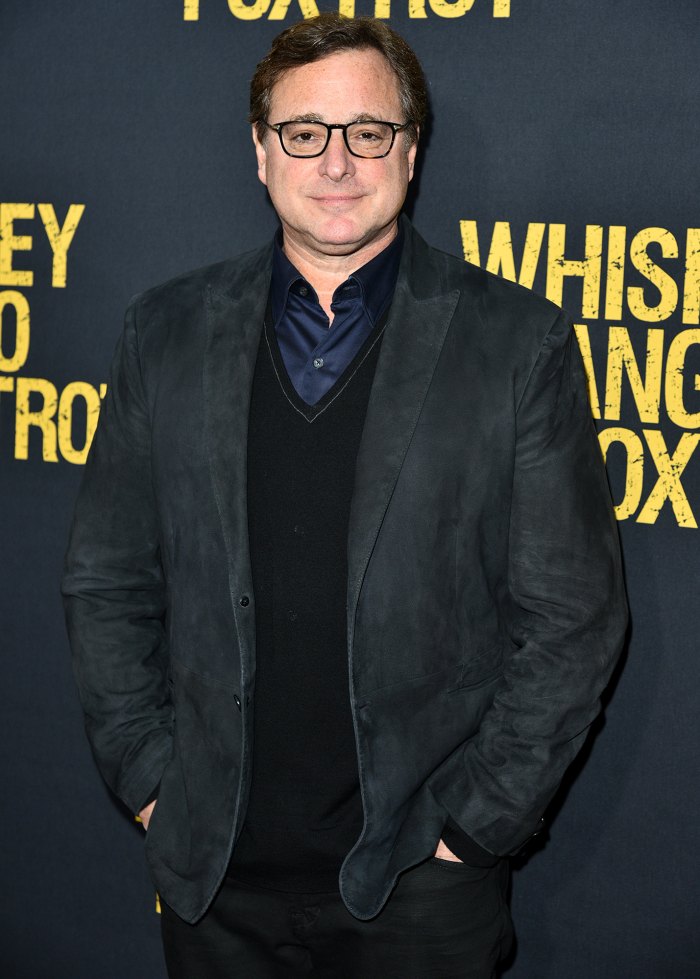 One month after Bob Saget’s family was granted a temporary injunction to block the release of documents related to the comedian’s death, a judge signed off on their petition.

“The entire Saget family is grateful that the judge granted their request for an injunction to preserve Bob’s dignity, as well as their privacy rights, especially after suffering this unexpected and tragic loss,” Saget family attorney Brian Bieber said in a statement to CNN on Monday, March 14. “We are pleased this issue has been resolved, and the healing process can continue to move forward. All of the prayers and well wishes continuously extended to the family are beyond appreciated.”

They want to mourn in peace. After Bob Saget‘s cause of death was revealed, wife Kelly Rizzo and daughters Aubrey, Lara and Jennifer have filed a lawsuit to keep further information private.

The Full House star died at age 65 in Orlando, Florida on January 9. A month after his passing, his cause of death was revealed as head trauma. The medical examiner released a statement following the family’s announcement, but the women want to stop any further details from being published.

The suit, filed against Orange County Sheriff John Mina and the medical examiner’s office, argues that releasing more information — including photos or videos — would cause his loved ones to “suffer irreparable harm in the form of extreme mental pain, anguish and emotional distress,” according to documents obtained by Us Weekly.

The family has shared many details with the public. Rizzo, who married Saget in 2018, and her stepdaughters (their mother, Sherri Kramer, and Saget divorced in 1997) released a statement about the comedian’s cause of death on February 9.

“In the weeks since Bob’s passing, we have been overwhelmed with the incredible outpouring of love from Bob’s fans, which has been a great comfort to us and for which we are eternally grateful. Now that we have the final conclusions from the authorities’ investigation, we felt it only proper that the fans hear those conclusions directly from us,” the Saget family told Us Weekly at the time. “The authorities have determined that Bob passed from head trauma. They have concluded that he accidentally hit the back of his head on something, thought nothing of it and went to sleep. No drugs or alcohol were involved.”

The statement continued: “As we continue to mourn together, we ask everyone to remember the love and laughter that Bob brought to this world, and the lessons he taught us all: to be kind to everyone, to let the people you love know you love them, and to face difficult times with hugs and laughter.”

The Orange County, Florida, Medical Examiner emphasized that the fatal injury was believed to be entirely accidental.

“It is my opinion that the death of Mr. Saget was the result of blunt head trauma. His injuries were most likely incurred from an unwitnessed fall,” the M.E., Joshua Stephany, noted in a press release on Thursday, February 10. “A toxicology analysis did not reveal any illicit drugs or toxins. The manner of death is accident. Our condolences go out to Mr. Saget’s loved ones during this difficult time.”

On Friday, February 11, the autopsy report revealed more details. Saget tested positive for COVID-19, and he had several fractures on his head, including at the base of the skull.

Prior to the news of the lawsuit, Saget’s daughter Lara, 32, shared a note saying she wished people understood “how important privacy is to grieve” on Tuesday, February 15.

“It is so sad to see where so many people place their focus, on pain, drama, gossip, negativity,” she wrote via Instagram. “That focus creates pain in their world and in everyone’s lives. I pray people find clarity, learn to love themselves, and to honor other human beings on this planet.”