Bridgerton: Will Edwina Sharma Be in Season 3? 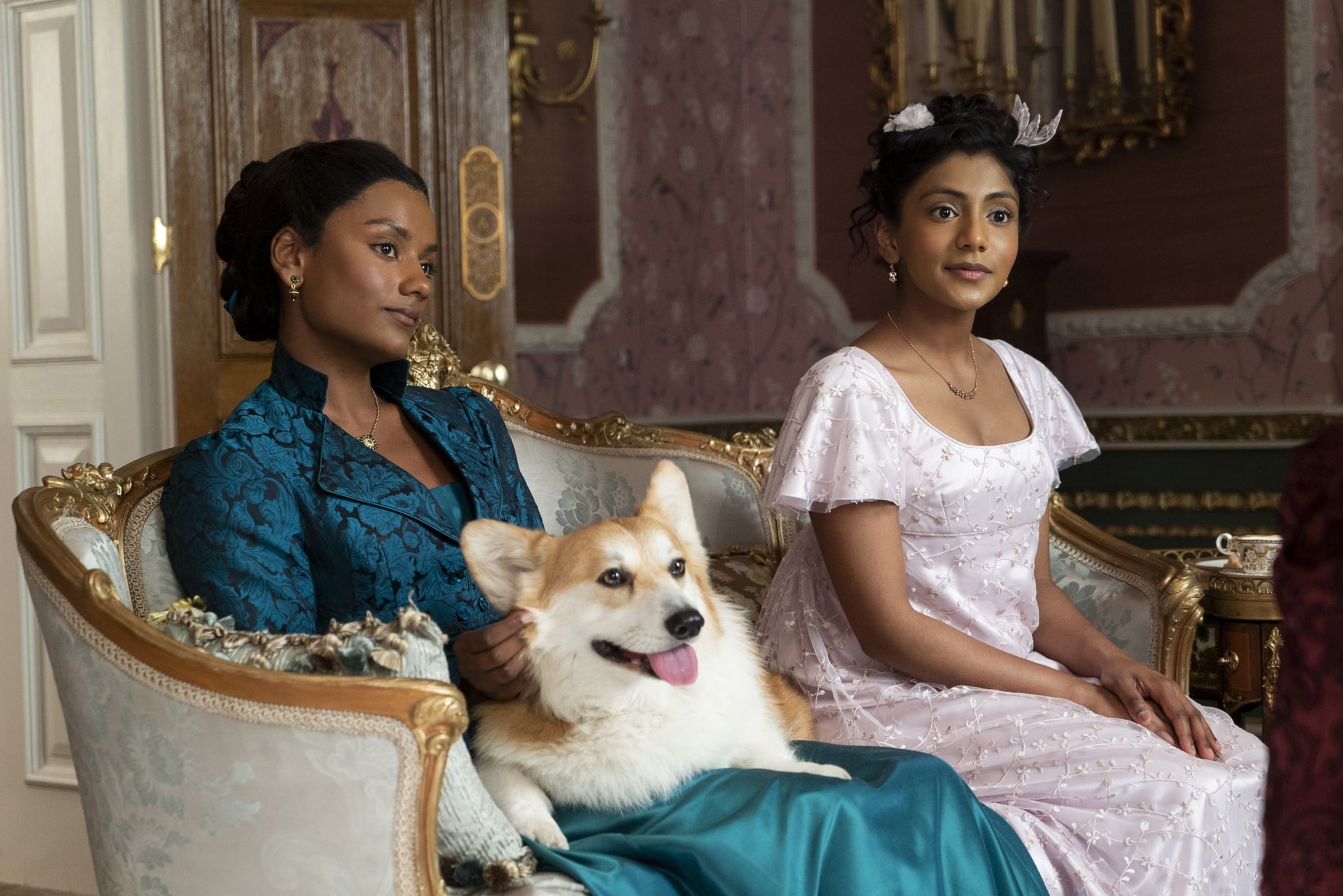 As promised, “Bridgerton” season two delivered more Ton drama and gossip, shocking plot twists, a fabulous soundtrack, and lots of sexual tension. Fans were also introduced to several new characters, including the Sharma sisters, Kate and Edwina (Charithra Chandran), both of whom stole the spotlight after earning the affections of Viscount Anthony Bridgerton.

While season two was arguably the Kate and Anthony show, viewers quickly grew fond of the younger Sharma sister, Edwina. At the beginning, Edwina was desperate to find a husband and be accepted by high society only to end her time at Mayfair realizing it was self-love and her voice she was actually needed to find. It wasn’t her envisioned fairytale, however, Edwina still had a happy ending — but is that where her storyline ends for good?

Given that “Bridgerton” is an anthology series and there are still more Bridgerton siblings awaiting courtship, fans may be curious as to whether or not Chandran will reprise her role as Edwina in season three. “Bridgerton” has proven it can continue on seamlessly without the previous season’s main character. Phoebe Dynevor (Daphne Bridgerton) had a significantly reduced role in season two, while Regé-Jean Page (Simon Basset, Duke of Hastings) walked away from the show completely. But thanks to Lady Danbury and Queen Charlotte, Edwina’s next character arc is seemingly perfectly set up for season three (four words: the prince is available). But perhaps, Edwina’s self-discovery endeavors will take her elsewhere… and offscreen. There’s evidence pointing in both directions, so let’s dive in.

1. Edwina Isn’t a Main Character in the “Bridgerton” Book Series

Fans may be surprised to hear that Edwina is a supporting character, not one of the main protagonists, in the second installment of Julia Quinn’s “Bridgerton” book series. In “The Viscount Who Loved Me,” Anthony never proposes to Edwina — but rather, he marries Kate to avoid scandal after they’re caught in a non-precarious, precarious situation (such as Prudence and Lord Featherington’s circumstance). Similar to the onscreen adaptation, Anthony was courting Edwina in the novel, though, his affections were always toward Kate. Upon their nuptials, Edwina’s storyline takes a backseat and she isn’t involved much in the book’s plot. In terms of Quinn’s future plans for her, there don’t seem to be any.

2. She’s Embarking on a Journey of Self-Discovery

Episode six goes up in flames when Edwina decides she will not marry Lord Anthony. After watching the way Anthony’s eyes are drawn to her sister, Edwina sees she’s not the Sharma daughter who truly holds the viscount’s heart. She also realizes that every major decision in her life thus far has been made for her, not by her. “For the first time in my life, I am able to make a decision based on what I would like,” she tells Kate. In the remaining episodes, Edwina says she’s not really sure of the woman she is anymore. It’s obvious Edwina is about to embark on a journey of self-discovery — “I want to know myself, truly,” she says at one point — but what that may entail remains unclear. Perhaps she’ll travel the world like Colin or return to India and marry someone there, in which case, she probably wouldn’t be in season three.

Signs Edwina Will Be in “Bridgerton” Season 3

1. Lady Danbury Offers to Sponsor Her For Another Season

Following everything that happened on Edwina and Anthony’s wedding day, Lady Danbury offers to sponsor Edwina and Lady Mary for another season so Edwina may have another shot at love. Remember, Lady Danbury has no children of her own, she’s extremely prominent in high society (she always throws the first ball of the season), and is BFFs with the queen. It seems unlikely that the show’s creator and writers would just toss that line in there if it had no merit.

Lady Whistledown failed to mention that the Queen’s nephew is looking for a princess! At the last ball of the season, Her Majesty alludes to Edwina that she would like to introduce her to her nephew, who is a prince and available. This could be foreshadowing a number of things (will her nephew be the diamond next season?), but it could also indicate a new love interest for Edwina?

3. The Show Isn’t an Exact Replica of the Books

The way the show handled Anthony and Kate’s love story and the unraveling of Lady Whistledown’s true identity are prime examples of how the show isn’t following its source of inspiration verbatim. There’s even speculation that the show could switch up the Bridgerton sibling order, meaning season three would be centered around Colin, not Benedict.

“We did a lot of work in these first two seasons as far as setting up Penelope and Colin’s love story,” “Bridgerton” creator Chris Van Dusen told E! News, hinting at a possible time jump. “There’s so much yearning and so much angst there that it’s going to be really satisfying when the show gets to really focus on the two of them.”

Luke Newton, who portrays Colin, noted, “We have no idea how close they’re going to stay to future relationships or how it’s gonna go.” The door could still be open for Edwina’s character. It may so happen that Edwina catches the eyes of the third eldest Bridgerton, and gives Penelope a run for her money.

Between Queen Charlotte taking on the role of matchmaker and Lady Danbury’s gracious sponsorship, Edwina’s storyline is far from finished. Edwina is still the Ton’s diamond, which serves as an interesting interlude between courtship seasons. Will Edwina’s diamond status carry over? Will she continue to be courted in the off-season? Not to mention, there’s still two more older Bridgertons who are available.

What Has Charithra Chandran Said About Returning For “Bridgerton” Season 3?

Fear not, gentle readers, there’s still hope that Edwina will continue on as a character in season three. While neither Chandran nor Van Dusen can confirm anything regarding a potential season three for Edwina’s character, they did both hint that it’s within the realm of possibility.

“I love the cast and crew so much, so I’d be so open to coming back,” Chandran told EW. “I haven’t been told anything as of yet. It’s not my decision. And what I can hope for Edwina is of course I hope she finds love with someone wonderful one day. But my priority, at least in the short term, is for her to find adventure and excitement.”

“She is a character who on the show, she really gets to be fully realized,” Van Dusen added. “And I love the fact that she has her own wants and needs and desires and feelings.” Only time will tell if we, in fact, do get to see Edwina’s wants, desires, and feelings play out in a third season!