“What happened was, we reached the moon. But lost in space, I think we got there all too soon. But you know what? I’m coming back for you, baby.”

That’s the spoken-word bridge to the title track of Carly Rae Jepsen’s The Loneliest Time, a charming retro-disco duet with one of her favorite artists, singer/songwriter Rufus Wainwright. The song has a strong, infectious chorus – but that’s not the part that TikTok users have embraced. Instead, they’ve seized on the spoken-word bridge, to the point where that section is getting an outsized reaction at Jepsen’s concerts.

In the new episode of Rolling Stone Music Now, Wainwright talks about the making of the song and its equally viral video, as well as the larger phenomenon of TIkTokers essentially engaging in crowd-sourced remixing or A&R-ing of songs, ignoring the intended hooks for other parts they prefer.

To hear the entire episode, which also includes a tribute to the late Takeoff of Migos with Andre Gee and Simon Vozick-Levinson, and a discussion with Tomas Mier about the TikTok “remix” phenomenon, listen on Apple Podcasts or Spotify, or press play above. Some highlights from Wainwright’s interview:

It’s such a different place to be hearing you.
Yes! [laughs] I had heard of Carly Rae Jepsen, and of course I knew a couple of her massive hits from a few years ago. But then, we got a message from her, I think on Instagram, that she was a huge fan and would love to work with me. And I was alerted by my younger staff that she is this very successful pop person and I should have a conversation. And I did. 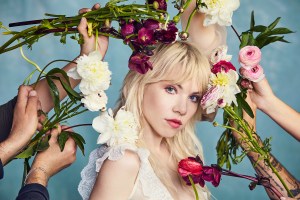 And the first thing you’d realize about her when you actually meet her in person is just how sweet she is. She’s a lovely human being and very kind, and yes, is a big fan and really knew my work in detail. And so I just went with that, and then went to her house one day and she had this track and I sang on it, and I went back, corrected some things, and presto, was done.

So it was all very easy and very organic and really just the best part of it was meeting Carly Ray Jepsen. And the song’s pretty good too. [laughs] So it all worked out well.

Was it always that one song? Were there any other candidates or anything?
No. It was that one song. It’s not really my world, that sort of full-blown pop thing. I appreciate it. I’m a fan of that music sometimes, but needless to say, it’s not where I tend to kind of voyage. So that was a very freeing experience. I just felt like I could just go in there and be of service and sing in a different way and just enjoy the variety.

Was there anything that you found challenging about singing in this idiom?
Look, I’ve sung Berlioz, Cole Porter and Bob Dylan, so I didn’t find it challenging to sing. But I think probably what I found more challenging was when we did the video, just the idea of being, free and easy and without a care and then seeing yourself reflected and realizing, ‘Oh no, I look 50!’ [laughs]

TikTok has, of course, seized on the spoken-word bit. What do you make of that?
The song is quite long, which is unusual for pop songs. It’s almost five minutes. And when we were first recording it and I was listening to it, I was like, “What is this bit here with the talking? Does this work? It’s fun, but it’s a little unusual.” But you know, that’s what Carly wants. I don’t not like it. It’s just a bit of an anomaly, shall we say. And then now it’s the most popular bit!

And it’s funny sometimes, where there are those things that jut out, that you’re not sure what it means, but you just let it happen. And then I think oftentimes those are the things that take other people’s attention and become meaningful in a funny way.

What may be interesting to you as a songwriter is that fans on TikTok almost rearrange or remix songs on their own, picking something as the hook. Which never really happened before in pop history.
It’s happened in the sense where producers will sample bass lines or little moments, but that’s a producer with a budget and time to reflect on where it fits in. But this is so instantaneous and so democratic in terms of everybody being able to do something. So yeah, it is new for sure.

Late in the fifth season of Netflix’s The Crown, Queen Elizabeth (Imelda Staunton)...

According to self-proclaimed health gurus on TikTok, toxic isn’t just a Britney Spears...