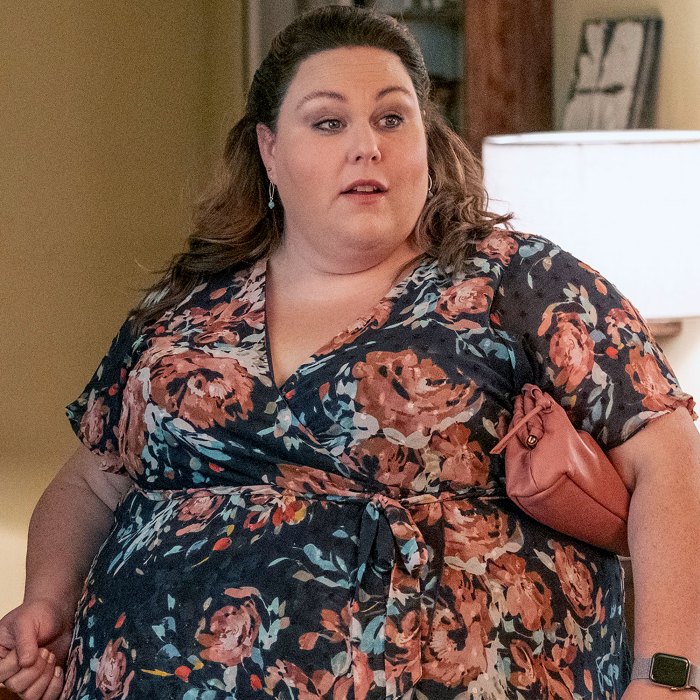 Where is Kate? This Is Us fans have been asking that question for years, as members of the Pearson family have appeared one after another in a flash-forward at Kevin’s house. Kate is one of the only characters missing in the future as of season 6, and her portrayer, Chrissy Metz, is still wondering about her fate too.

“It’s interesting. I have been on interviews where I have said something and then the story has changed and I was like, ‘Oh, gosh.’ So who knows?” the actress, 41, exclusively told Us Weekly on Wednesday, January 26, while discussing her partnership with Capital One Auto Navigator. “I know that I have different wigs for different times, but I don’t know if they’re gonna actually finalize me at a particular age or what’s gonna happen. So I’m not sure because sometimes it’s down to the wire. We’re like, ‘Ah, we’re gonna change something.’ But I can’t wait.”

Metz also played coy about whether she has already undergone the aging transformation. “I would love to see Kate aged up or [in] prosthetics,” she added. “Jon [Huertas] and Mandy [Moore] go through three-and-a-half hours of prosthetics, and I’m like, ‘I wanna do that.’ So we’ll see. We’ll see. I hope so.”

In flash-forwards, the Pearson family are gathering at Kevin’s (Justin Hartley) to say their goodbyes to Rebecca (Moore). Kate’s ex-husband, Toby (Chris Sullivan), is there and has hinted that “they” are on their way, though it is unclear whether that includes Kate, who has yet to be seen at that point in the future.

While fans have speculated that Kate is dead in the flash-forward, Metz teased a satisfying series finale.

“I want [fans] to take away that we are all dealing with life on life’s terms,” she told Us. “It’s not really what happens to you but how you react to [it] and also that every single one of those characters are just like any person that you might know. I hope they pull away with contentment [and think], ‘Wow. Like, I got to see this really beautiful chapter of these people’s lives and it’s a blueprint for the way I could walk in the world.’”

As for what fans can expect from the final episodes, the singer shared: “I know that every good thing must come to an end, and we always talk about going out with the bang and not a thud. We will be doing that because this final season is taking us everywhere, all through space and time.”

In the meantime, Metz has partnered with Capital One Auto Navigator to help people realize that buying a car can be easier with the right tool. Capital One Auto Navigator allows car buyers to prequalify for financing with no impact to their credit score, shop millions of cars from thousands of participating dealerships nationwide and see their real rate and monthly payment — all in one place and before visiting a dealer. Car buyers can visit https://www.capitalone.com/autonavigator or download the app for more information.

“It just makes so much sense to be able to get on your phone and literally find specifically what kind of car you would like, whether it’s a particular leather or a color,” she told Us. “Then also just being able to prequalify and figure out the financing and without it [impacting] your credit score. Then you get to the dealership [and] you really get to have a good time at the test drive, as opposed to sort of the daunting process and the scary process of like, ‘Am I gonna be able to afford a car?’”

With reporting by Christina Garibaldi