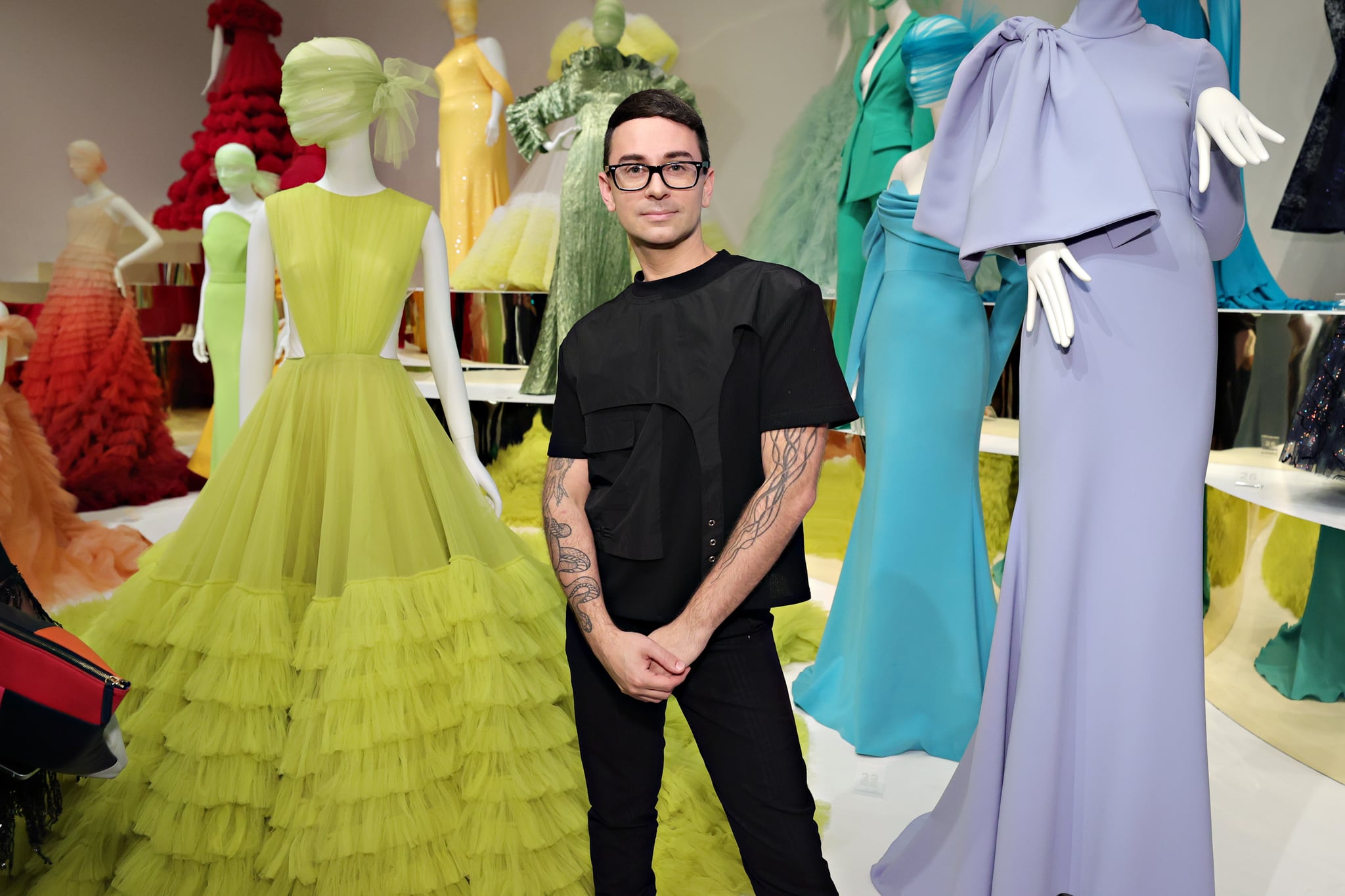 After two weeks of conflict in Ukraine, tensions continue to mount, putting millions of lives in danger. As we closely follow the news and do our part to support the people of Ukraine affected by Russia’s invasion, many celebrities have also come forward to do their part. Most recently, Christian Siriano announced that he’s auctioning off a two-toned tulle dress inspired by the Ukrainian flag. Siriano also promised to match the highest bid for the gown, as well as donate all proceeds to organizations that directly aid Ukraine.

“As a designer our voice is our clothes!” Siriano captioned a photo of the dress on Instagram on March 8. “So if a few bolts of tulle can help save someone then YES, we will be donating this gown to the highest bidder possible and matching that donation for Ukraine. 🇺🇦🇺🇦🇺🇦🇺🇦🇺🇦 prayers are with anyone suffering right now. 💙💛”

Draped in a crisscross pattern over the mannequin’s bust, the colors of the dress blend seamlessly before flowing into the skirt and separating into a vibrant yellow on the right and a royal blue on the left. The sleeveless dress also features a blue and yellow ruffle detail over the right shoulder, adding to the asymmetrical design in a way that emanates elegance and power.

Siriano has not specified how long bids for the dress will be accepted, but anyone interested in bidding can email the designer’s team at info@christiansiriano.com. Get a closer look at the design ahead. For more ways to help, learn how to support hospitals in Ukraine here, and consider donating to organizations like Razom For Ukraine.

The fashion community, the art and design space, and people all over the world continue...

Kristen Stewart put on a full fashion show at the Cannes Film Festival this week. Surrounded...

“Stranger Things” season four will premiere on Netflix in two volumes, and...

There’s nothing like switching your wardrobe from jeans and sweaters to sundresses...