D.H. Peligro, longtime drummer for Dead Kennedys who also briefly played with the Red Hot Chili Peppers, has died at the age of 63.

“He died from trauma to his head from an accidental fall,” the band said in a statement. “Arrangements are pending will be announced in the coming days. Thank you for your thoughts and words of comfort.”

Peligro joined Dead Kennedys in 1981 following the exit of founding drummer Ted. Although Peligro didn’t appear on the band’s hardcore punk classic Fresh Fruit for Rotting Vegetables, Peligro brought his rapid fire beat to the rest of the band’s output, starting with 1981’s In God We Trust, Inc. EP – featuring the classic “Nazi Punks Fuck Off” – and the albums Plastic Surgery Disaster, Frankenchrist and Bedtime for Democracy before Jello Biafra-fronted outfit split in 1986.

Two years after Dead Kennedys first breakup, Peligro was recruited to join Red Hot Chili Peppers following founding drummer Jack Irons’ exit (and guitarist Hillel Slovak’s death). However, after two months, Peligro was fired from the band over his drug problems; Peligro was replaced by Chad Smith, who remains with the Rock Hall-inducted band. However, three songs co-written by Peligro — “Knock Me Down,” “Sexy Mexican Maid” and “Taste the Pain” — featured on the Chili Peppers’ 1989 LP Mother’s Milk. 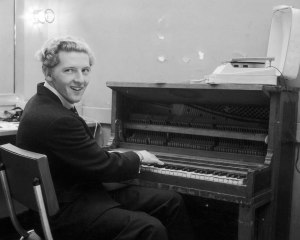 “My dear friend, my brother I miss you so much. I’m devastated today, a river of tears, but all my life I will treasure every second. The first time I saw you play with the DK’s in ‘81 you blew my mind. The power, the soul, the recklessness,” Flea wrote in tribute to Peligro Saturday.

“The usage does not justify the cost,” video app says in statement as Sony...

The collaboration marks yet another major project for Scott, who has slowly returned to...