Actress Sienna Miller recently gave Architectural Digest a look into her quaint 16th-century thatched-roof cottage in Buckinghamshire, England. When she isn’t starring in blockbuster films or television series, Miller, her daughter, friends, and family spend time relaxing at the house. For more than a decade, she left the faded chintz-filled interior with its structure untouched. However, during the pandemic, she got the urge to restore the house. For this task, she enlisted the help of her close friend, fellow actress and interior designer Gaby Dellal. Dellal first set about completely emptying the house from top to bottom. Following this, she contracted builders to replace the lattice windows, rip up the floors, and open the eaves of the bedroom. The old garage was also transformed into a guest bedroom for family and friends. In the end, Miller’s cottage was transformed into a lighter, more open space with colors and textures that segue from room to room. Love!

Netflix & The Cinema Society hosted a Hamptons screening of Uncoupled

Netflix and The Cinema Society came together to host an intimate screening party for new film, Uncoupled. The soirée was held at a private home on the water in East Hampton and the guest list featured a slew of Hollywood a-listers such as Neil Patrick Harris, David Burtka, Mariska Hargitay, Peter Hermann, Selma Blair, Nathan Lane, Eric Ripert, Rachel Zoe, creator Darren Star, and many more. The evening began with sunset cocktails and a summer picnic of fried chicken, sliced steak, burrata, mac & cheese, and roasted peach salad. This was followed by the outdoor screening of the new film overlooking Three Mile Harbor. See who was there, below! 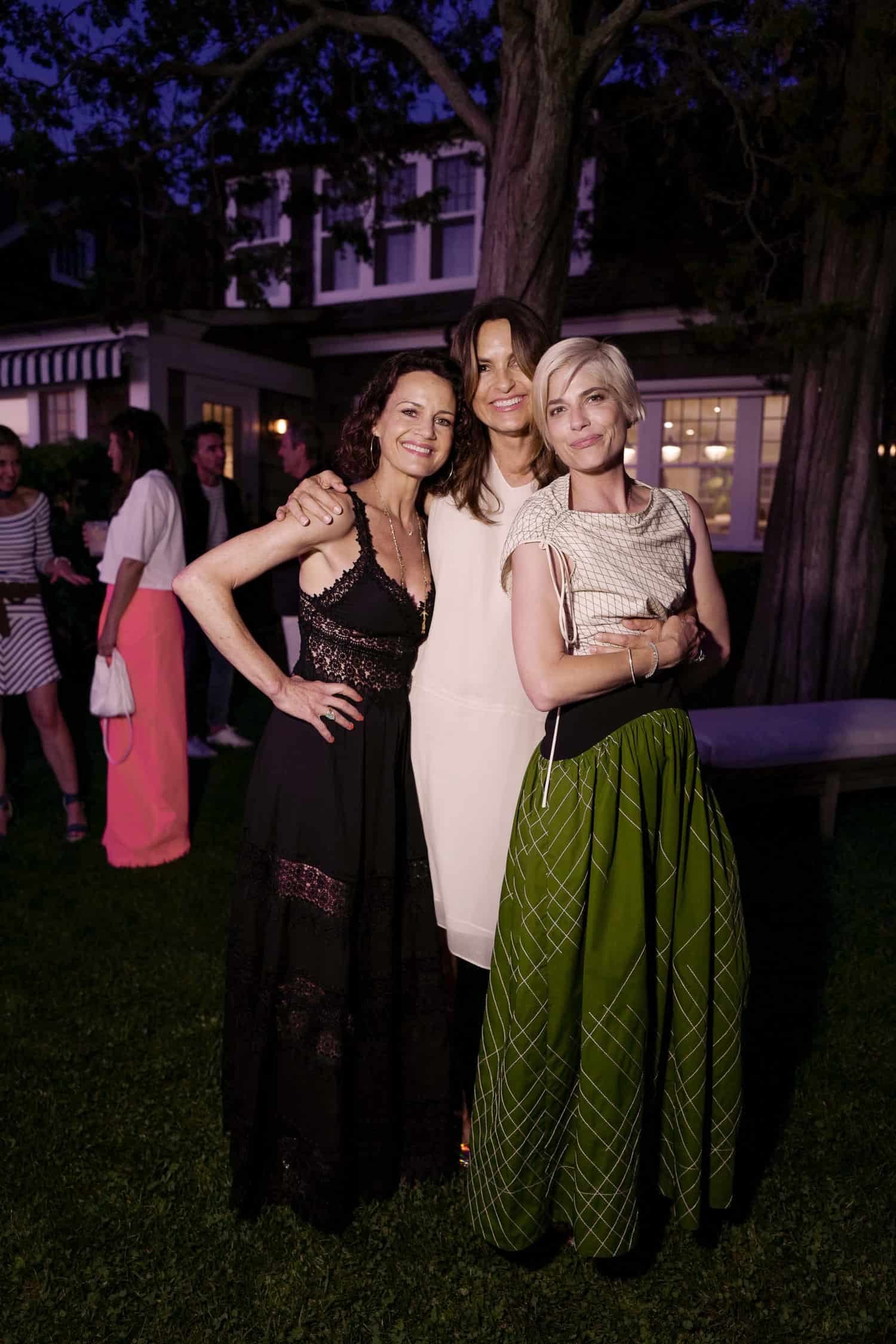 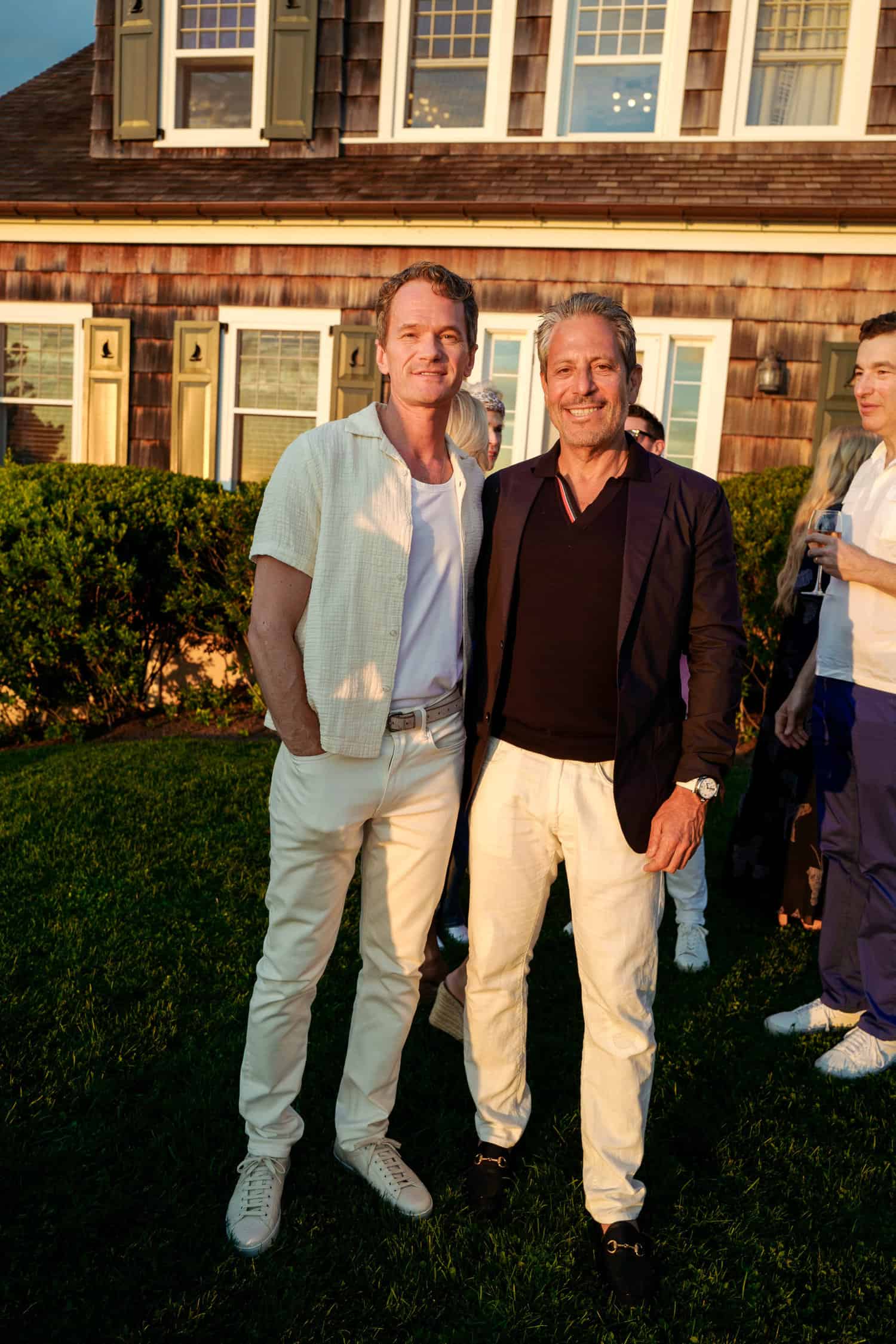 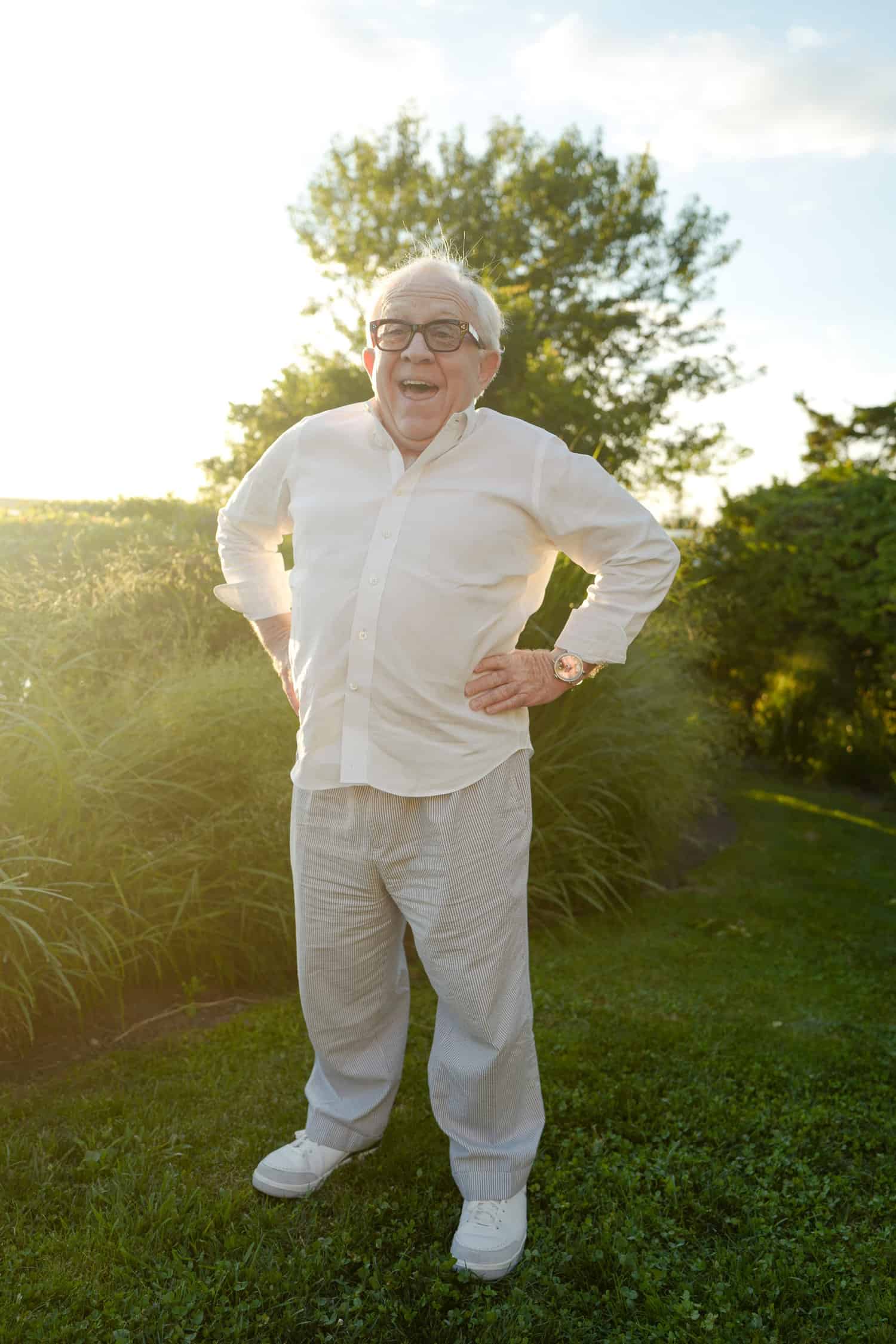 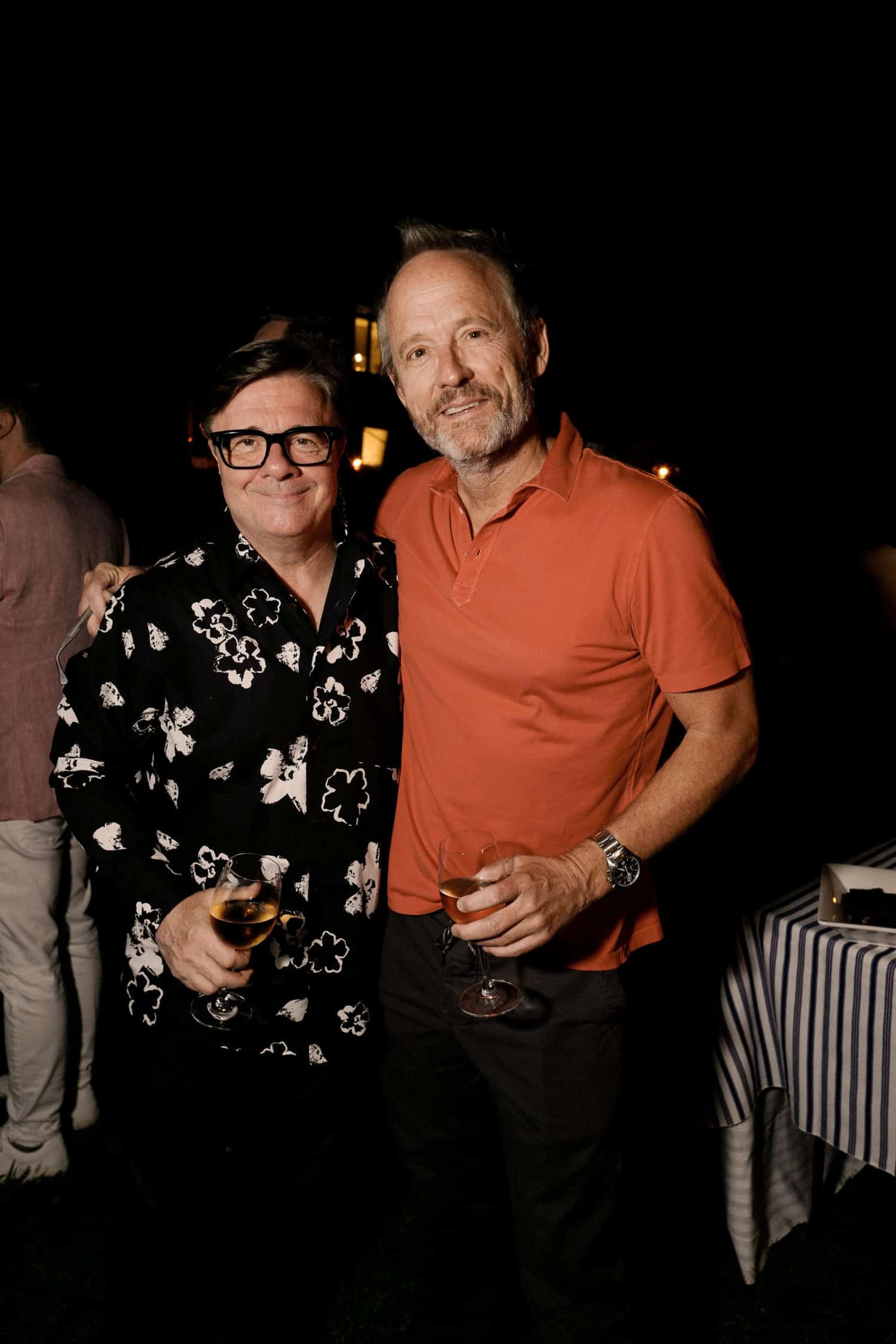 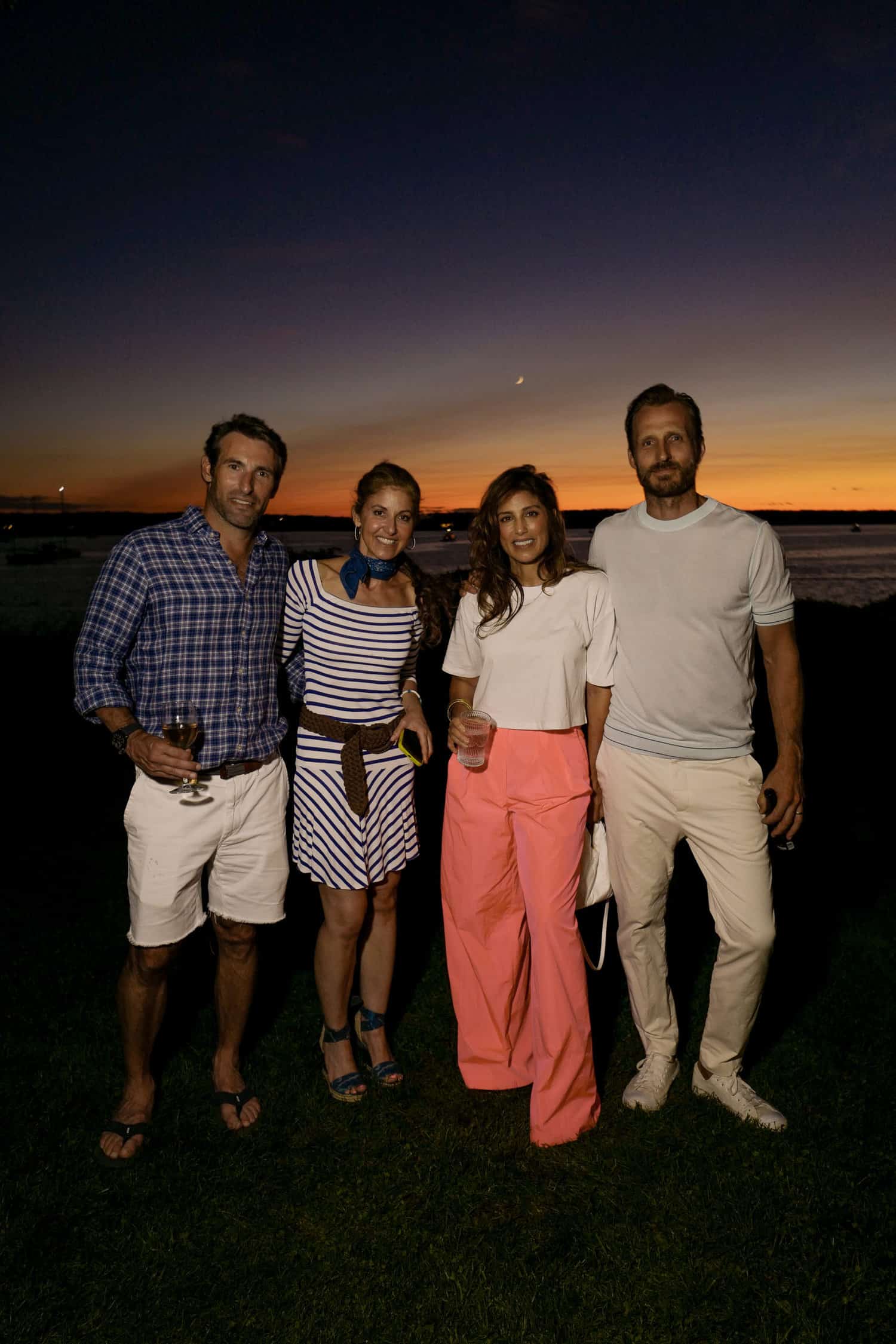 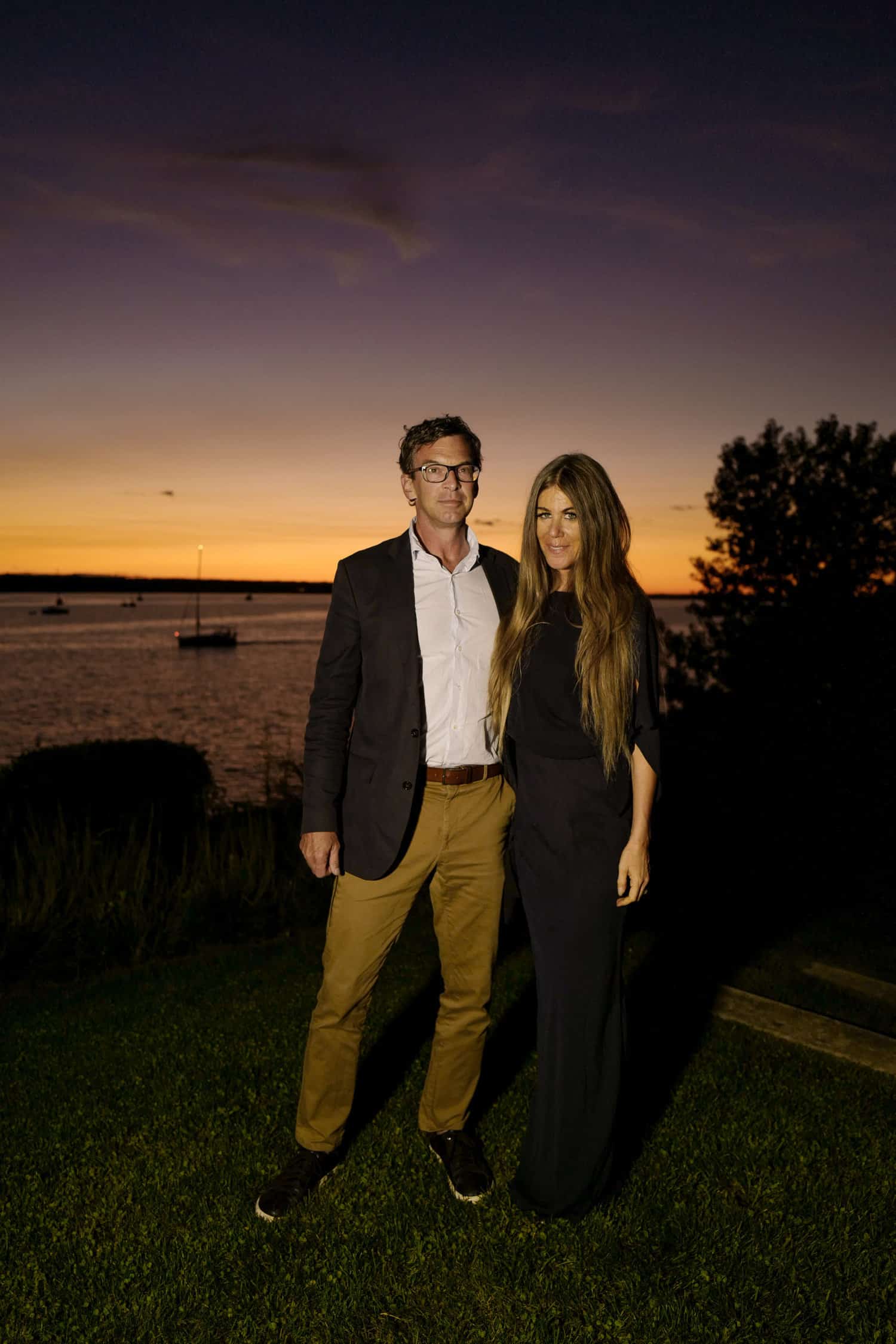 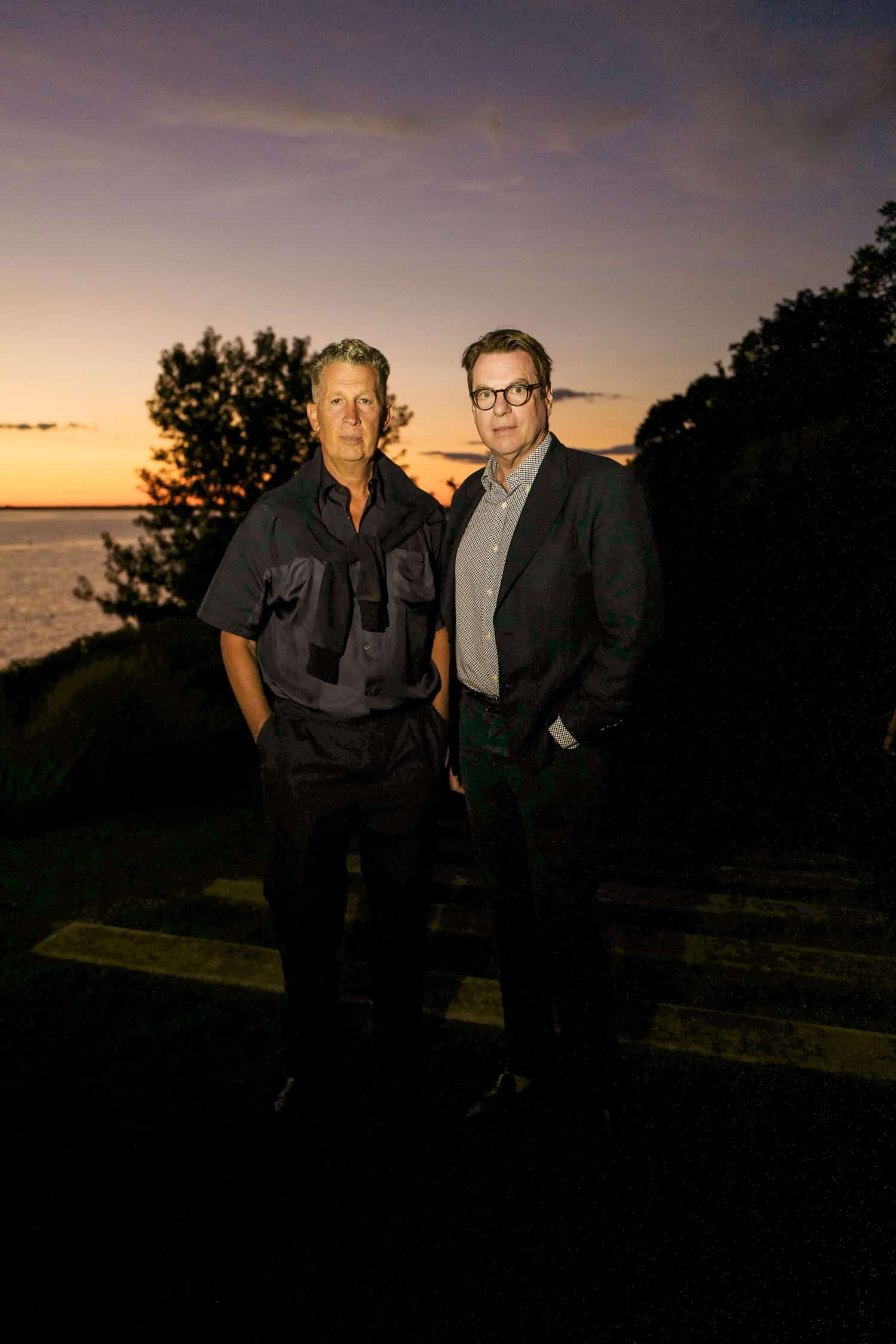 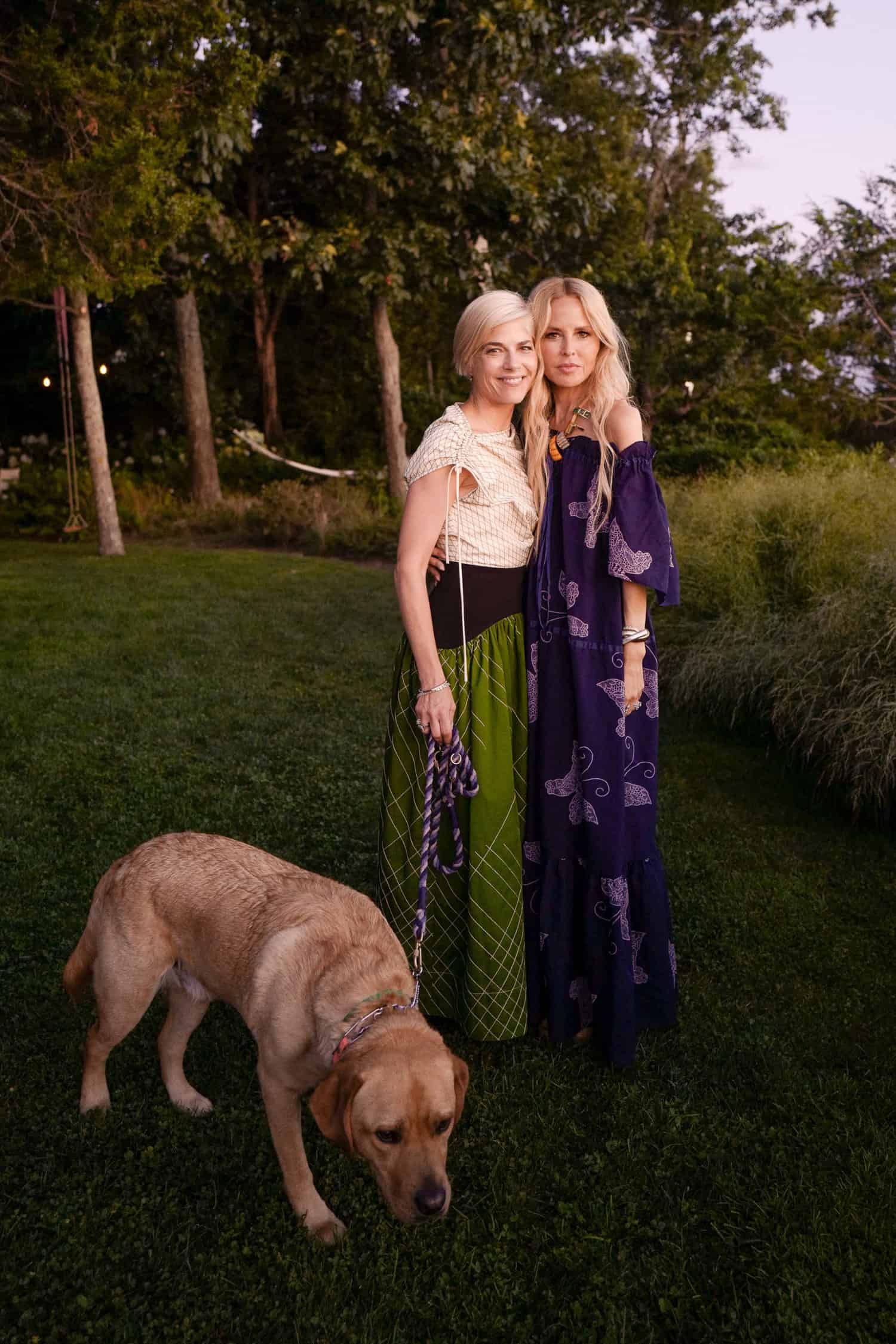 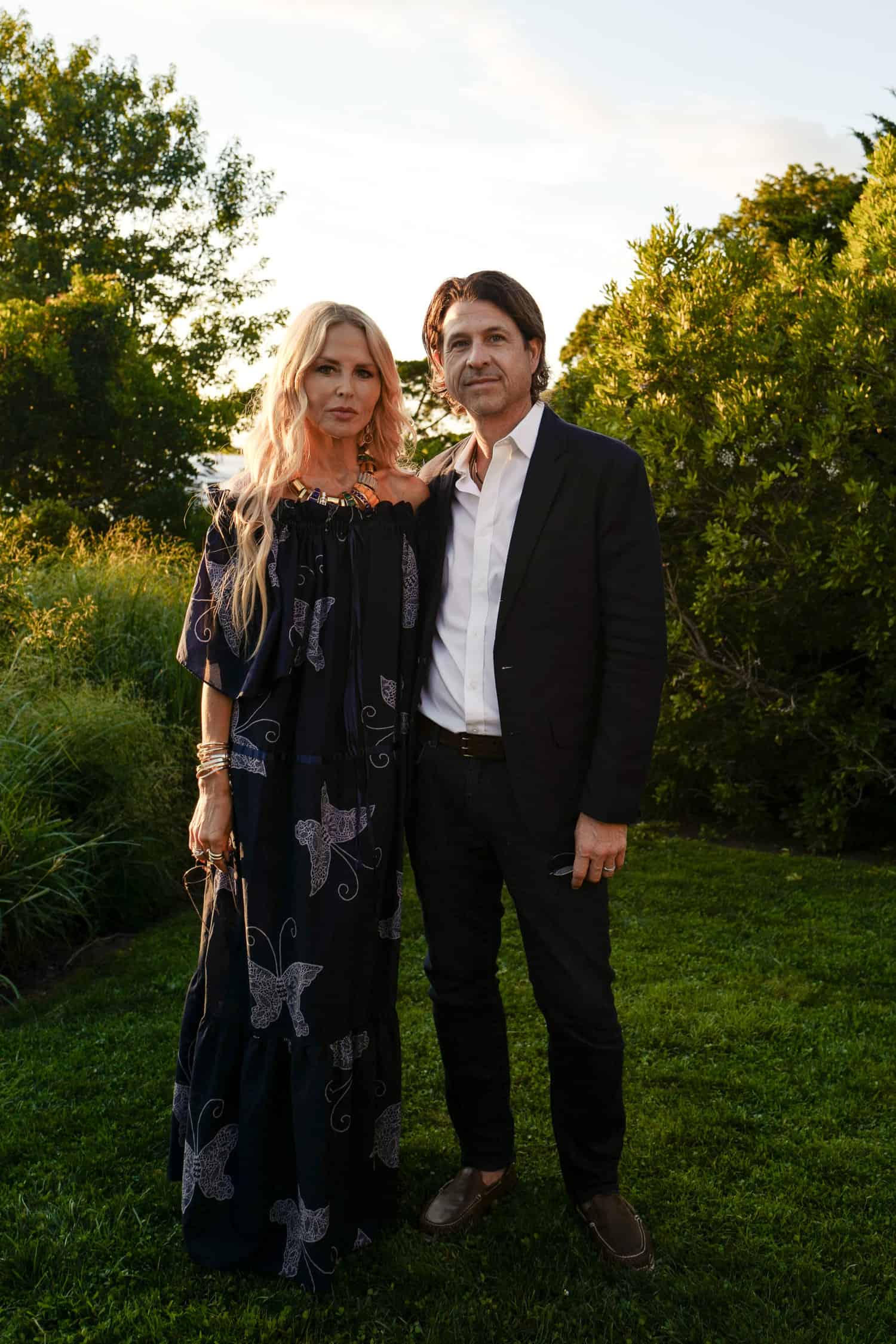 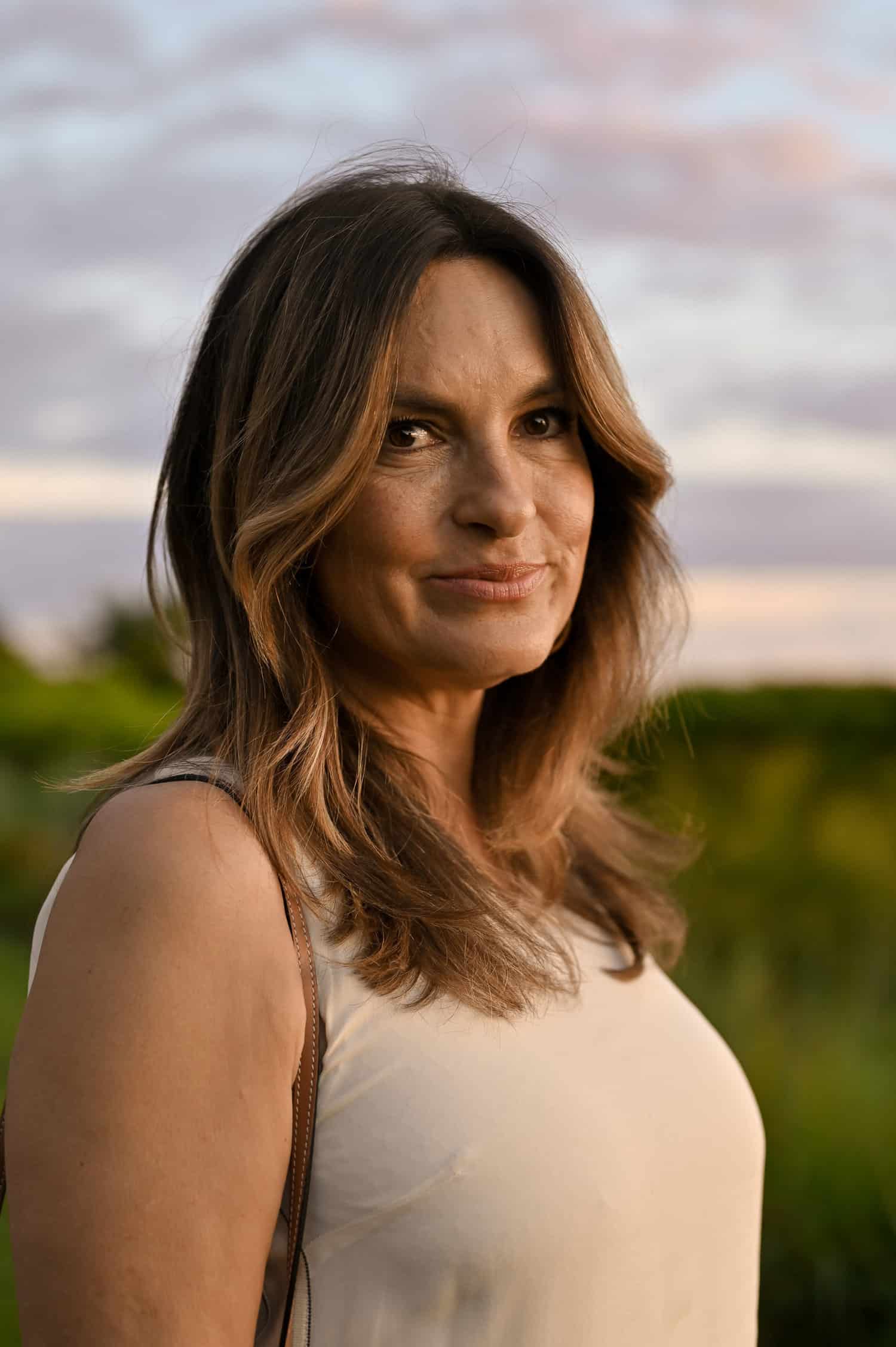 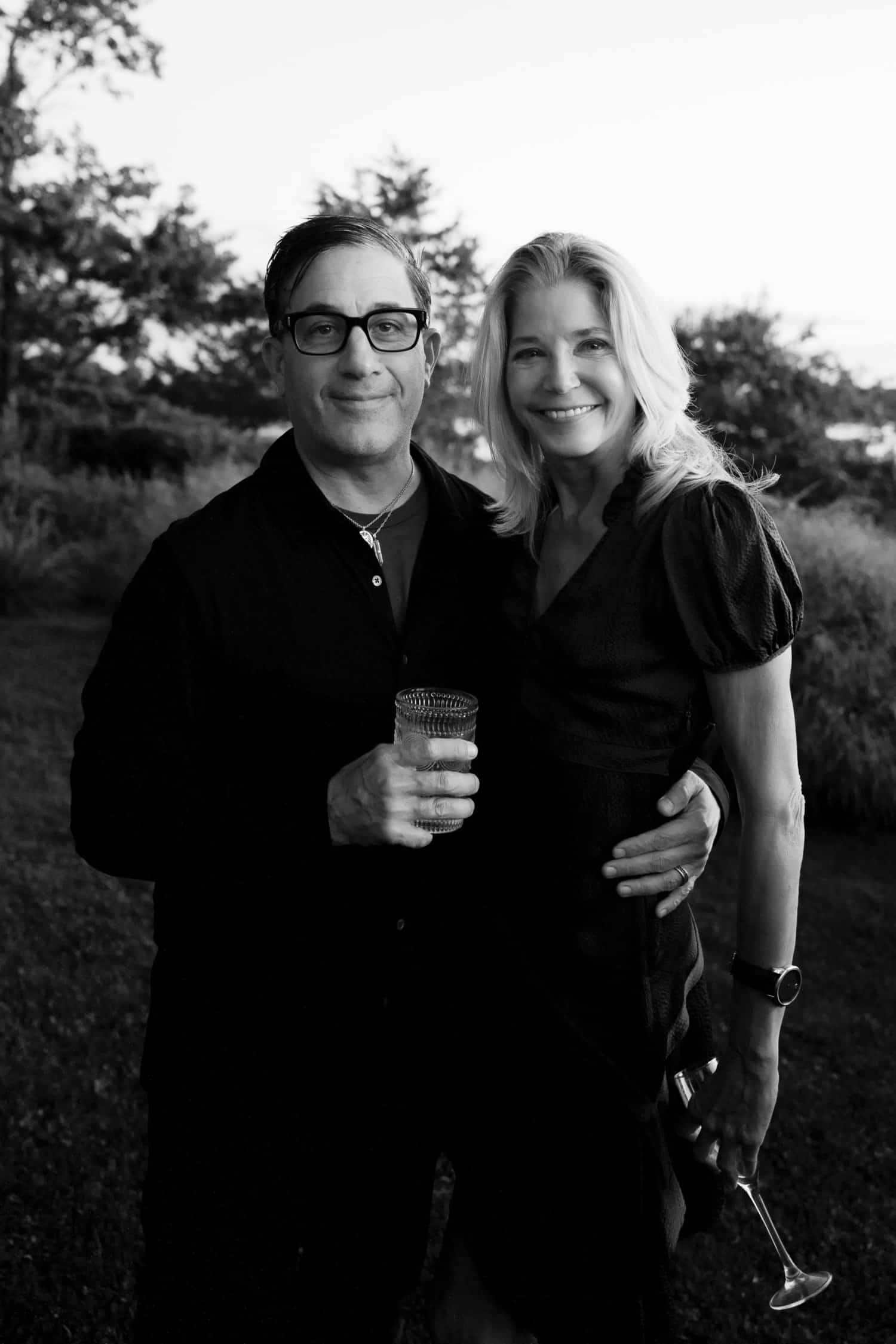 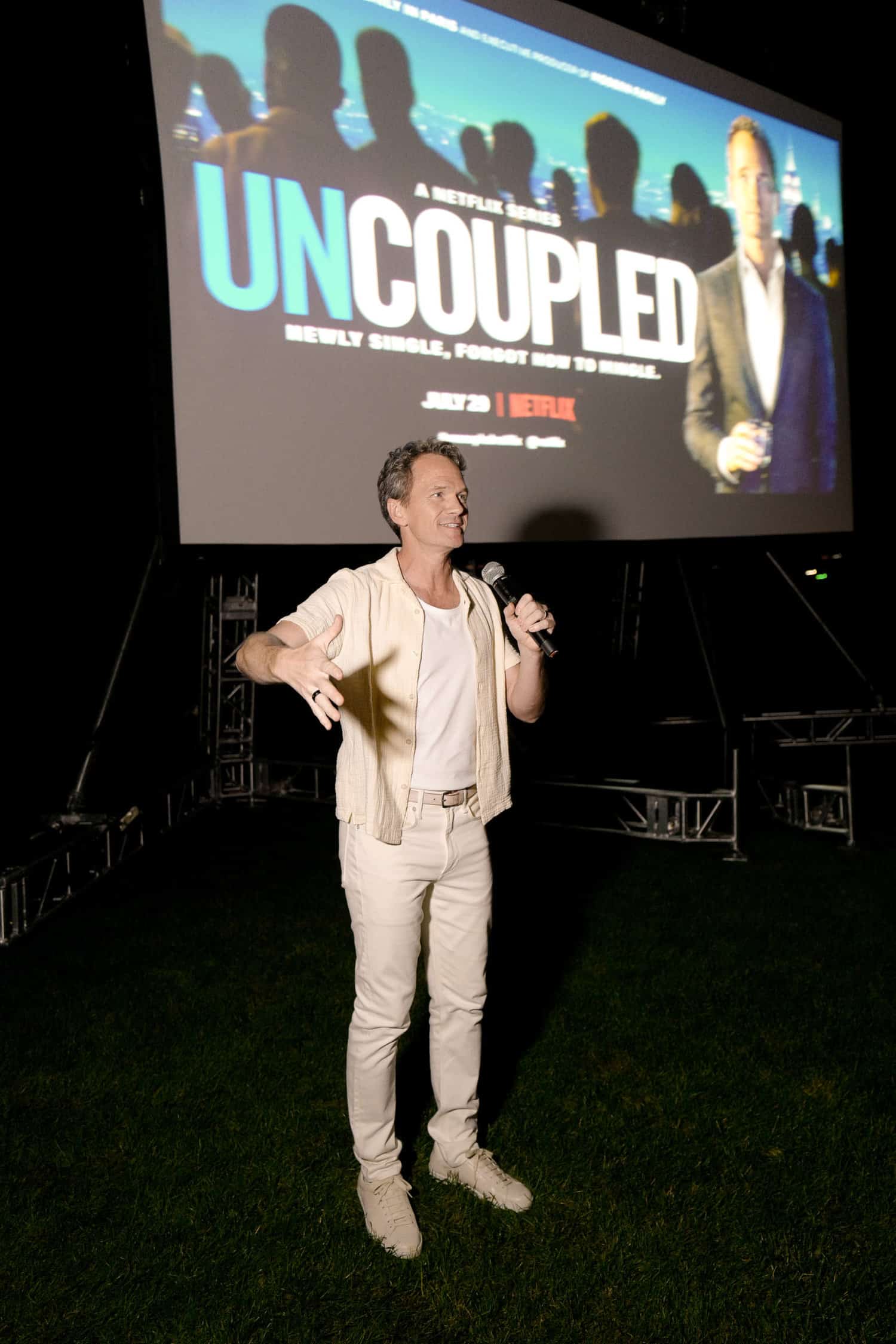 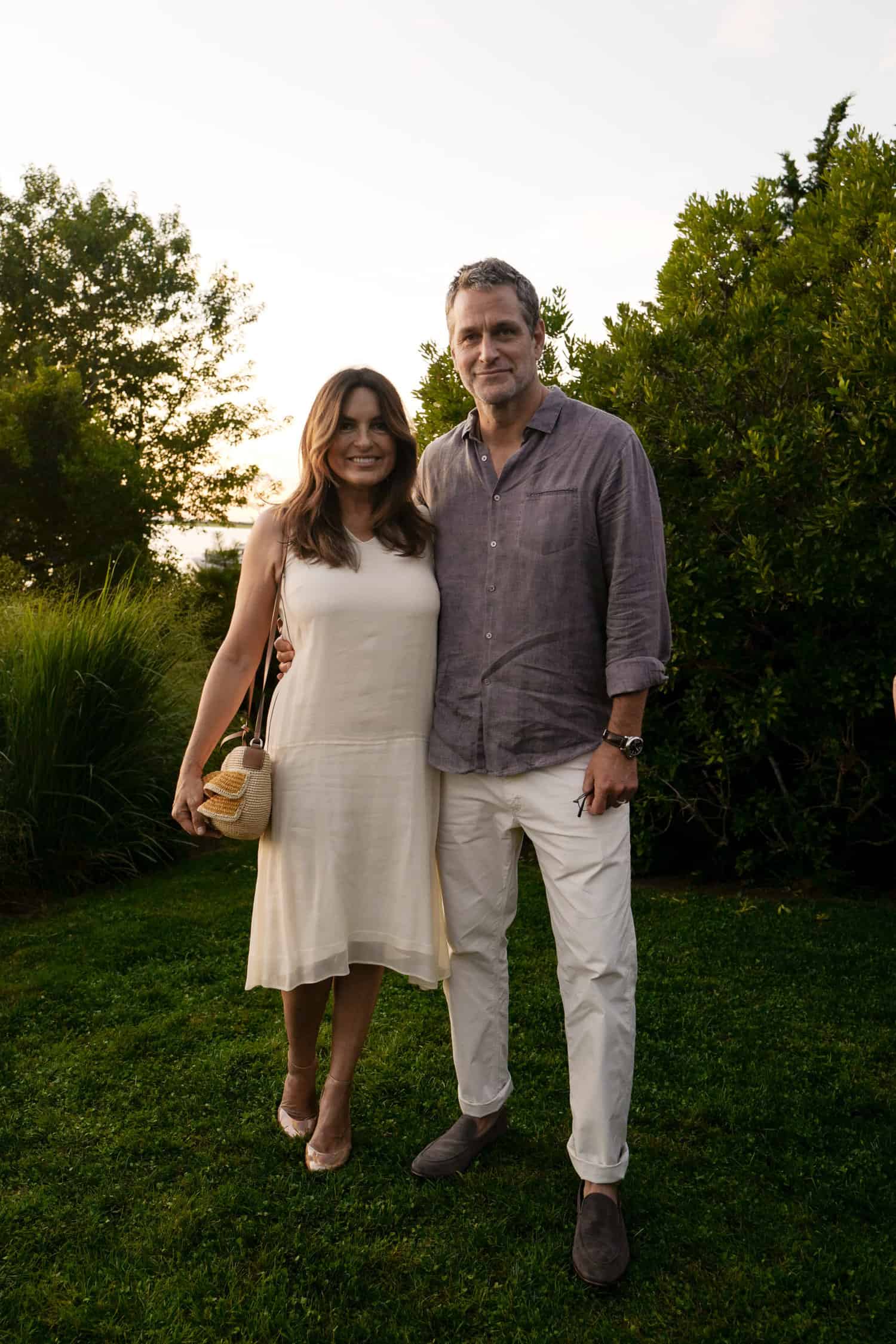 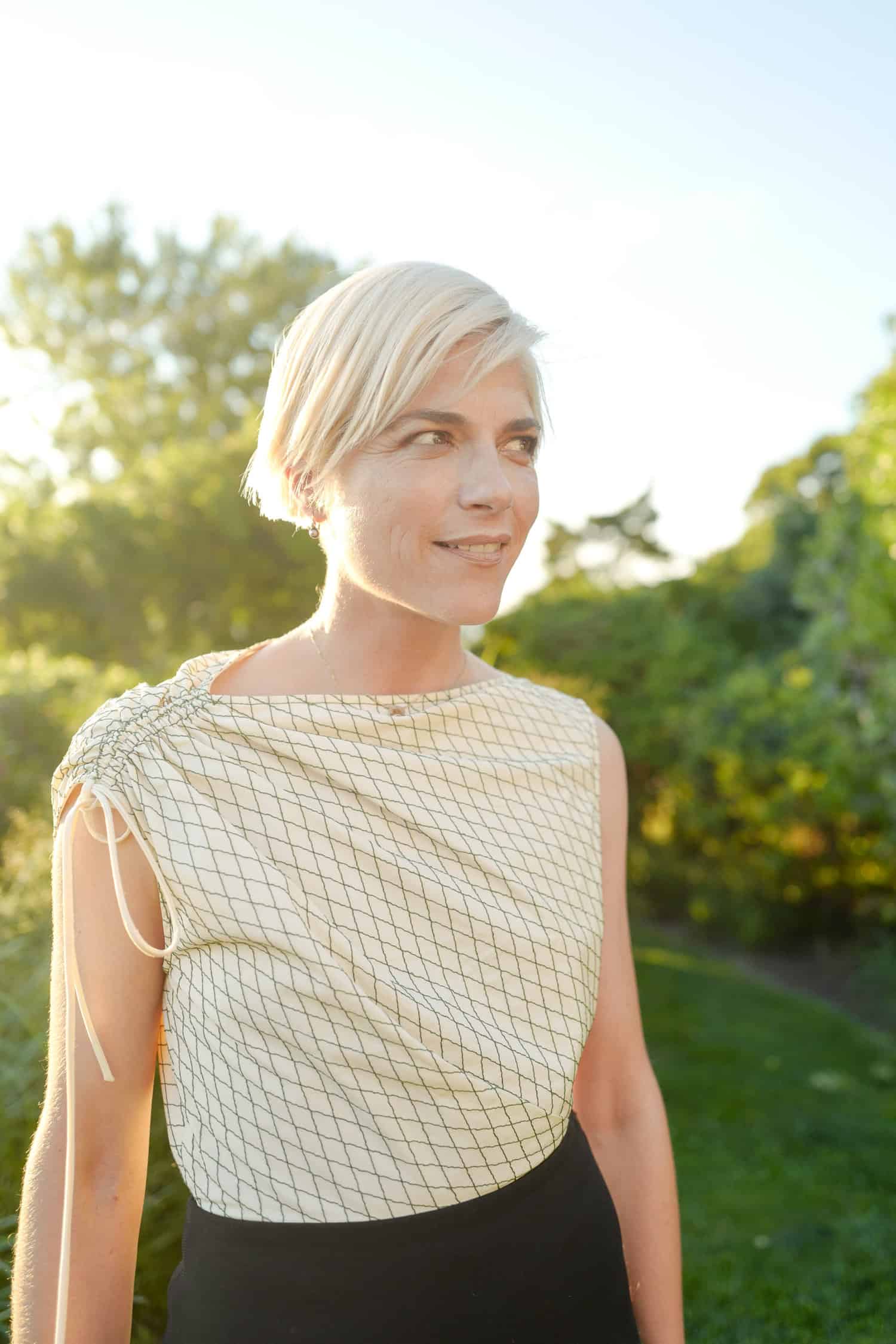 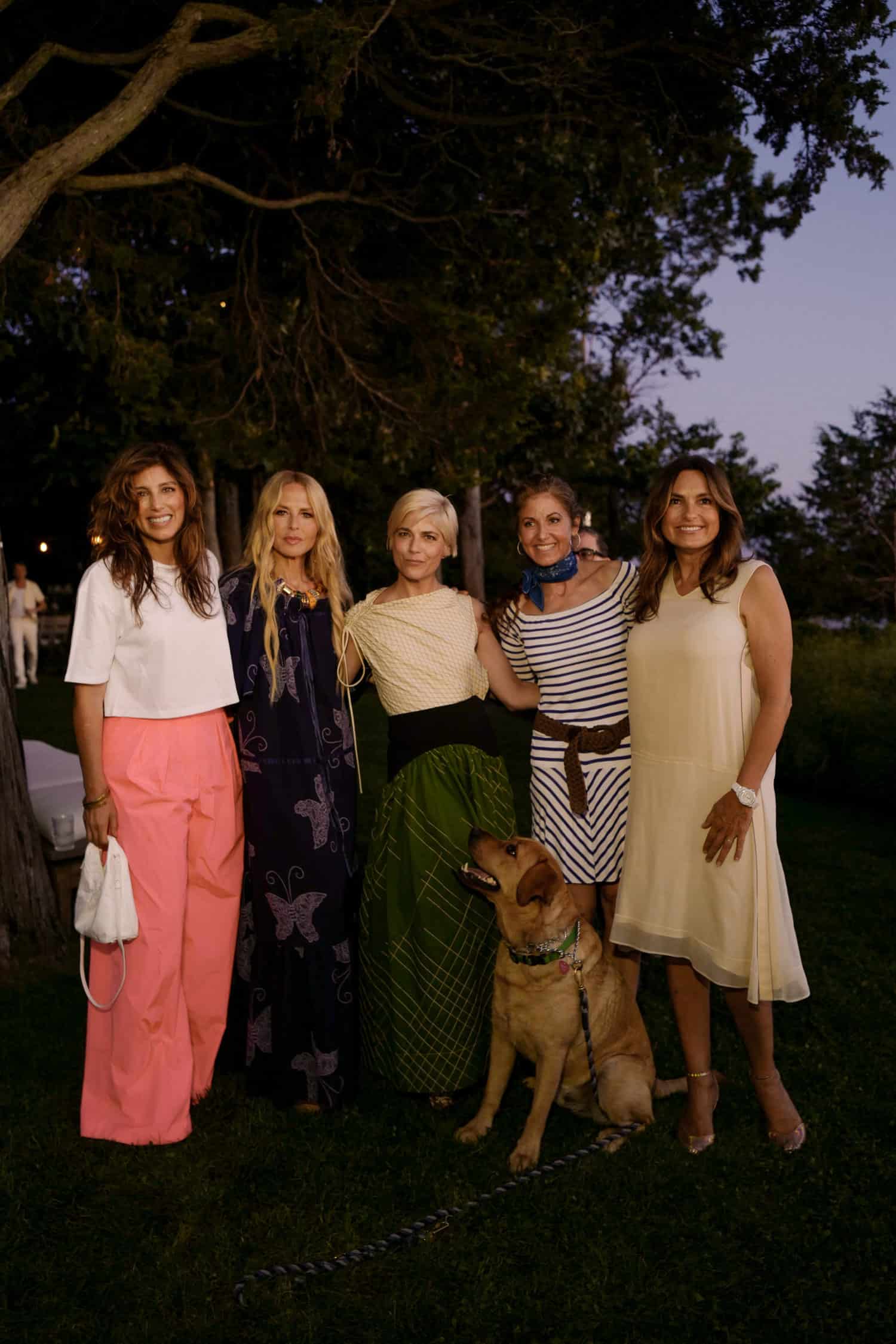 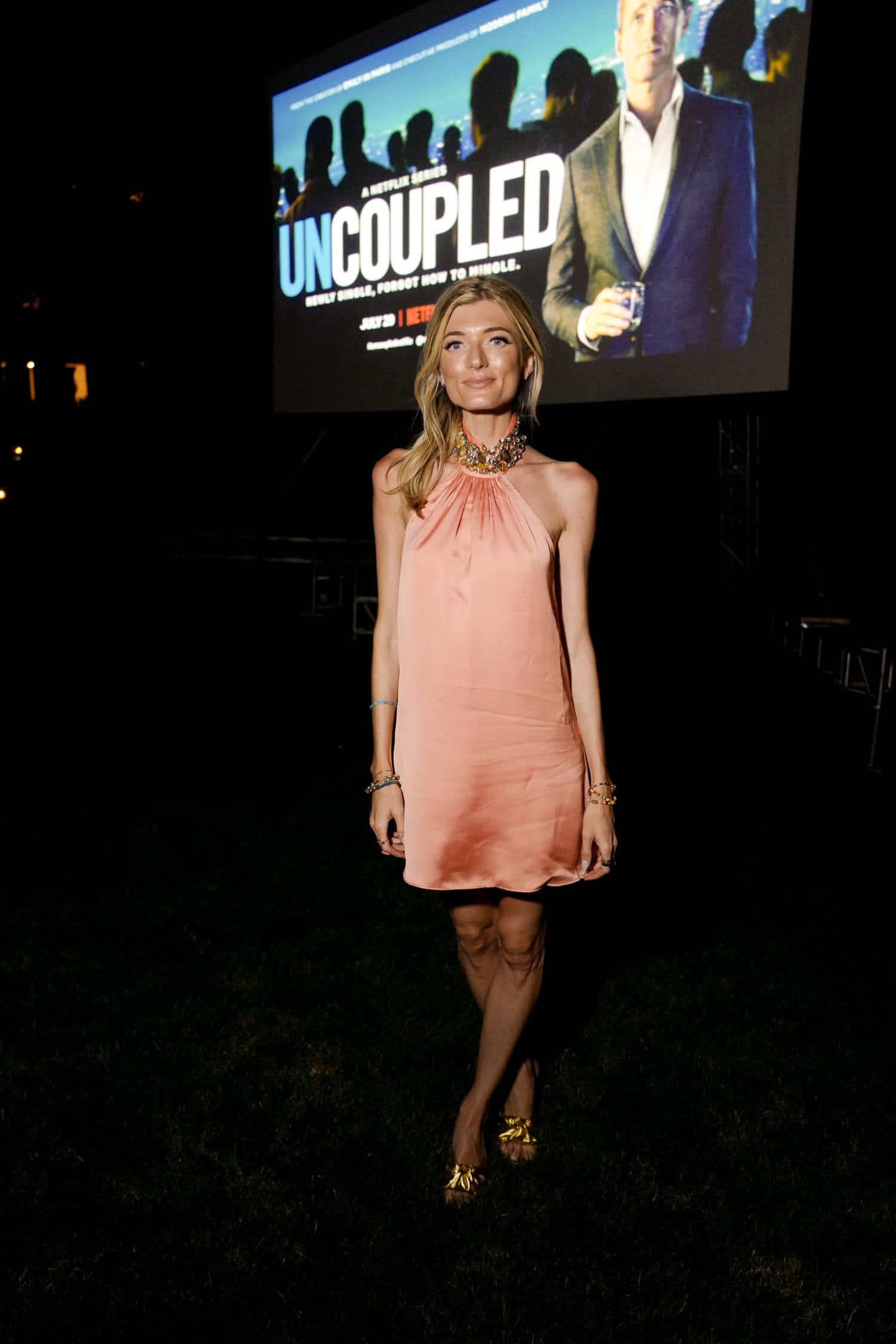 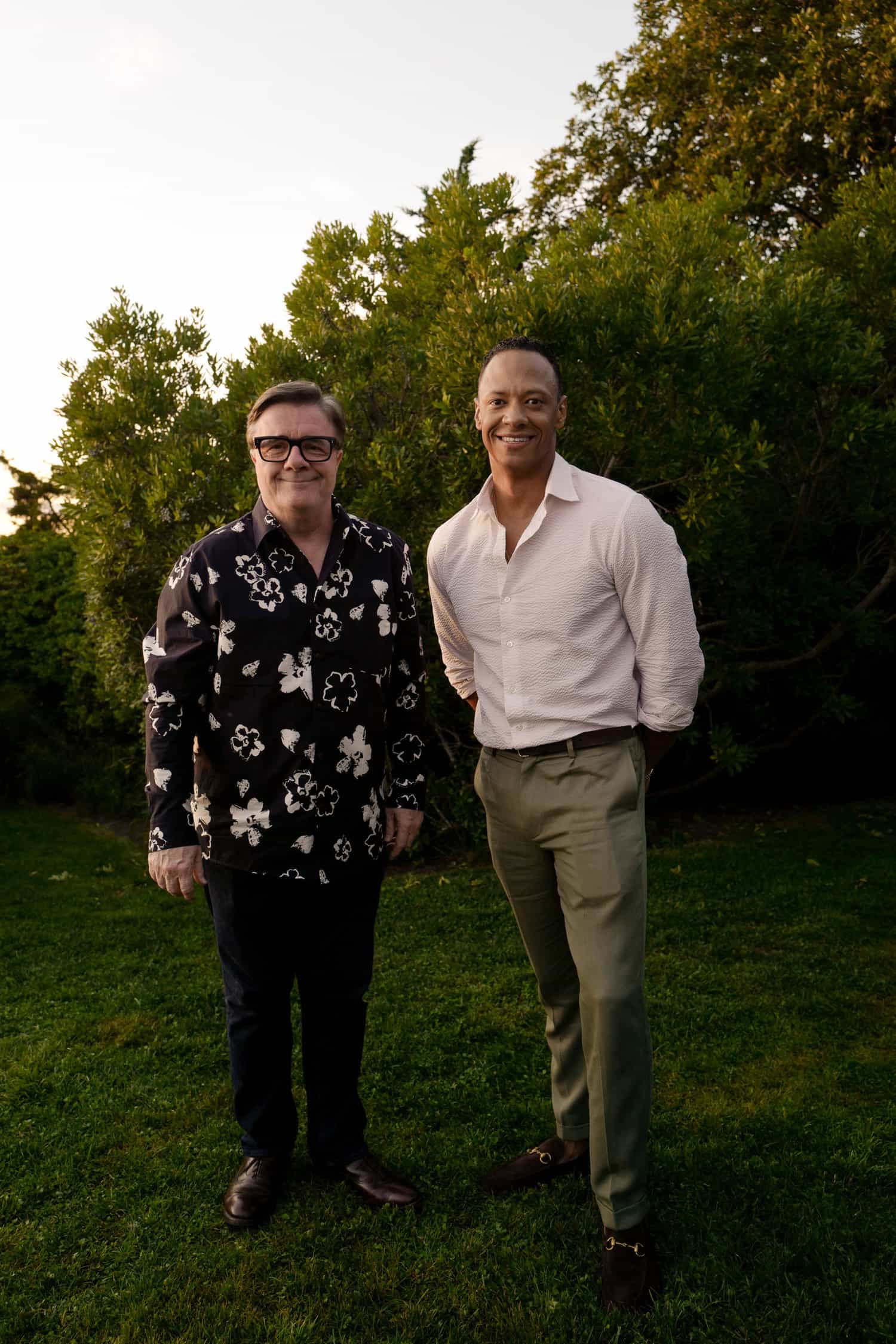 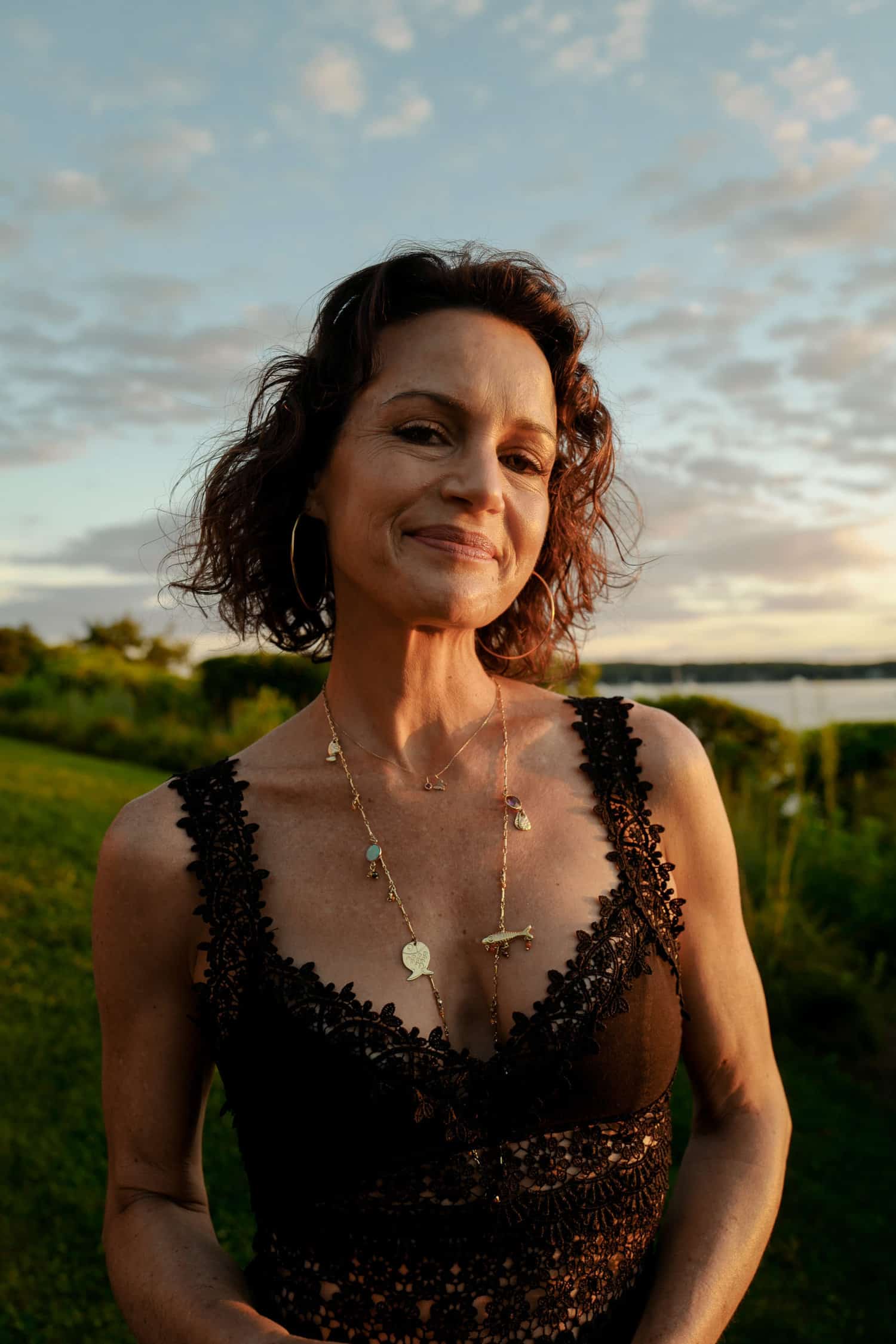 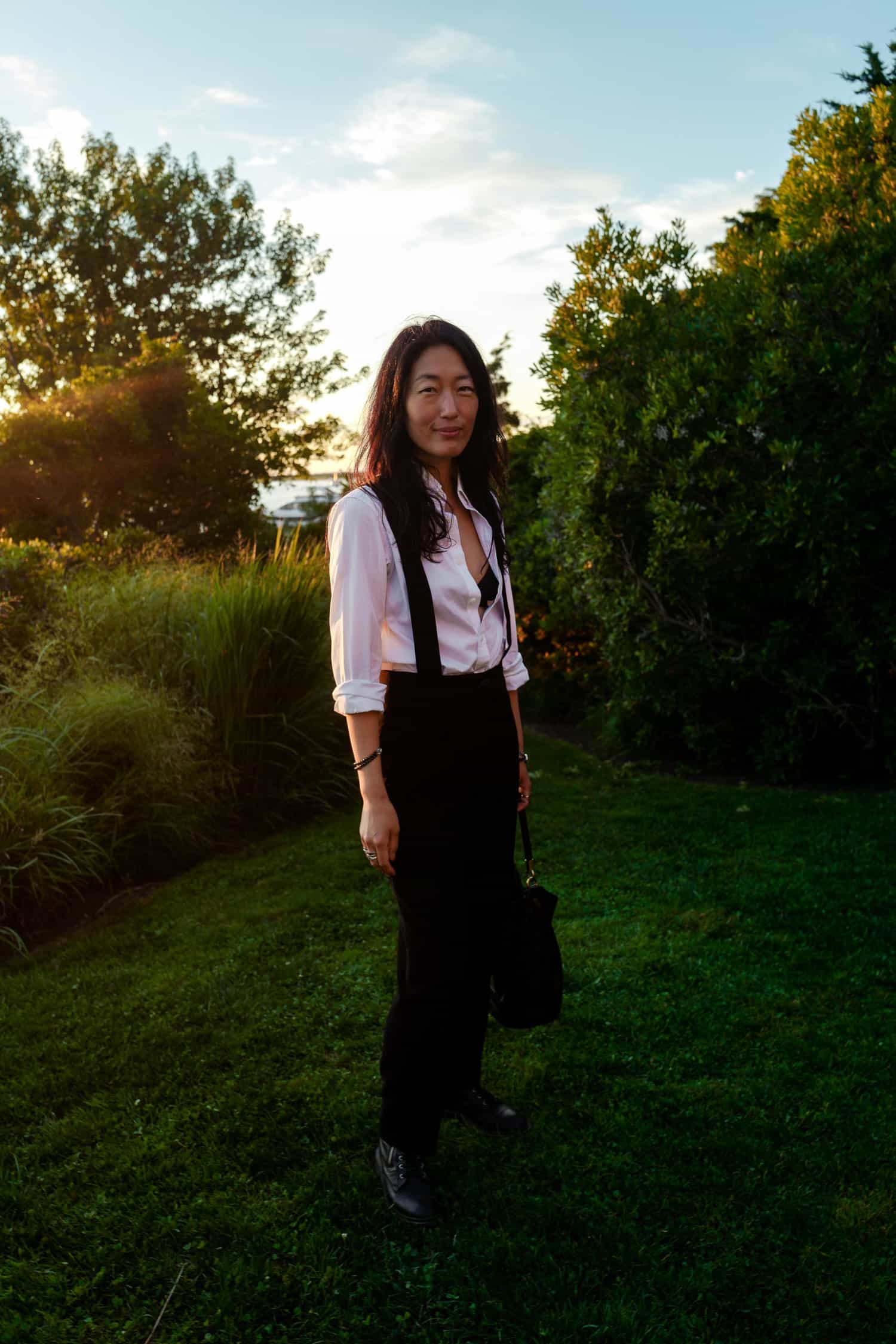 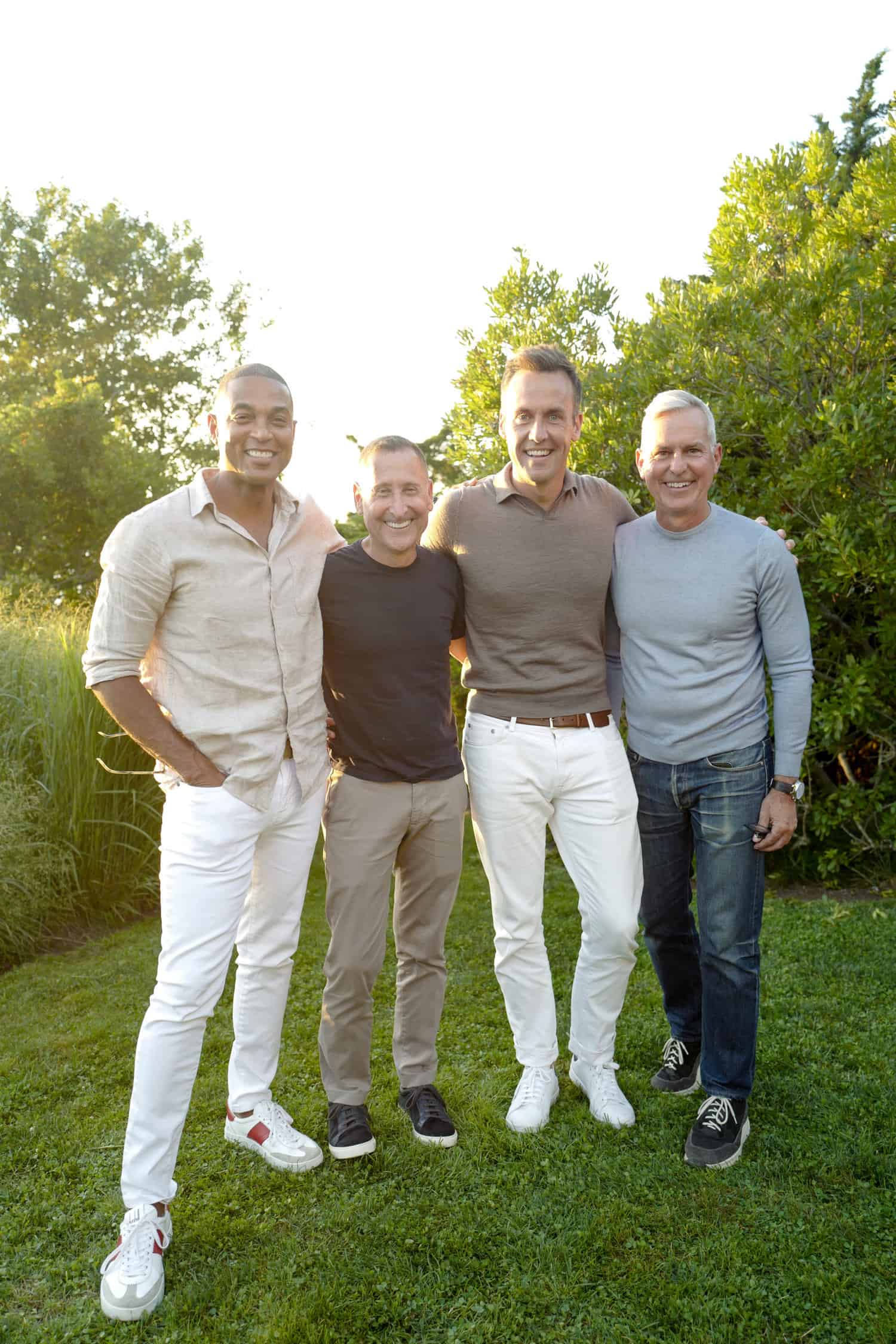 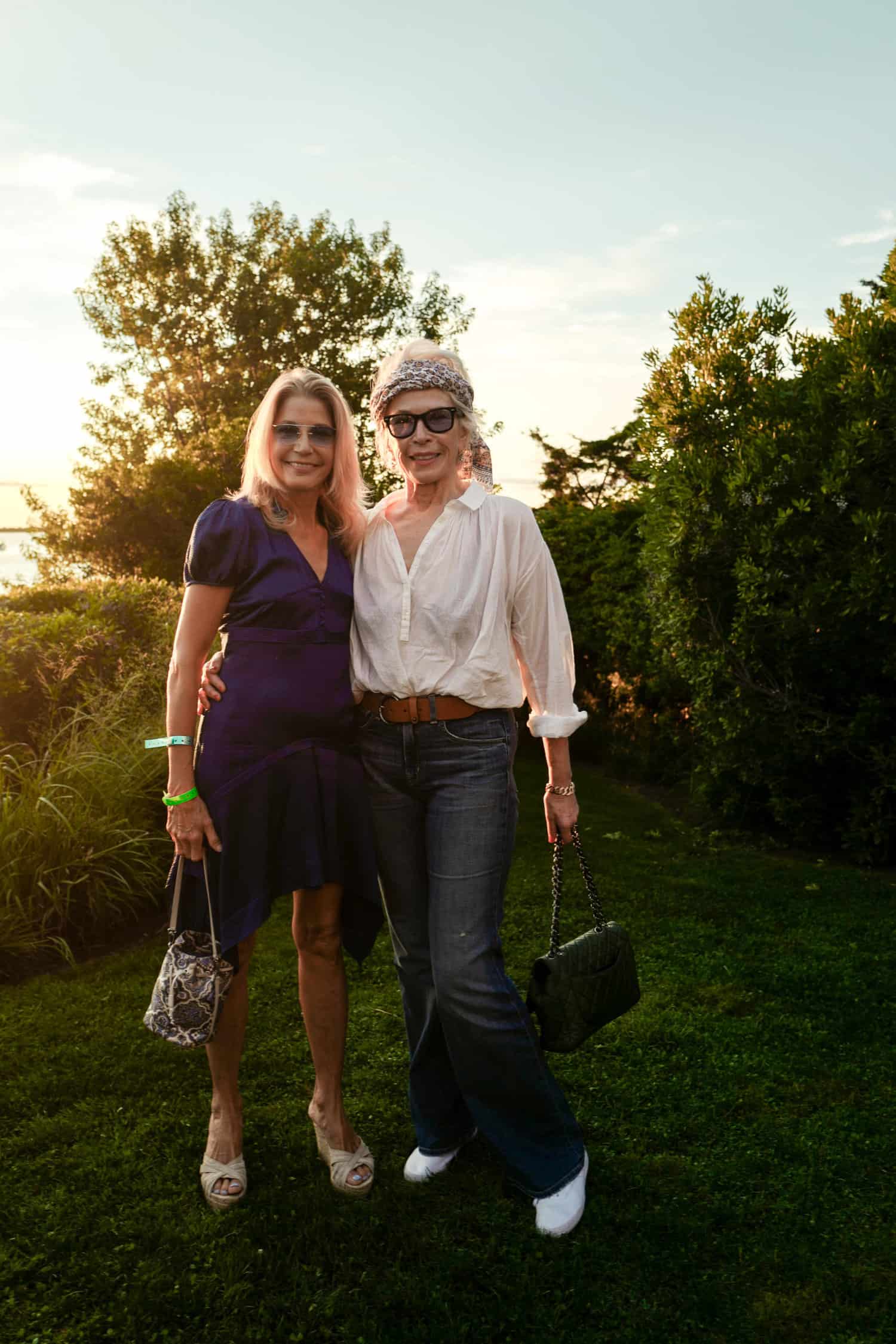 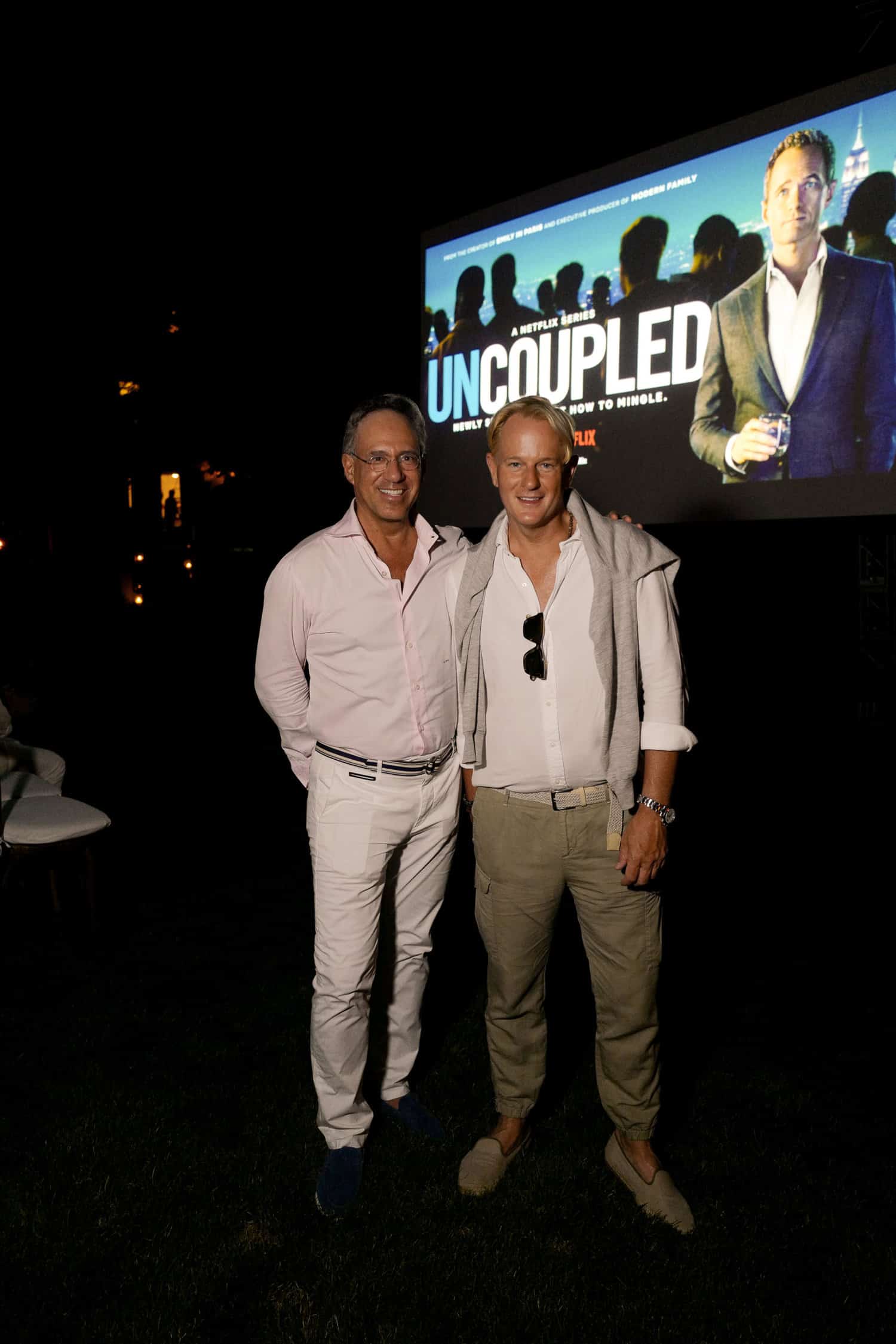 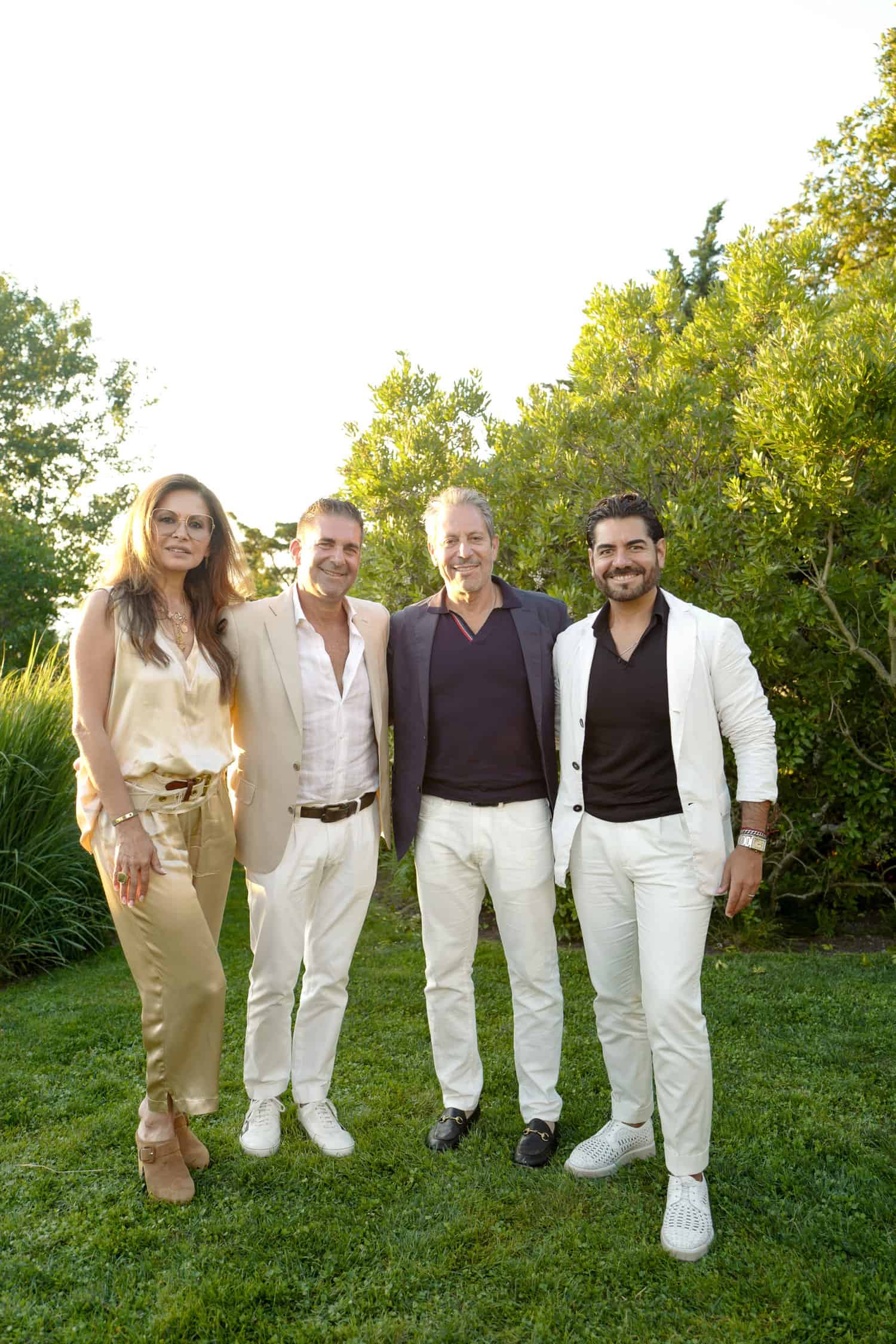 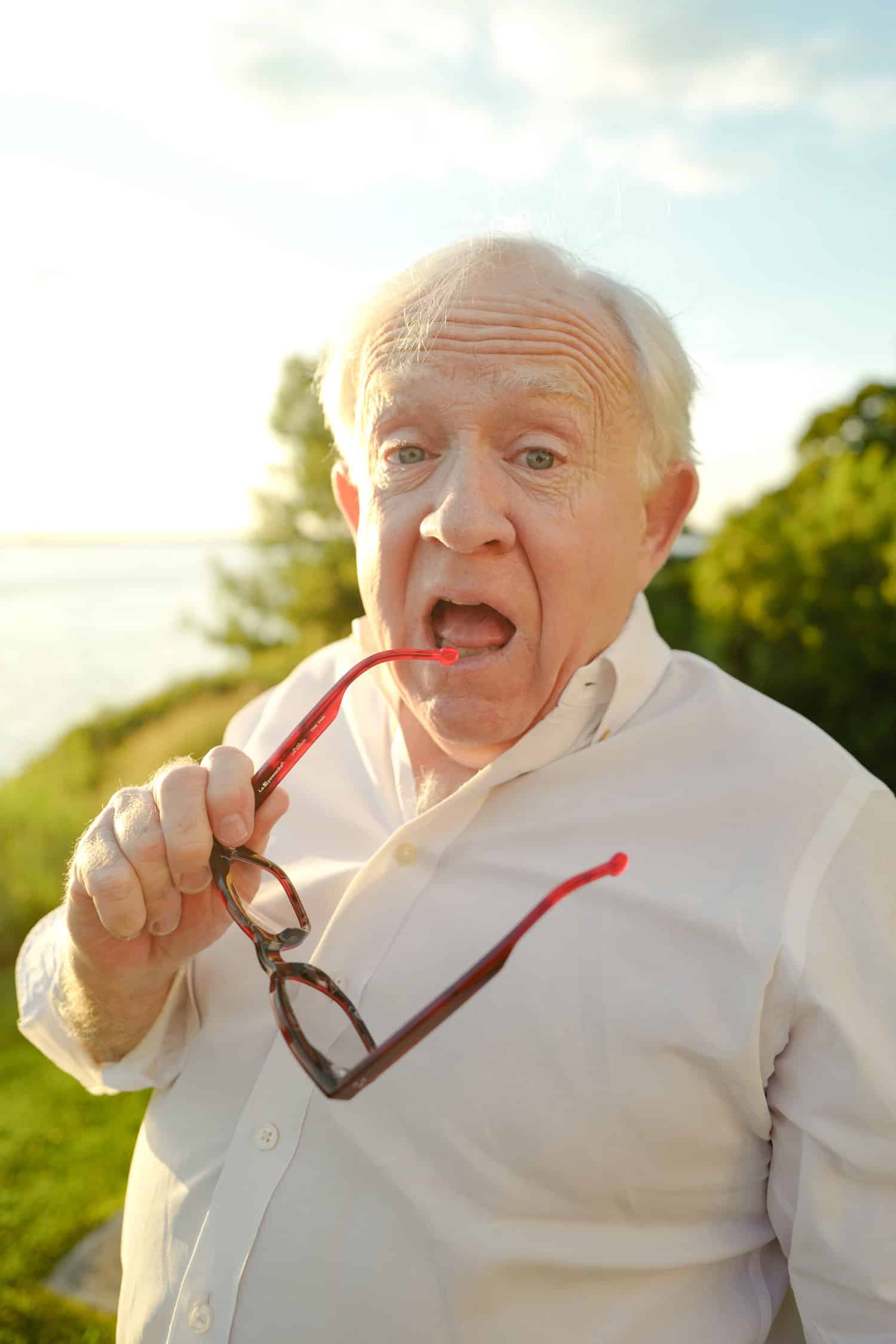 Highsnobiety hosted an intimate dinner and afterparty to welcome its newly-appointed editor in chief Willa Bennett. The evening kicked-off with a private dinner at Fanelli’s Cafe on Prince St. There, the Highsnobiety team and inner circle dined on the Soho institution’s signature chicken tenders, fries, and other favorites. The group then gathered at a private apartment for the afterparty. Guests included a who’s who of fashion, media, and culture such as Zoey Deutch, Dylan O’Brien, Ella Emhoff, Wisdom Kaye, Kevin Abstract, Adam Faze, Conor McKnight, Ian Bradley, Isabella Lalonde, and Flynn McGarry. Bennett began her role as Highsnobiety’s editor in chief early last week and will lead a global team based across New York, Berlin, Amsterdam, London, Milan, Los Angeles, and Sydney.

North West continues to amaze with her budding artistic talent. As seen on her mom’s Insta story, the nine-year-old daughter of Kim Kardashian and Kanye West paid a visit to her father’s Yeezy design studio. On top of modeling chic looks such as a black leather tank top, matching shorts, and an oversized pair of silver sunglasses, North also debuted more of her now-signature creepy sketches to the creative space. Kardashian posted a photo of her eldest child’s drawings, which featured a pair of alien-like faces with black eyes and braids. It is not yet confirmed whether or not the “emo” doodles will appear in a future Yeezy collection…only time will tell!

Everything we know about Kate Moss’ upcoming biopic

In recent weeks, Kate Moss has given fans an increasingly detailed view into her private life, speaking openly about her early modeling days and her past relationship with Johnny Depp. Now, she is going one step further and delving into her personal history for a biopic, Moss & Freud, which will center on her experience of sitting for painter Lucian Freud in 2002. So far, we know that Moss & Freud is set during an intense period of Moss’s life, over the course of the nine-month period when she was pregnant with her daughter Lila. Freud famously approached Moss after she mentioned in a conversation with i-D that one of her dreams was to be the subject of one of his paintings. In the end, the finished painting fetched £3.5 million during a Christie’s auction in 2005. The film itself is being penned by Oscar award-winning screenwriter James Lucas who previously brought home an Academy Award for his 2013 short with Sally Hawkins and Jim Broadbent. For her part, Moss will serve as executive producer and is reportedly already heavily involved in the development of the project. However, perhaps the most exciting prospect for the project is that, there’s a chance that whoever plays Moss might get the chance to wear her own clothes. Moss has a large archive of her own clothing dating back to spring/summer 1993, and given her high level of involvement in production, it’s not impossible that she might loan some of her vintage pieces to the film. 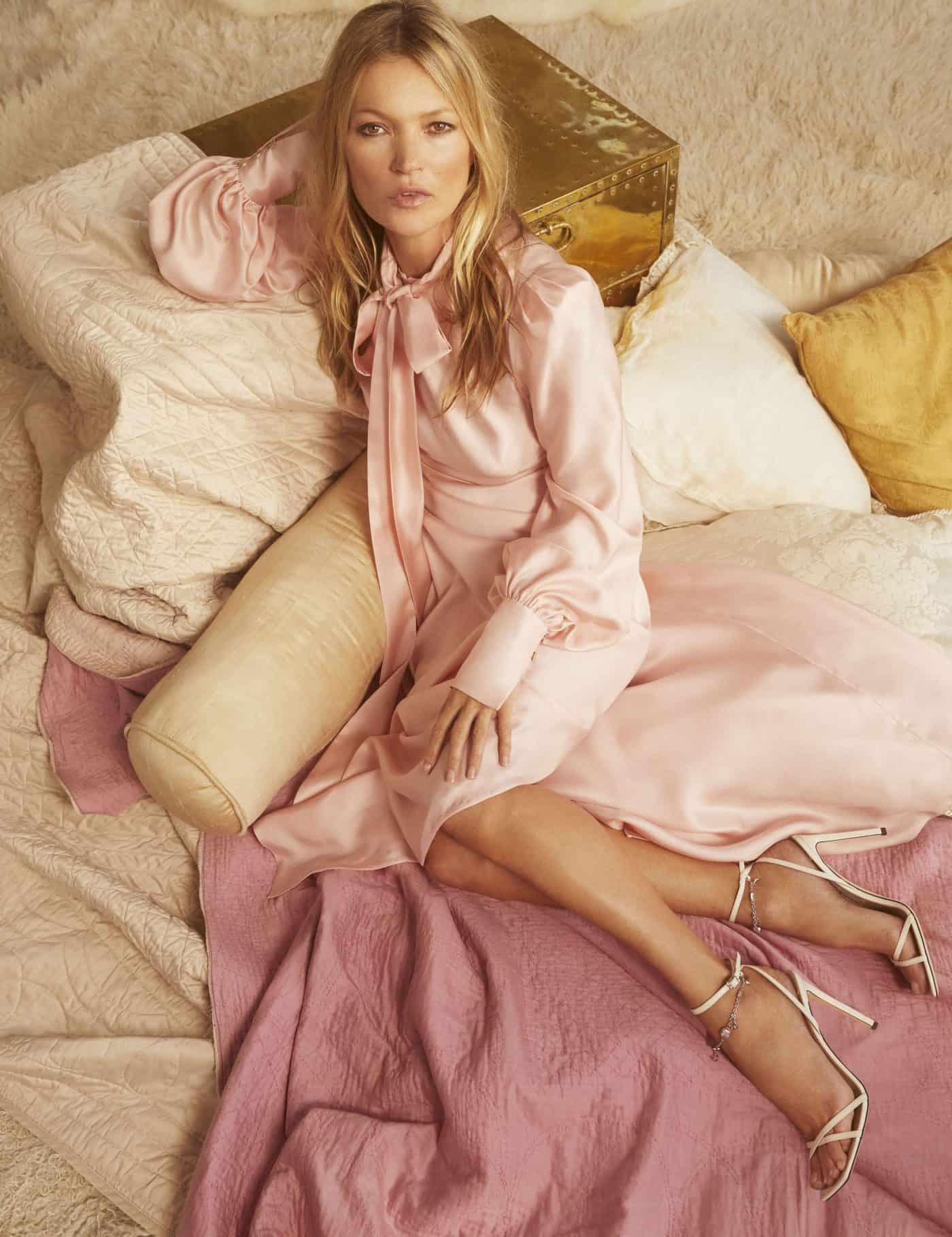 Your cheat sheet to this September’s Milan Fashion Week

This season, Milan’s showcase will run from September 20 to 26 and, with 67 mostly physical shows, it will no doubt be a busy affair. According to the provisional calendar issued by the Camera Nazionale della Moda Italiana, the week will kick off on September 20 with the Milano Moda Graduate event, the fashion organizing body’s awards for graduate collections. Following this, on September 21, the We Are Made in Italy collective of designers and fashion professionals of color will be showing digitally, followed by Antonio Marras, who’s making a return to the official calendar with a physical runway show after a few seasons of presentations. That will be followed by, among others, Diesel and Fendi, the former of which is opening up its show to the public. On September 23, Marco de Vincenzo will be presenting its first collection as creative director for Etro just a few hours after Filippo Grazioli is set to present his renewed vision for Missoni. The next day, Salvatore Ferragamo is slated to present its first collection with Maximilian Davis at its helm, while Rhuigi Villaseñor will show his debut show as Bally’s creative director. Moncler will then cap off that day by celebrating its 70th anniversary. Then, on September 25, Matty Bovan, who is being supported by Dolce & Gabbana this season, will make his MFW debut with a physical show. The last day will feature strictly digital presentations, including that of the Johannesburg-based label Mmusomaxwell, which is currently being led by Mmuso Potsane and Maxwell Boko. 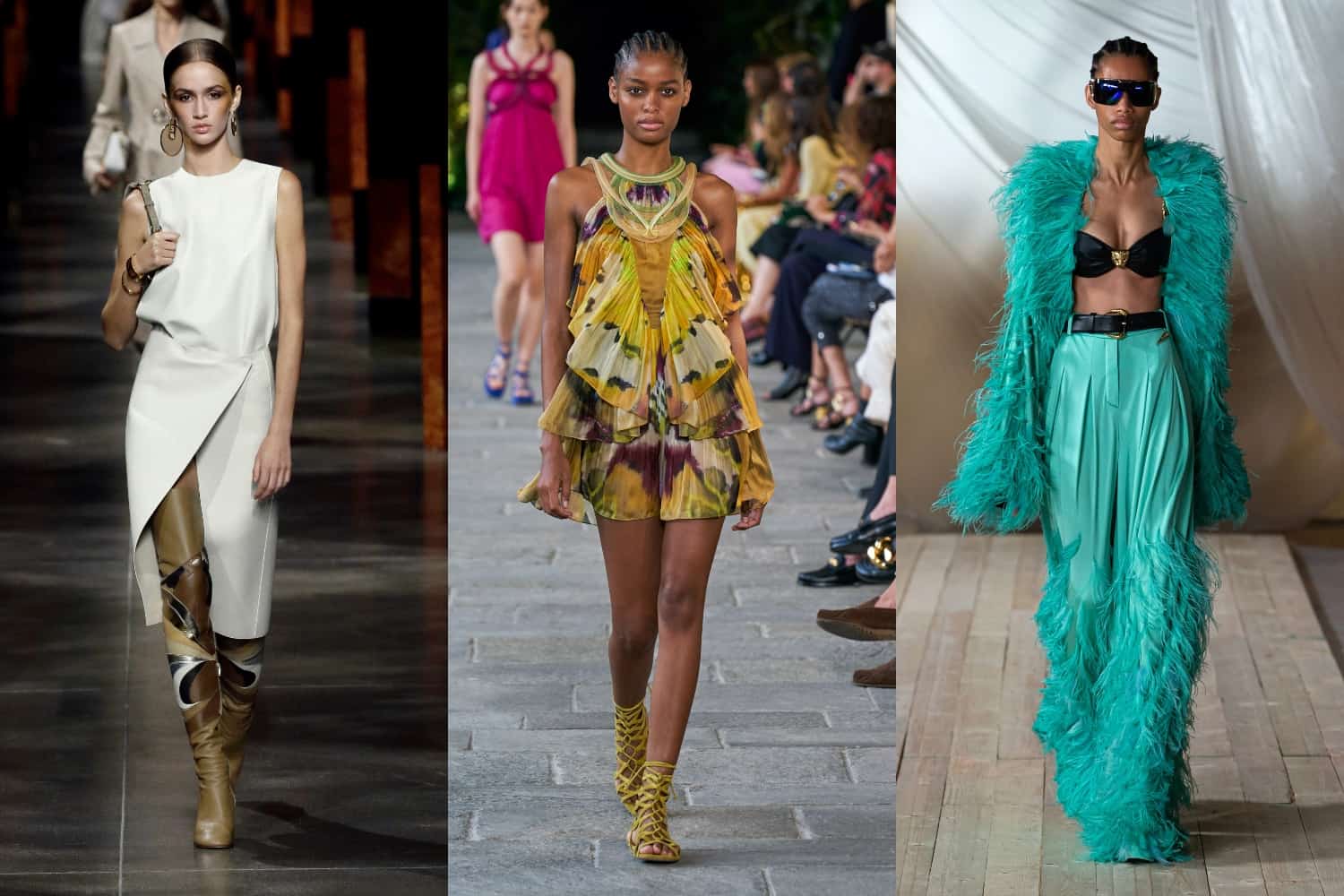 Legendary supermodel Amber Valletta recently spoke to Byrdie and shared a small, but insightful portion of her three decades worth of skincare experience. Valletta began her modeling career at 15 and from that tender age, treated skincare like the job it was. Today, she swears by Ayurvedic treatments and products from the brand Surya, and her latest skincare obsession from them takes care of the skin that’s not on her face. She explained to Byrdie, “maybe this wasn’t this skincare you were asking about, but I recently tried Surya’s Yoni Steam. It feels meditative, healing, and the one I use is designed to help balance hormones and regulate periods. I love it.” Check out the full interview on Byrdie to learn more about the Valletta’s biggest skincare pet peeves and her natural approach to beauty. 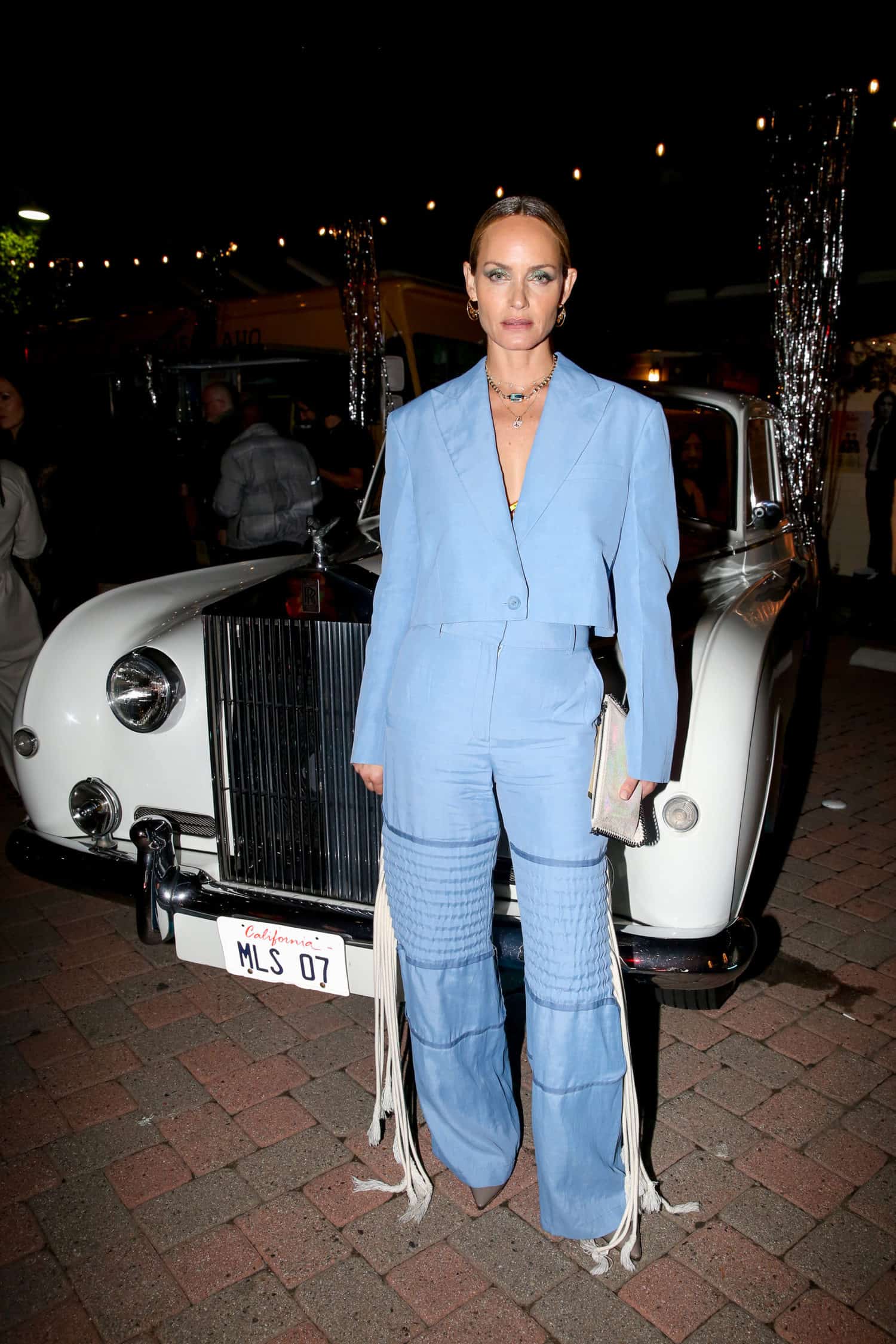 Olivia Wilde and her business partner and best friend, Babs Burchfield have partnered with the globally-minded brand Cleobella for a Hamptons-exclusive collection.The eight-piece capsule takes inspiration from summers on East Coast beaches to highlight the brand’s commitments to the planet. The collection will also raise funds for Physicians for Reproductive Health. For the collab, Wilde and Burchfield looked to their own journey with sustainability and philanthropy, which began in Haiti over a decade ago and resulted in their coming together to create Conscious Commerce. “We’re trying to encourage people to be more thoughtful about what they wear and how they buy it. We love this Cleobella collection because it’s both timeless and it’s on trend,” Wilde said. “It’s meant to last you multiple seasons, multiple adventures…” Burchfield and Cleobella founder, Angela O’Brien recently celebrated the launch in Montauk at The Surf Lodge among friends and fans of the brand.

The Express x Simon Spurr collection is here. Landing today, the offering was created with a conscious-focus by British designer Simon Spurr and includes a series of elevated, unisex denim pieces for both men and women. In his first partnership with the Express, Simon Spurr lends his signature clean-cut aesthetic to the brand’s denim staples. Using quality, color and proportion, he collaborated on styles that display versatility while maintaining his signature tailored look. Shop it now!