As was the case with most pandemic-era brides, Brazilian beauty Daniela Braga had to get creative when it came to planning her big day. Thanks to travel restrictions, dreamy castles in France and vineyards in Tuscany were out of the equation—so she and now-husband Adam Freede brought those places to their guests instead. Her days-long celebration at Caribbean resort Amanera included a taste of “all the places we couldn’t get married,” she said. A “Night Out In Paris” soirée was followed by a “Mykonos Beach Club” bash, with international bites, beverages, and dancers from beginning to end. As for her dress, Braga donned a custom Galia Lahav gown featuring an asymmetrical neckline and copious appliqué detailing. Magnifique!

Awake NY has teamed up with marketing agency No Company, as well as a long list of brands, for a do-good collaboration supporting the victims of the Bronx building fire that occurred earlier this week. The tragedy, which claimed 17 lives, compelled Awake NY to rally a team of brands and industry creatives for a t-shirt capsule that will provide crucial funds. Among those involved are Fear of God, Union Los Angeles, Just Don, Worldwide, Ice Studios, Denim Tears and Luar, as well as photographer Shaniqua Jarvis, graffiti artist Shirt King Phade, various neighborhood eateries, nightlife hangouts, a BMX athlete, and a local radio station. The limited-edition t-shirt, which features a metropolitan-themed Shirt King Phade design with “I [heart] The Bronx” verbiage, can be found on Awake New York until midnight on January 17 for $60, with all proceeds donated to Until Freedom Network.

Tommy Hilfiger is setting his sights across the pond—and to sartorial British talent, specifically. Hilfiger has selected Richard Quinn and Martine Rose to join in a new series of ongoing collaborations between the all-American brand and international names in fashion, which will be dubbed World of Hilfiger. Known predominantly for his floral prints and eclecticism, Quinn will design a premium offering that will incorporate his signature logo. Streetwear enthusiast Rose, on the other hand, is rumored to be working on a separate project for Hilfiger’s Tommy Jeans line. Both will reportedly become available in September. Meanwhile, the brand also announced today the six finalists of the 2021 Tommy Hilfiger Fashion Frontier Challenge—who were selected from over 430 applications. Building on Tommy Hilfiger’s sustainability vision to “Waste Nothing and Welcome All,” the third edition of the program strives to continue amplifying and supporting BIPOC entrepreneurs. The six finalists—Clothes to Good, Haelixa, MAFI MAFI, Lalaland, SOKO, and UZURI K&Y—will pitch their business ideas to a jury panel consisting of Hilfiger himself, Yara Shahidi, and others at the virtual global Tommy Hilfiger Fashion Frontier Challenge final event. Bonne chance! 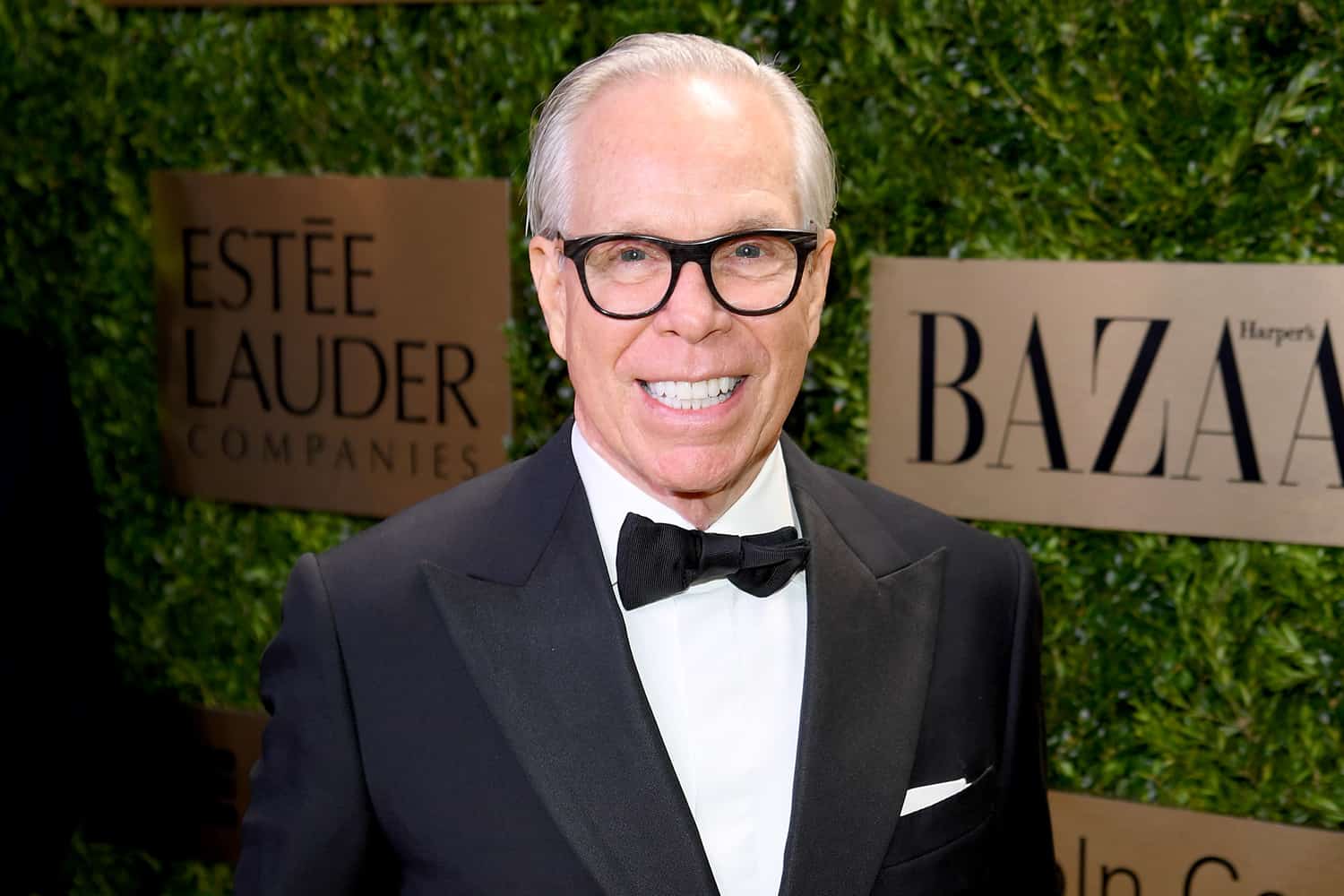 Your friendly neighborhood Prada star! Headlining Prada’s Men’s Spring 2022 campaign is Hollywood sweetheart Tom Holland, dressed in a hot red leather biker jacket, no less. In the ads, British actor and Mr. Zendaya can be seen striking poses, keeping his cool, flipping the occasional collar, and dressing in and out of designs by Miuccia Prada and Raf Simmons. The campaign might just be the start of an exciting partnership with the label, as he suited up in a double-breasted brown blazer for the Spider-Man: No Way Home premiere just weeks ago.

Madonna teases Julia Fox as the star of her forthcoming biopic

It’s no secret that Madonna is casting for her biopic, and the cards are reading that Julia Fox might be the leading lady. After grabbing a bite in LA earlier this week with the actress—who was dressed in that low-rise leather ensemble—and her boyfriend Kanye West, Madge took to Instagram with a caption that read, “Went to dinner with Julia to talk about my movie and some other folks showed up…” By folks, she meant none other than Floyd Mayweather and Antonio Brown. Fox followed suit with a picture from their BFF shoot, with the caption “MOTHER @madonna.” Given their Instagram  befriending and shared leather and fishnets, we don’t think this movie endeavor would be too far-fetched!

Among the most recent members to join the Skims Winter 2022 team is Korean American snowboarder Chloe Kim, who was seen sporting the brand’s latest loungewear drop for Team USA. Marking the second Team USA capsule, the limited-edition offering was created in celebration and support of Olympic and Paralympic female athletes. Admittedly a longtime fan of Kim Kardashian West’s cult-favorite label, Kim is even said to have inspired the offering. ““I’ve been a fan of Skims for a while, so when they asked me to be a part of their Team USA campaign, I was so excited. It’s two of my favorite things combined,” she said in a statement. Designed intentionally for the Winter games, the capsule boasts warmer and more comfortable (as if!) pieces made for cold-weather competition. The collection will be available on Skims beginning January 25. Go team!