A replacement has been named for Amanda Alagem, who served as accessories director for Harper’s Bazaar for the last 10 years. Samira Nasr announced that Miguel Enamorado, currently fashion director at the publication, will now oversee accessories and jewelry. As accessories director, Enamorado will report to Nicole Fritton, executive fashion director. Alagem, who is stepping down from her role after almost ten years. While she is exiting her full-time role, Alagem will remain on board as a contributing editor working on special projects. Of Enamorado, Nasr said: “In addition to the strong relationships Miguel has nurtured over the past three years, he will bring his keen eye, impeccable style, and deep appreciation for fashion and accessories to his new role. We are grateful to Amanda for her dedication and passion, and look forward to her future contributions to the brand.”

While editors and fashion insiders were winding down after NYFW officially wrapped yesterday, Fashionista.com editor in chief Tyler McCall was popping the Champagne instead. The front row fixture ended fashion week on a notable high, as she said yes to her longtime boyfriend’s proposal. Congrats!

Fantasy editorials, top tier talent, and highly-shareable styling: it could only be Vanity Fair’s ever-popular Hollywood issue. This year’s installment sees eight cover stars who need little introduction thanks to their knockout performances in the year’s most acclaimed films: Nicole Kidman (Being the Ricardos), Kristen Stewart (Spencer), Idris Elba (The Harder They Fall), Benedict Cumberbatch (The Power of the Dog), Penélope Cruz (Parallel Mothers), Andrew Garfield (tick, tick…BOOM!), Michaela Jaé Rodriguez (Pose; tick, tick…BOOM!), and Simu Liu (Shang-Chi and the Legend of the Ten Rings). It’s the first time that the publication has issued eight separate covers, brought to life by conceptual artists Maurizio Cattelan and Pierpaolo Ferrari. In her editor’s letter, Radhika Jones write, “To mark the occasion of our 28th annual Hollywood Issue, we present the iconic Hollywood cover times eight: scenes real and imagined from the gravitational center of moviemaking, conjuring fantasies of stardom with a wink. Our cover stars are on top of their worlds. Every one of these actors is having a hell of a year, bridging art house films and epic franchises, studios and streamers, small screen and big screen.” From Kidman’s turn in that Miu Miu mini and crop top combo—as styled by Katie Grand—to K.Stew opening up on her engagement to screenwriter Dylan Meyer, there’s almost too many nuggets to call out. Check out the dedicated Hollywood issue hub on vanityfair.com now. 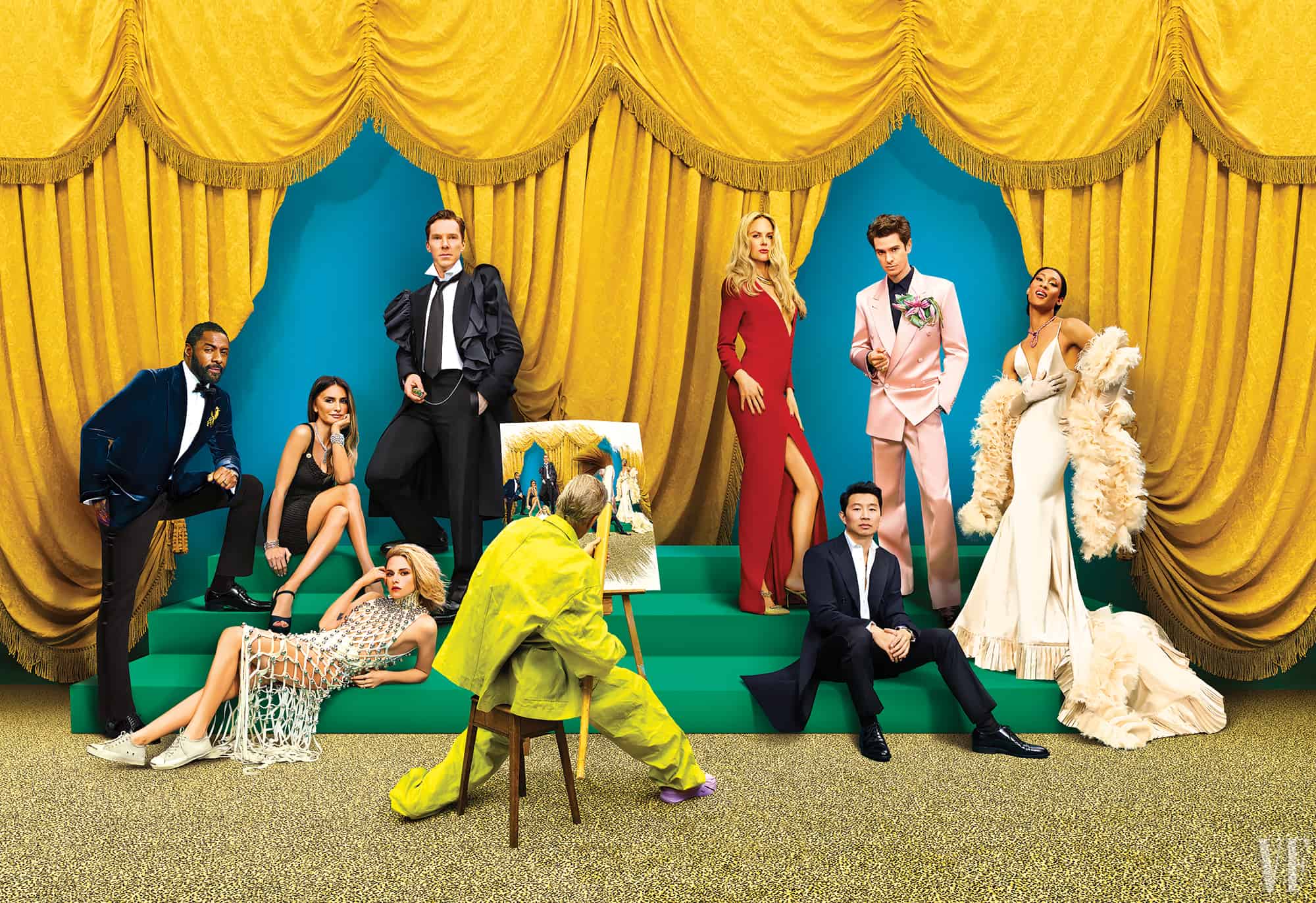 Riccardo Tisci is returning to the runway—but not during London Fashion Week. Burberry will make its catwalk comeback—its first physical show in two years—in the British capital with a show held on March 11. The outing, for which details are still under wraps, will showcase the Fall Winter ’22 collection to a live audience. The news follows the trend for London’s biggest players to eschew the traditional LFW calendar. Alexander McQueen will show in New York later that week, on March 15, while JW Anderson and Victoria Beckham have also decided to show off-schedule. Meanwhile, in Beverly Hills, shoppers might have noticed something different. Until March 7, the Burberry boutique on Rodeo Drive has been transformed with an eye-catching pink, black, and white camouflage-style painted store front that speaks to the theme of the Spring ’22 collection, “Animal Instinct.” Peep the project below! 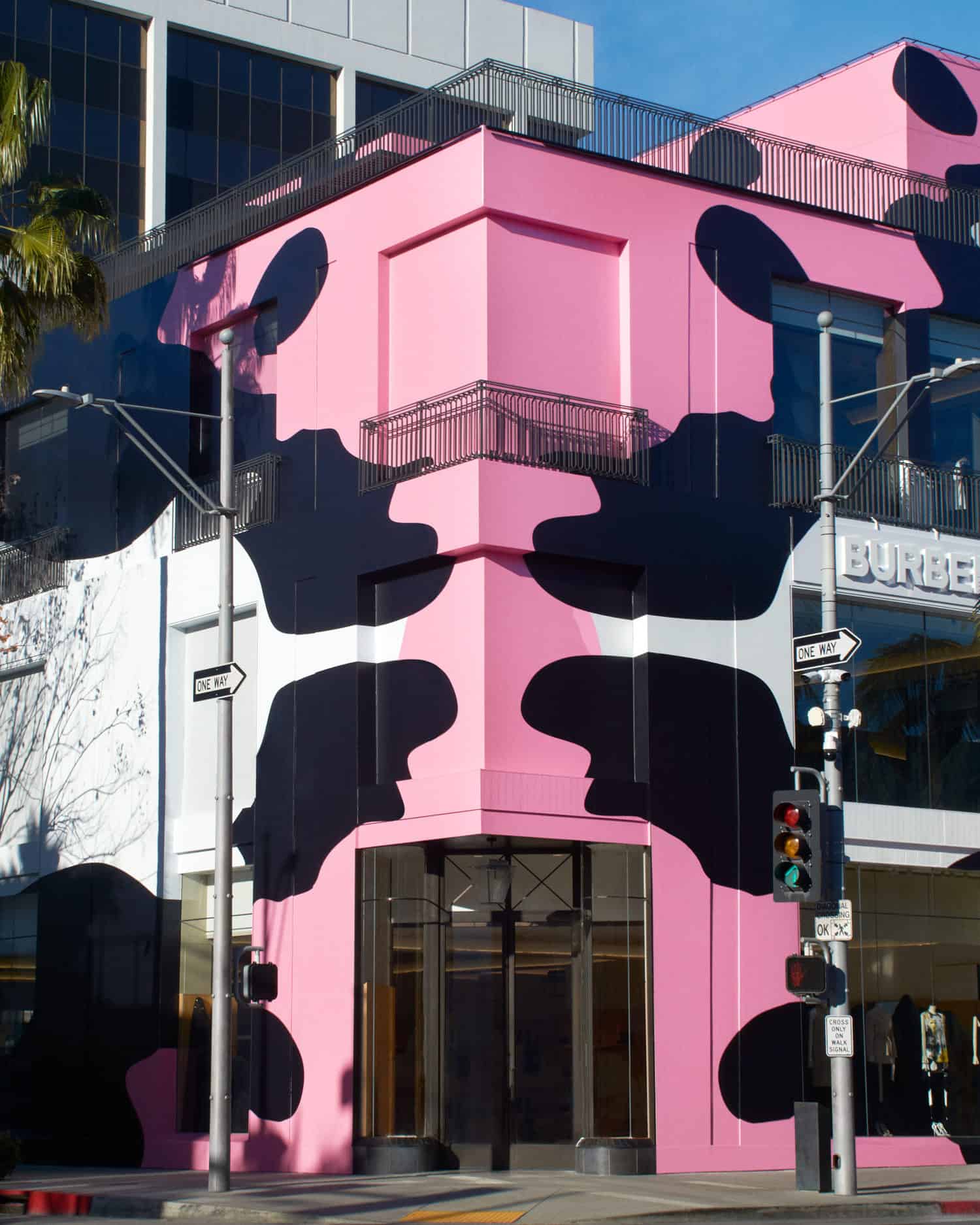 Today, Alexander McQueen has released a short film directed and created by award-winning director Sophie Muller in collaboration with creative director Sarah Burton. With the theme of Storm Chasing in mind, the short captures models in many of the Spring Summer ’22 collection’s most breathtaking and memorable pieces (read: the cystral-studded boot pants!) high up above an industrial setting to the captivating bass of Massive Attack’s Safe From Harm (the 1990s Bristolian anthem was also used in the rooftop runway show.) Of the mood, Burton said: “I love the idea of embracing the mystery and unpredictability of the sky, the fact it is always moving, always changing. I look out over London from our studio where the views are incredible and represent our home throughout history: from St Paul’s Cathedral to the London Eye. The sky against which those familiar monuments appear may be calm and restorative at times and menacing at others. For me, the tension between the two is extremely inspiring. It also evokes the paradoxes that have always been at the heart of Alexander McQueen.” Watch it below—in anticipation of what’s to come on March 15.