Keeping up with the launches! Kim Kardashian West took to Instagram to announce the second installment of her fragrance collaboration with friend and creative Jeff Leatham. The duo has been working together for over a decade, with Leatham often creating art and flower installations for Kardashian-Jenner events, and they already co-created a fragrance in April 2021. The latest, Jeff Leatham II by KKW Fragrance, will consist of three new scents: Iconic Gardenia, Caramel Orchid, and Rare Fig. The scents are described as a “floral floral,” “woody musky gourmand,” and “floral green” and will be available on January 26 exclusively on the KKW Fragrance e-commerce site. Seeing as the original collaboration sold out without customers even getting a whiff, no doubt this next iteration will be just as popular.

It might be men’s fashion week, but major models like Emily Ratajkowski, Anna Ewers, Laetitia Casta, Mariacarla Boscono, Isabelle Adjani, and Paloma Elsesser were out in force for AMI Paris’ Fall Winter ‘22 show. Joining her in the spotlight, Elsesser’s brother, Sage, even made his runway debut! For the season, Alexandre Mattiussi looked to the brand’s roots—free-spirited colors, prints, and motifs—in a collection that’s an offering for everyone.
“My deepest desire..was to reinterpret the fashion-for-all spirit of our beginnings,” he said. “I was very much inspired by the fascinating combination of styles and people that you see every day in the métro. I like to think of it as an urban ballet, where everyone, regardless of age, origins and social status, mingles and coexists in ephemeral, fortuitous encounters.” Take a sneak peek at the collection, below:

Will a design collective replace Vigil Abloh at Louis Vuitton?

For the first time since Virgil Abloh’s death, Louis Vuitton CEO and chairman Michael Burke discussed who could potentially step into the beloved late designer’s shoes. However, the maison is in no rush to name a successor. “It needs to be given the right amount of time. It cannot be done under pressure, this is not a house that relies on one singular individual. Louis Vuitton is too big for any singular individual,” he said. His statement comes as Louis Vuitton menswear returns to the runways of Paris for the first time in 18 months, with two shows that will serve to separate the bustle of the business of fashion from the community that wants to come together to celebrate Abloh’s legacy. “People have really expressed a desire for communion. Let’s not forget, this is the first physical [men’s] show [for Vuitton] in Paris in a year and a half, […] there’s of course the desire to remember Virgil together, not somewhere online or at our homes, but together in a public space,” Burke added.

Tom Ford is making sure his clients never have to choose between style and sustainabilityFollowing the successful release of his Ocean Plastic collection in 2021, the designer has now designed the Ocean Plastic Sport, a more functional follow-up. “I feel like people are craving activity and nature and the combination of it being a sport timepiece while also preserving our oceans was something exciting to me,” he said. Each purchase of an Ocean Plastic Sport watch is equivalent to around 35 plastic bottles being removed from major waterways. The style contains no virgin plastics and its packaging is fully recyclable as well. Following the Ocean Plastic Collection release, the original model “sold out worldwide within eight weeks of pre-launch. We had to place a reorder almost immediately before they even shipped to the stores.” The style is priced at $1,495 and is available for purchase on Tom Ford’s website and in select Tom Ford boutiques, although an official release date is yet to be revealed.

Children can now join in the GCDS fun

Thanks to Italian streetwear label GCDS, you can now have a matching moment with your little one! The brand has announced that they are expanding into childrenswear.The innate playful spirit of GCDS made creating a junior collection that is aligned both with the women and men collections a no-brainer. The kid’s collection, which is in collaboration with Altana Societa Benefit, will include GCDS mini, for the 0-3 age group, and GCDS junior, from 4 to 14 years of age. The collections will offer kids clothing that communicates the spirit that the brand’s creative director, Giuliano Calza, inherently adopts in his personal life and translates into his collections. Elements of the RTW collections such as the GCDS collegiate logo, the cherry print that has been a staple throughout the brand’s history, and various animal themed prints and other colorful pieces. The kid’s collection is available now—so walk don’t run! 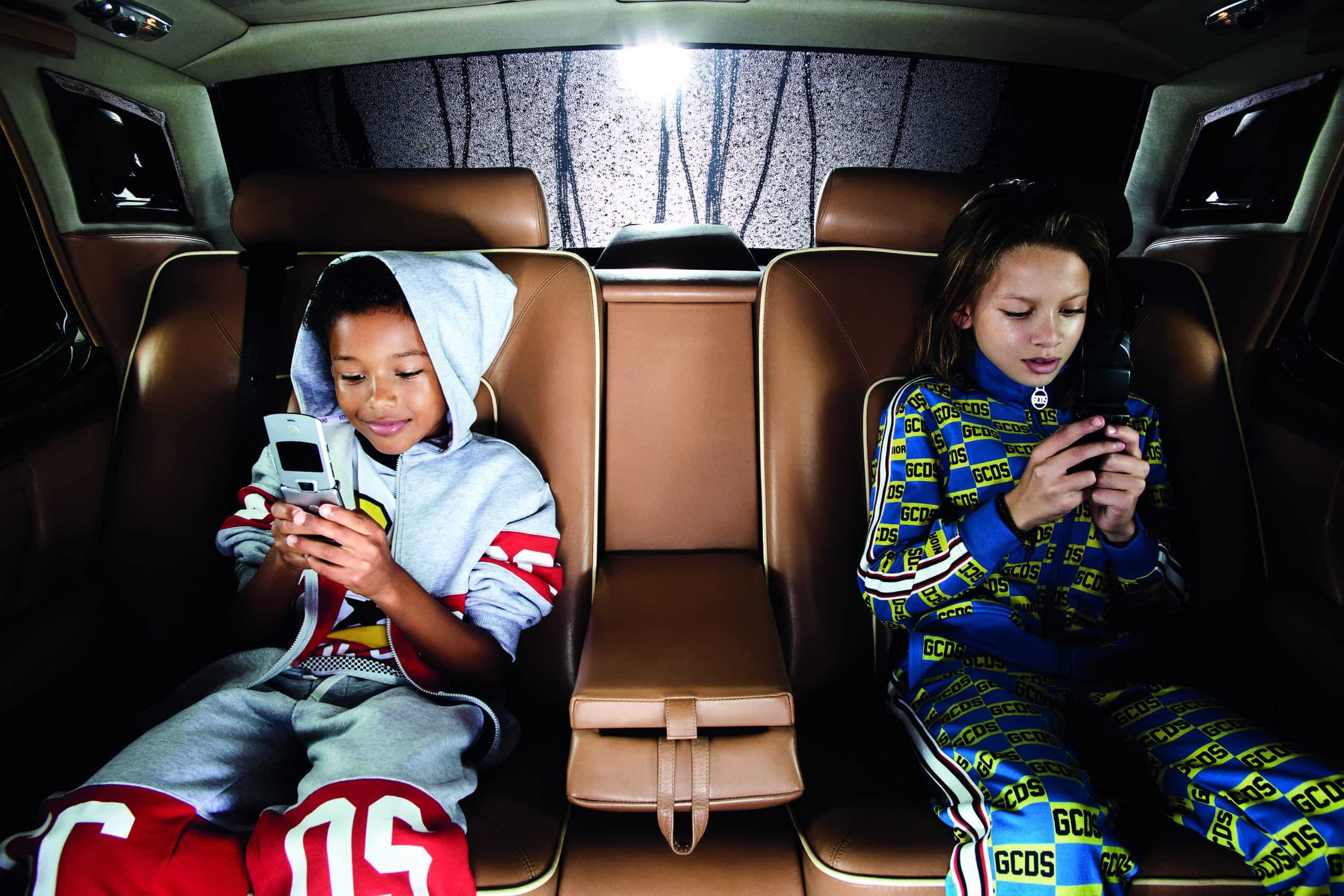 The new Alexander McQueen Spring Summer 22 campaign has landed and the cast is star studded! The campaign brings together runway regulars Lara Stone, Anok Yai, Guinevere Van Seenus, Jill Kortleve, Fran Summers, and Sarah Choi to model this season’s offering of delicate tulle, meticulously embellished evening wear and outerwear, and tough-as-nails leather. Further making our hearts skip a beat, the images are lensed by Steven Meisel in striking black and white—the perfect stage for the classic silhouettes the brand is known for.

Los Angeles-based Amiri is set to show a collection on home turf! The in-person show will take place on February 8 at a TBC location–how mysterious! While no stranger to in-person shows—Amiri showed in Paris during Paris Fashion Week—this is the first time that Mike Amiri will host a runway presentation in his hometown of LA. “Pivoting plans to show locally this season made sense to me, especially since we shot some of our digital shows here over the past two years. To me, this is a tribute to L.A., the city that has been here for Amiri since the beginning,” the designer said.

MCM has debuted its Spring Summer 21 campaign titled “Techno Jungle”—complete with an accompanying track from viral chart-topper ian diorr. A combination of new-age social technology and natural landscapes, the campaign aims to forge a utopia where fantasy and reality coexist. The collection is composed of function-driven silhouettes, deconstructed logo prints, and new versions of Visetos, which the campaign now brings to life in a photographic medium. The graphic elements mimic the hues of the sky, land, and sea, which in turn echo the design aspects of the collection. “We wanted to create a collection which celebrates our heritage as well as the stories we share from one generation to the next,” Dirk Schönberger, global creative officer of the house, said. Get a glimpse, below!