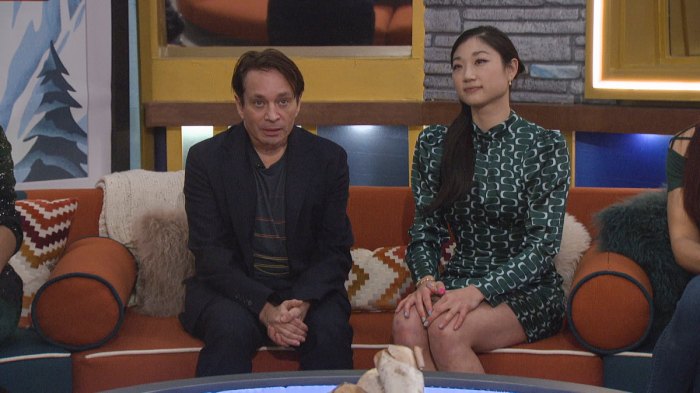 He’s out? Comedian Chris Kattan is seemingly no longer a houseguest on season 3 of Celebrity Big Brother.

The former Saturday Night Live member, 51, disappeared from view on the live feeds on Wednesday evening, February 9, sparking speculation among fans that he had either quit or left the game for other reasons. His fellow celebrity houseguests also started talking about him as if he was no longer playing.

“I wasn’t that stressed when Chris Kattan was still here because I felt like we had a chance for him to go home,” singer/dancer Todrick Hall said to former Real Housewives of Atlanta star Cynthia Bailey. “That has thrown a huge curveball in the game.”

CBS has confirmed to Us Weekly that the situation will be addressed in the upcoming Friday, February 11, episode. Kattan had been voicing concerns about back pain after apparently breaking his neck years ago, but it’s unclear if that’s in any way related to his rumored exit.

He had also campaigned to be voted out of the game over Olympian Mirai Nagasu, an ally of his, just days before. Still, his fellow houseguests evicted her in a unanimous vote.

This is not the first time a celebrity has wanted to leave the house. Former NBA player Metta World Peace was vocal about his desire to be voted out during season 1. And in season 2, former White House communications director Anthony Scaramucci mysteriously left less than a week into the game, which was later explained as a “twist” in that he was never a real houseguest.

A few hours after Kattan was last seen on the feeds Wednesday, a photo was posted to the A Night at the Roxbury star’s Instagram with the caption, “I just met a girl named Maria!’ @maria_libri” It remains unclear if he posted it himself or someone else is running his social media accounts.

Prior to the game, Kattan talked to Us Weekly exclusively about what he thought would be his biggest hurdle playing this game.

“I think the hardest thing for me on Celebrity Big Brother will be the physical competitions,” he said, adding that he “did not watch a lot of Big Brother before being cast on the show.”

Missing in action. Rob Kardashian was noticeably absent from his sister Kourtney Kardashian’s...