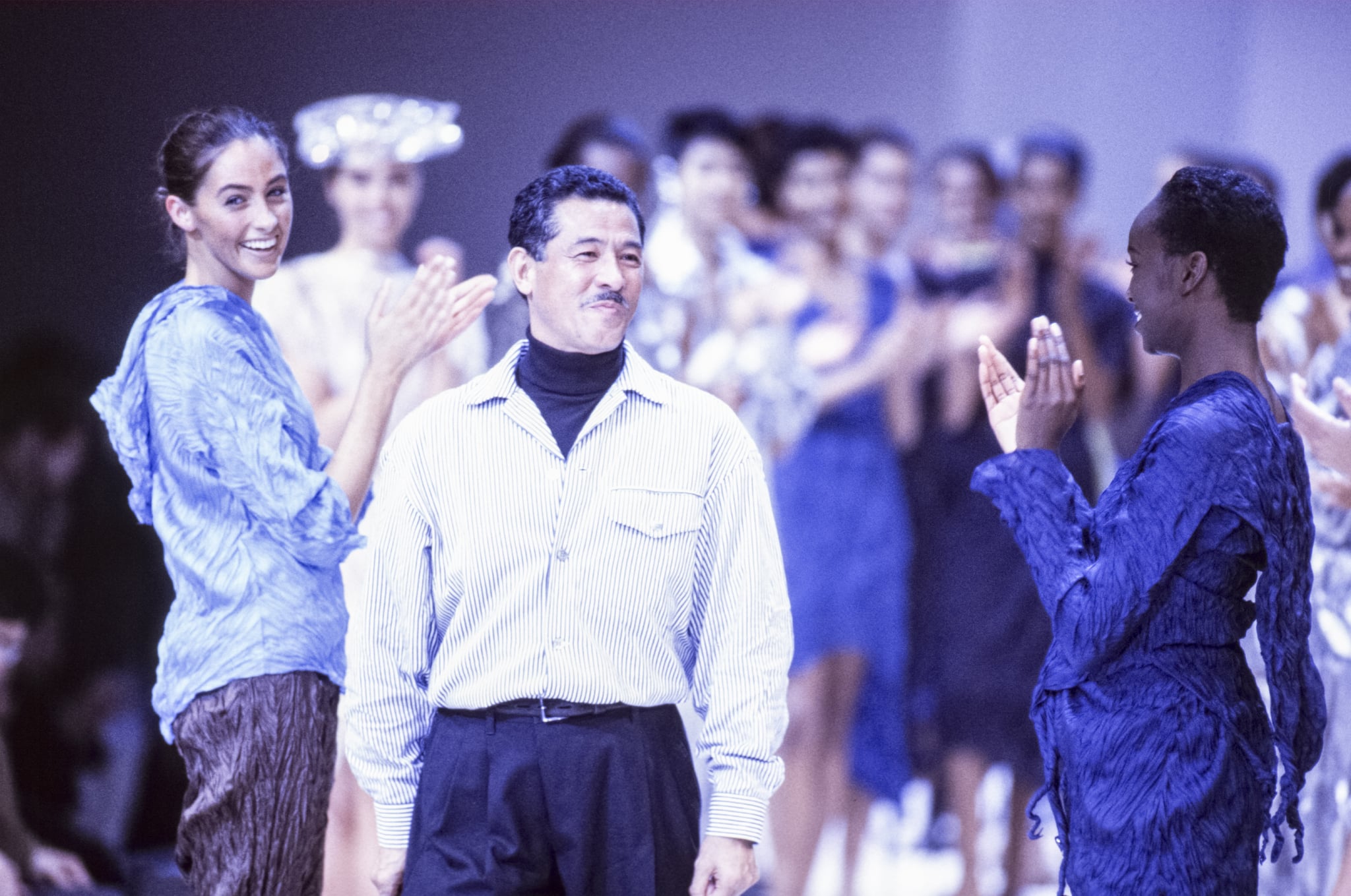 Esteemed fashion designer Issey Miyake has died at age 84, his office has confirmed. Following a long battle with hepatocellular carcinoma, a type of liver cancer, he passed away on Aug. 5 “surrounded by close friends and associates.”

According to Japanese media, a private funeral consisting of only relatives has already taken place. Miyake’s employees confirmed that there are no plans for a public ceremony, despite Miyake being famed as one of the most innovative and iconic designers in Japan.

In a press release, the Miyake Design Studio and the Issey Miyake Group wrote: “Never one to embrace trends, Miyake’s dynamic spirit was driven by a relentless curiosity and desire to convey joy through the medium of design. Always a pioneer, Miyake both embraced traditional handcrafts but also looked to the next solution: the newest technology driven by research and development. He never once stepped back from his love, the process of making things. He continued to work with his teams, creating new designs and supervising all collections under the various Issey Miyake labels. His spirit of joy, empowerment and beauty will be carried on by the next generations.”

Miyake, who was born in Hiroshima, Japan, was known for his technology-driven ideas, pleated clothing, and genderless cuts. His geometric bags and popular scents catapulted him to global success. Hordes of stars including Rihanna, Solange, the Olsen siblings, and Doja Cat have worn his iconic designs. The creator was also behind Steve Jobs’s trademark black turtlenecks, and reportedly made the Apple cofounder 100 of them for $175 each before retiring the line after Jobs died in 2011.

The designer remained tight-lipped about his traumatic childhood, having witnessed the atomic bombing of his city in August 1945. In 2009, Miyake said he didn’t want to be known as “the designer who survived the atomic bomb.” He passed away the day before the bombing’s 77th anniversary.

The day that comfortable shoes came back in style was probably one of the happiest days...

The Best Light Up Candles 2022

As POPSUGAR editors, we independently select and write about stuff we love and...

What Is the 2000s Frazzled English Woman Aesthetic?

Feeling rushed, like you never have time to properly style your outfits, and keep throwing...