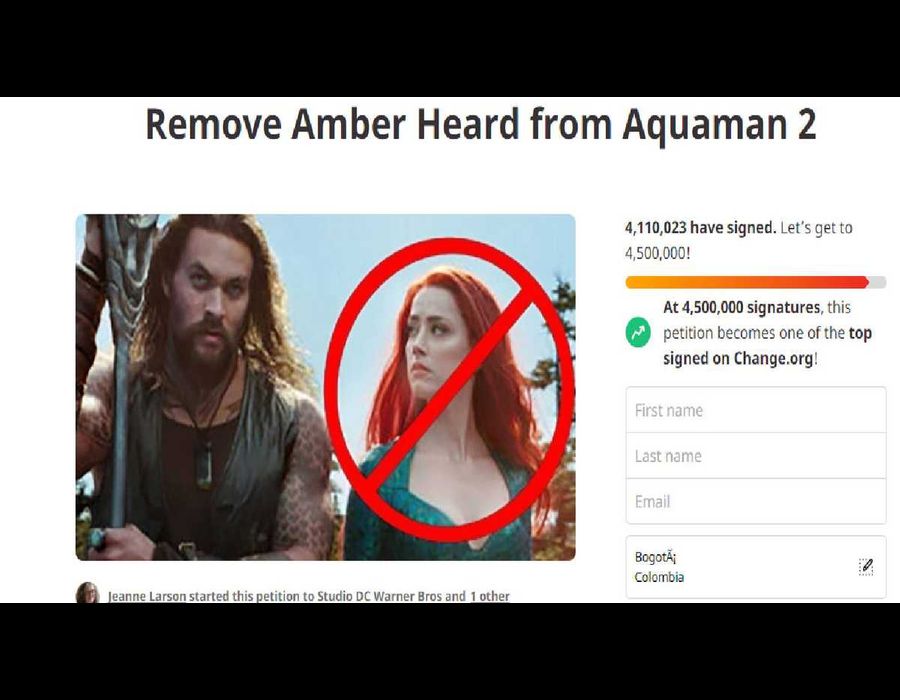 During the divorce of Amber Heard and Johnny Depp , the public unconditionally came to the defense of the ex-beloved star of Pirates of the Caribbean. True, later, it became known that the ex-wife was by no means an angel in the flesh. Now Internet users want the actress to lose her job too.

Johnny’s fans have created a petition calling on Warner Bros. to remove Amber from the Aquaman sequel. More than 4 million people have signed the appeal to the film studio. Most likely, the petition of “Captain Jack Sparrow” fans will soon collect a record number of signatures in the history of Internet petitions.

Even though the jury has not yet reached a verdict, the public seems to have already drawn their conclusions. The petition alleges that Heard was “exposed in court as a domestic aggressor.” Now fans with might and main support their idol. They come to every court session and greet Depp with a standing ovation, booing Heard. The reaction of the fans is well captured in many videos. Not so long ago, news appeared on the Web that Amber Heard’s screen time in the sequel to Aquaman was reduced to 10 minutes. This is how the producers reacted to the numerous (over 3 million) signatures under the petition that the actress should be fired from the project altogether. We doubt that it will cost only one film. The culture of cancellation, as practice shows, rarely stops at a single project. In 2017, Depp was “canceled” in Hollywood and lost his job precisely because of his divorce from Amber.

As a reminder, a new lawsuit began because of an article that Amber wrote for the Washington Post in December 2018. Although she did not name him, the actress spoke about life with a domestic tyrant. In response, Johnny filed a $50 million libel suit. Amber responded with a counterclaim – already for 100 million.