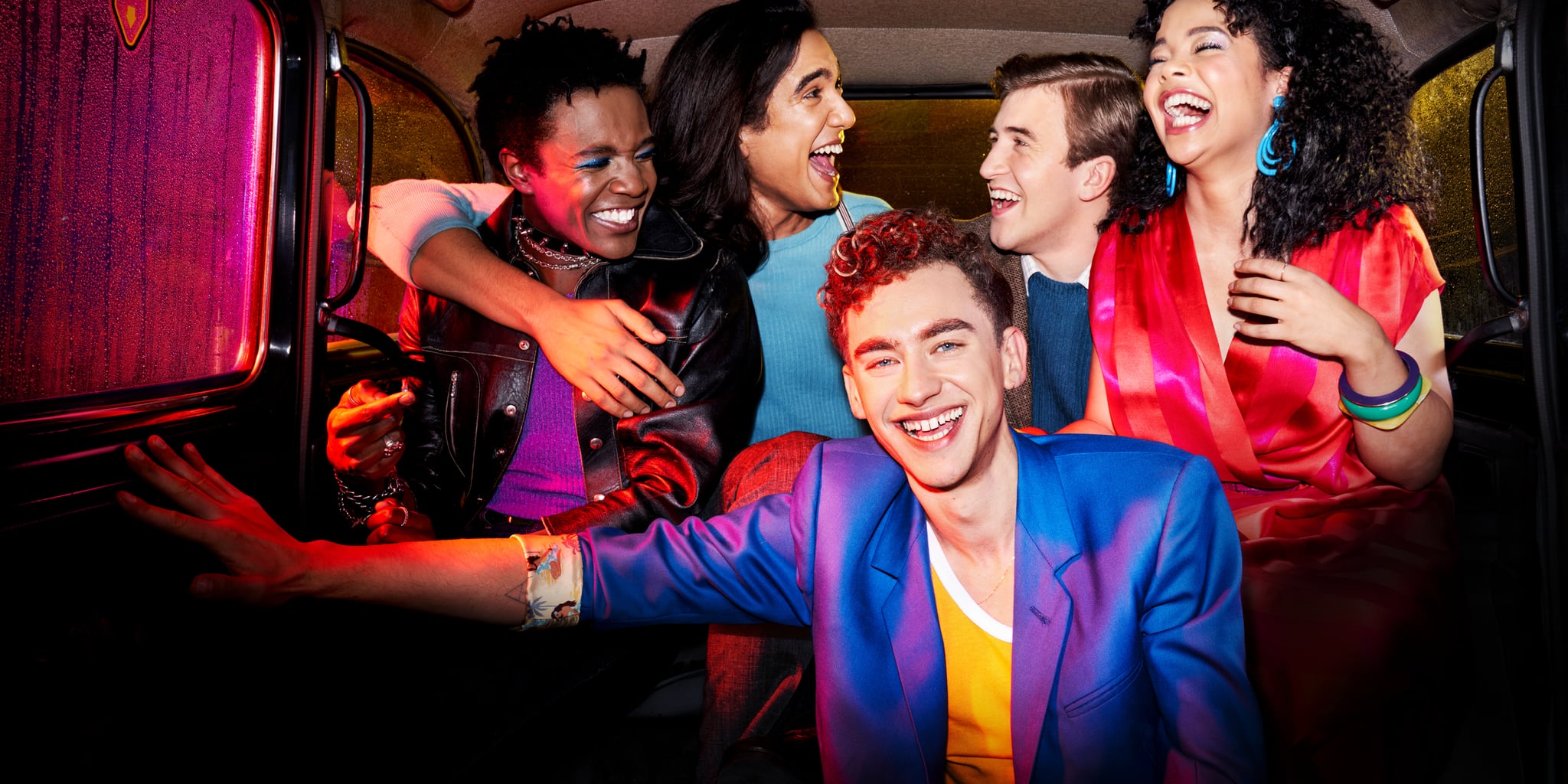 As stars of the small screen descended on the capital this weekend to attend the TV BAFTAs 2022 at Royal Festival Hall in London, the cast of “It’s a Sin” were expected to win big. The critically acclaimed LGBTQ+ drama, which tells the story of a group of gay teenage friends growing up in 1980s London at the height of the HIV pandemic, undoubtedly struck the hearts of the nation and raised awareness of the infection.

Leading the nominations with seven nods, a buzz surrounded the cast as they arrived on the red carpet. Years & Years frontman Olly Alexander, 31, who played party-loving Ritchie Tozer, rocked bleached eyebrows and a black cape as he arrived alongside fellow cast members Omari Douglas, 28, who played Roscoe, and 23 year-old Callum Scott Howells, who played Colin. Lydia West, 28, the actress who depicted Jill Baxter, sported a gorgeous, black, off-the-shoulder gown and sleek hairdo. Yet the groundbreaking Channel 4 miniseries failed to pick up a single award.

“It’s a Sin” has put the LGBTQ+ community at the heart of the conversation; used its platform to shed a light on the importance of friendship, love, and misinformation; and saved lives in the process.

Fans immediately took to social media in outrage. One viewer tweeted it was “one of the most powerful and important dramas I’ve ever seen”, while another labelled the snub as “daylight robbery”, as the cast left the show empty handed. Alexander lost out to Sean Bean in BBC’s “Time”; West was beaten by Jodie Comer, who starred in Channel 4’s “Help”; while Howells, David Carlyle, and Douglas — who were all nominated for supporting actor — were pipped to the post by Matthew Macfadyen for HBO’s “Succession”. Furthermore, “Time” beat “It’s a Sin” in the miniseries category, and Rose and Giovanni’s silent dance on BBC’s “Strictly Come Dancing” won the must-see moment over Colin’s AIDS diagnosis.

While all of the winners were undoubtedly deserving, it seems bizarre that the show, which has made such a huge impact since it first aired in January, didn’t win anything at all. Is this just another signal that the big award shows are, quite simply, out of touch? Success doesn’t just come in the form of viewer ratings, although it’s worth mentioning that “It’s a Sin” is All 4’s most popular drama launch on record. The success of the show comes from the wider impact it makes, and few series have made such meaningful change. It is a watershed moment for HIV testing. 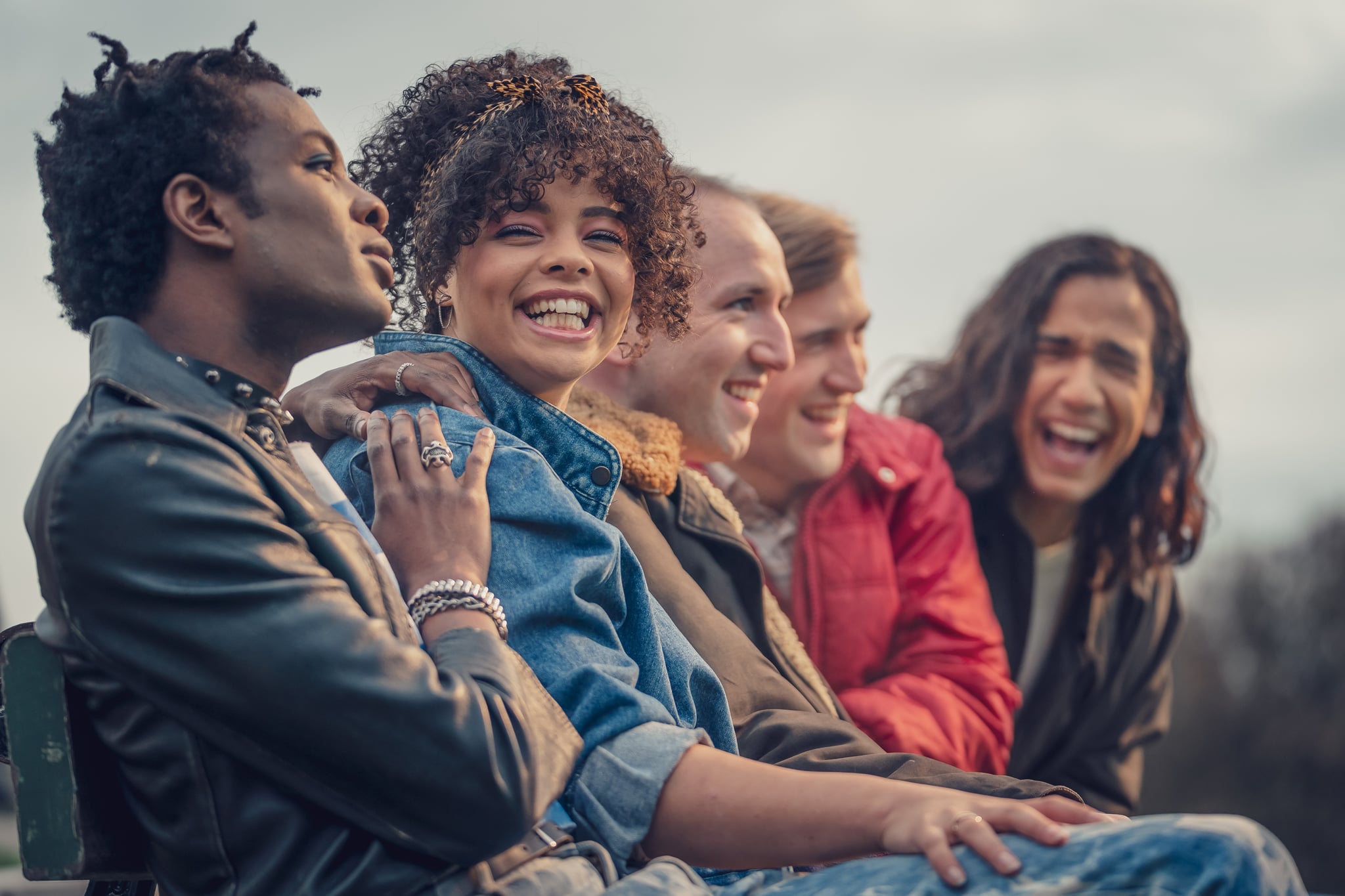 Writer and creator Russell T. Davies, who coincidentally had a big night at the BAFTAs as he announced Ncuti Gatwa as the new “Doctor Who”, vowed to tell the stories inspired by his friends growing up. Yet there appears to be a worrying trend — that these underrepresented groups don’t receive the recognition they deserve by awarding bodies, just like they have a history of recognising Black talent too late.

As well as breaking entertainment records, “It’s a Sin” was broadcast just before National HIV Testing Week. On the first day, 8,207 ordered tests. That’s more than three times as many as previously tested in one day. The Terrence Higgins Trust, a charity that campaigns about HIV and sexual health set up in the 1980s and named after Terry Higgins, who was one of the first people to die of AIDS in the UK, saw a 30 percent increase in calls the day after the first episode aired. “Never before in my lifetime has a TV show had such a profound effect on people from all walks of life,” THT Chief Executive Ian Green said.

“Millions of us across the UK watched ‘It’s a Sin’, reliving the devastation of the AIDS crisis. For many, it was a first look into what the epidemic was really like in the UK.” He’s not wrong. Those who lived through it were reminded of the outdated attitudes, the heartbreaking unnecessary deaths, and the need for change. Those who were unaware of the health crisis were left shocked, angry, and upset, fuelled by the real-life implications of the disease. As a result, Public Health England ordered another 10,000 tests across testing week, and the government has set out a commitment to end HIV transmissions in England by 2030.

The cast were instrumental in campaigning for change, but this wasn’t enough for the dinosaurs at BAFTA. And emphasis should no longer be placed on the winners at these archaic events. Who needs the validation of a heavy gold mask paperweight when “It’s a Sin” has put the LGBTQ+ community at the heart of the conversation; used its platform to shed a light on the importance of friendship, love, and misinformation; and saved lives in the process? Scenes including Colin’s diagnosis, Ritchie’s decline, and the group’s in-joke of using “La!” to address each other will stick with viewers for a lifetime. Sure, “It’s a Sin” might have lost in the physical awards, but it won in the hearts and minds of the people who matter.

The fashion community, the art and design space, and people all over the world continue...

Kristen Stewart put on a full fashion show at the Cannes Film Festival this week. Surrounded...

“Stranger Things” season four will premiere on Netflix in two volumes, and...

There’s nothing like switching your wardrobe from jeans and sweaters to sundresses...