By newadmin / Published on Monday, 31 Oct 2022 23:52 PM / Comments Off on Jack Harlow’s First SNL As Host Features A Return Appearance By Tom Hanks In Costume As His Famous David S. Pumpkins Character / 33 views 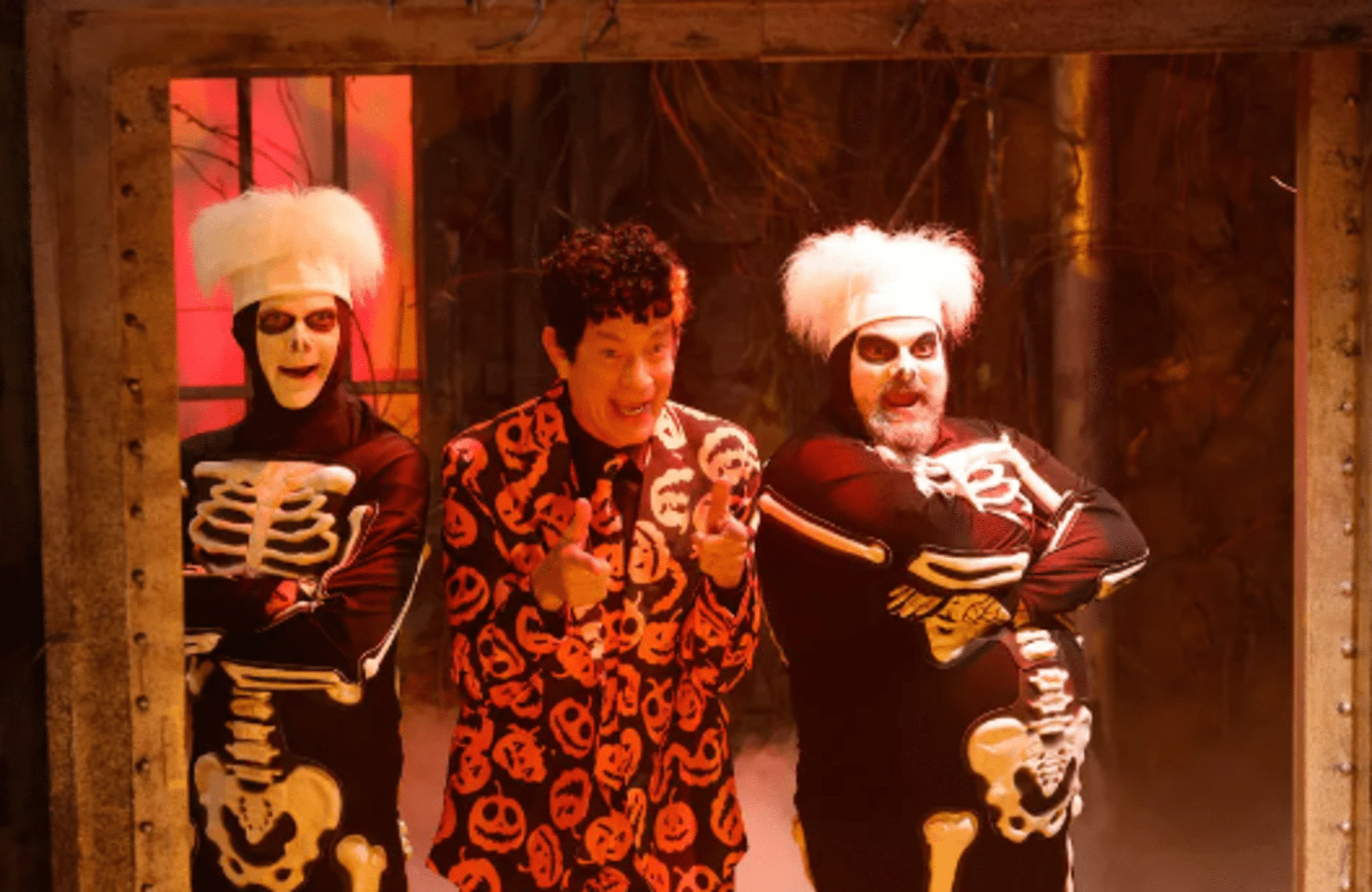 The 24-year-old rapper served as both a host and a musical guest on the late-night sketch comedy show Saturday Night Live this past weekend. He hosted the show and also performed on the show as a musical guest.

While Harlow and SNL cast members Ego Nwodim and Andrew Dismukes rode on a haunted attraction, Tom Hanks reprised his role as the iconic Halloween character. Pumpkins skeleton sidekicks were played again by Mikey Day and Bobby Moynihan, a former star of Saturday Night Live. Moynihan appeared on Weekend Update as both himself and his famous character, Drunk Uncle.

After seeing characters such as Michael Myers and Annabelle, the group was finally confronted with Hanks’ lovable figure, which was met with wild cheers from the in-studio crowd.

David S. Pumpkins continued popping up throughout the ride, scaring the audience with his presence even though they had no idea what he was doing amid the other horror greats.

Harlow also participated in a number of skits throughout the night, including one in which he played a frat boy dressed up as a tampon for Halloween and another in which he portrayed a participant in an AA meeting who confesses that he has the ideal concept for a Pixar movie. Hanks, who is 66 years old, appeared in a cameo in the latter piece.

The host of Survivor, Jeff Probst, made a cameo during a sketch that was about a couple getting married on Halloween, and the best man for the groom was dressed as the Joker. This was another memorable moment from the episode.

It was Harlow’s second time appearing on SNL as a musical guest, and he did two performances throughout the evening. In the past, he has made an appearance in one of Maya Rudolph’s episodes (the one from March 2021).