Mission complete: Ten years after her death, the voice of Jenni Rivera continues to be heard by her fans. On Wednesday, the children of the late banda songstress released “Misión Cumplida,” the first single of a posthumous album of unreleased demos she recorded before her death.

After Rivera’s son Johnny Lopez found demos with Rivera’s voice he and his siblings — including Jacquie Rivera, who is the CEO of Jenni Rivera Enterprises — decided the best way to give back to Jenni’s fans was through releasing some of the music she had worked on.

“We, her children, feel that we are completing a mission for her by launching that production that she was working on,” Jacquie said in a statement. “When she was with us we never realized what a great star she was, for us she was simply our mom but with this new music, we are recognizing the icon that Jenni Rivera continues to be and giving a gift to her fans.”

She added, “We are sure that the public will receive this new project with the same love that we are doing it.”

On “Misión Cumplida,” Rivera sings to man who fought for her heart after she refused. The Riveras tapped Banda MS’s Sergio Lizárraga and Pavel Ocampo to produce the song, and much of an upcoming album of unreleased songs. 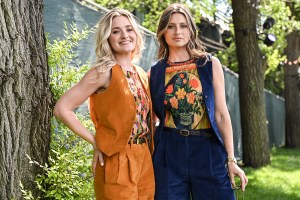 “I think it’s very important that we tie in how she started, what [music] put her up there, and share that,” Jacquie told Billboard over the summer. (Rivera’s family last posthumously released “Aparantemente Bien” in 2019.)

“The usage does not justify the cost,” video app says in statement as Sony...

The collaboration marks yet another major project for Scott, who has slowly returned to...