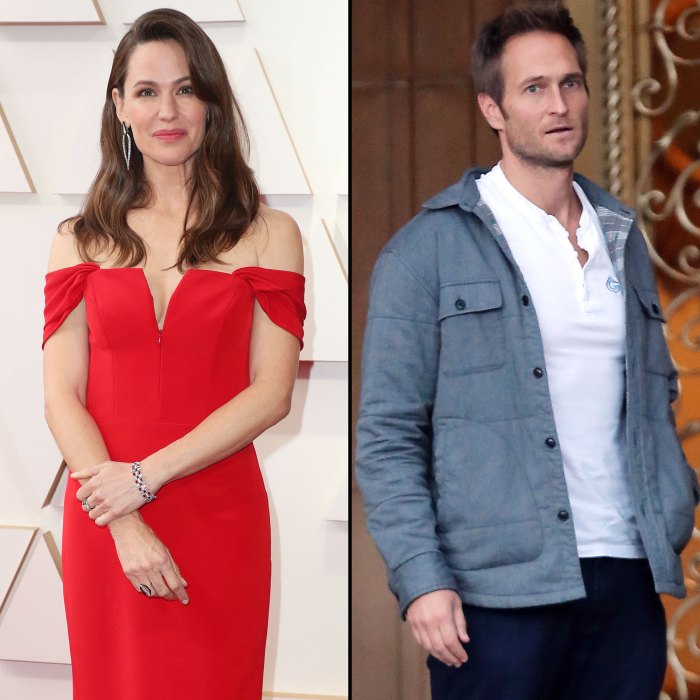 Coming together! Jennifer Garner and her boyfriend, John Miller, just hit a major milestone in their relationship.

“John’s kids finally met Jen’s kids,” an insider exclusively tells Us Weekly of the 13 Going on 30 star, who celebrated her 50th birthday with a food drive on Saturday, April 16. “Lots of kids and family were invited, including John’s kids, his parents, his brother and his [brother’s] wife.”

The Alias alum shares daughters Violet, 16, and Seraphina, 13, and son Samuel, 10, with ex-husband Ben Affleck, from whom she split in 2015 after 10 years of marriage. Miller, for his part, shares two children with his ex-wife, Caroline Campbell.

“They all had friends there,” the source adds of the Juno actress and her beau. “It was casual and easy.”

Us broke the news in October 2018 that Garner had been seeing the CaliGroup CEO for six months. “Jen brings out the best in John, and he is the happiest he has probably ever been,” an insider told Us at the time. “It’s a loving, healthy relationship.”

Less than two years later, however, the duo called it quits. “He was ready for marriage and she just couldn’t commit,” a source told Us in August 2020. “They parted on very amicable terms.”

Within nine months, however, the duo decided to give their romance another shot. “Jen and John are back on,” an insider revealed in May 2021. “It started up a few weeks ago.”

While the couple are happily reunited, they’re still taking things slow, which is one reason why their children hadn’t met before this past weekend. “They have been keeping their kids separate from their relationship for a long time, but now plan to incorporate their kids more,” a source told Us in September 2021.

One month later, another insider revealed that the pair’s friends think an engagement could be on the horizon. “They are totally set on a long-term future together,” the source explained. “They’ve taken their time to get this committed.”

After finalizing his divorce from Garner in 2018, Affleck, for his part, has since moved on with Jennifer Lopez. The Argo director, 49, and the Hustlers star, 52, rekindled their romance in April 2021 after originally dating from 2002 to 2004.

Earlier this month, the “Get Right” songstress confirmed that she and Affleck are engaged for the second time after calling off their wedding in September 2003. Shortly after Lopez broke the news of their second engagement, an insider told Us that the Oscar winner gave Garner and his family a heads-up before he popped the question.

“His whole family knew a little before [the announcement],” the source explained, adding that the newly engaged duo “waited a few days before sharing the news” with the world. “They are both happier than ever.”

With reporting by Andrea Simpson