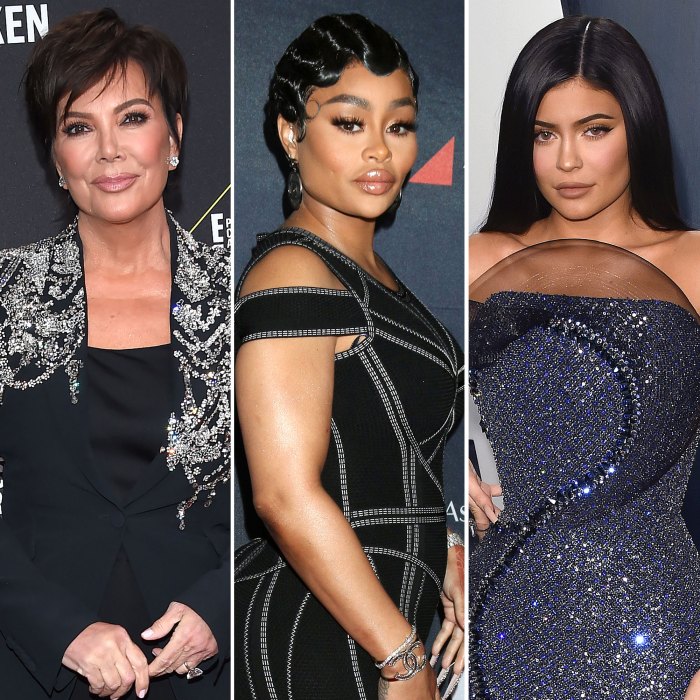 Kris Jenner took the stand to testify amid Blac Chyna‘s ongoing defamation lawsuit — and made shocking allegations about the model’s actions toward Kylie Jenner.

The momager, 66, was questioned by Chyna’s attorney, Lynne Ciani, on Thursday, April 21, regarding her comments from previous depositions. Jenner, 24, was reportedly not present in the Los Angeles courthouse for her mother’s testimony, during which Kris claimed that she was told Chyna, 33, had allegedly threatened to kill the Kylie Cosmetics CEO.

“We kept it internal, between the family,” the Safely cofounder claimed, noting that neither she nor her daughter informed police of the threats. When asked how frequently the alleged comments were made, Kris replied, “You’d have to ask Kylie.”

The In the Kitchen With Kris cookbook author said that she heard about the supposed drama from Kylie and her now-ex Tyga, who shares 9-year-old son King Cairo with Chyna. Kris also alleged that the rapper, 32, had said Chyna was physically abusive toward him.

“There were all kinds of things going on,” the Keeping Up With the Kardashians alum continued in court. “There was just a lot of drama, which I’m used to in my family.”

Kris stated that when it came to specifics, she “would only know what Tyga and Kylie told [her]” about the alleged intimidation they faced. The producer also noted that she hoped for “a happy ending” when Chyna began dating Rob Kardashian in early 2016. The exes welcomed daughter Dream that November and called it quits for good in 2017.

“They were working on past mistakes,” Kris said on Thursday. “And we hoped for the best and for them to change, but it didn’t. … I was trying to be a mentor to her.”

The Lashed Cosmetics founder filed a $100 million civil suit in October 2017 accusing Kardashian, 35, of assault, battery and harassment. She also alleged that her ex’s family “became media predators” and purposefully “[killed] her hit television show,” Rob & Chyna, out of “revenge.” The Kardashians stars were unsuccessful in their attempt to get the lawsuit dismissed, and several of Rob’s siblings have been called to appear as witnesses in court.

Earlier this week, Chyna testified that she doesn’t hold “a grudge” against Kylie, who dated Tyga on and off from 2014 to 2017. “No. I have, like, no ill will against none of the ladies, actually,” the Washington, D.C. native said on Wednesday, April 20. “The whole time Rob and I were together, the biggest thing he wanted us to do was to live together. So finally I let my guard down — my guard and my pride — and I moved into Kylie’s house, with Rob, so we could be a family.”

The Kylie Baby founder, for her part, was spotted sitting beside Kris in a courtroom sketch when the trial began on Monday, April 18, but has yet to make a public comment.