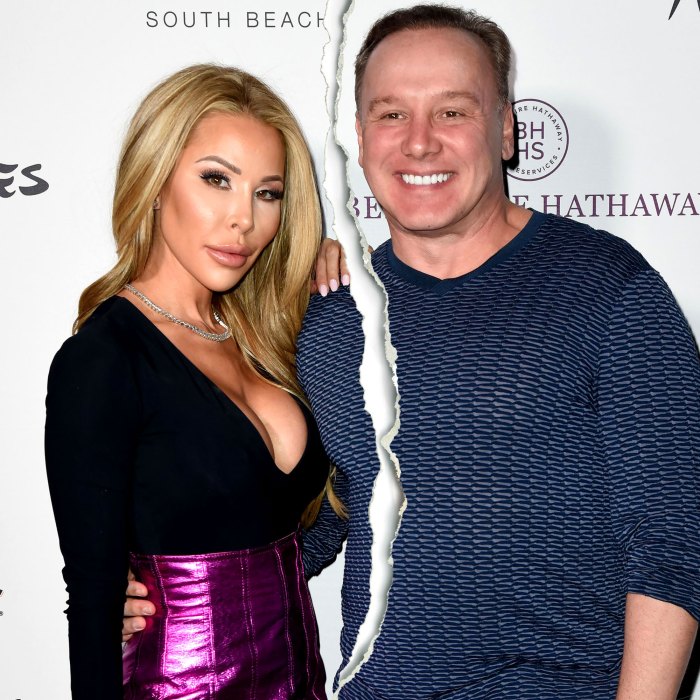 It’s over for Lisa Hochstein and Lenny Hochstein — and he’s already moving on.

“Lisa and I are getting divorced,” Lenny told Us Weekly in a statement on Monday, May 16.

The split news comes after Page Six reported that the 55-year-old plastic surgeon was spotted partying with model Katharina Mazepa at a Miami club. While he denied breakup rumors at the time, the outlet reported that Lisa, 39, and costar Larsa Pippen confronted him at the club.

“A few weeks ago I denied this because I am trying my best to protect my family during this process,” Lenny told Us on Monday. “It is true that I am seeing Katharina but none of this happened until after the decision was made to get divorced. This is a very difficult time and I would ask for some privacy so that we can best take care of our children who mean the world to us.”

Lenny and Lisa, who wed in October 2009, share two kids: Logan, 6, and Elle, 2. During the original run of RHOM, fans watched the pair struggle to conceive. (They eventually welcomed their two children via surrogate.) During season 4 of the rebooted Peacock series, Lisa admitted that the twosome nearly called it quits amid the show’s hiatus.

“We almost got a divorce, and it was devastating. During this separation, Lenny had this emotional affair with some $2 hoe,” she said during the season 4 premiere, which started streaming in December 2021, adding that he “came groveling back and it was the best decision of his life.”

The reality star subsequently opened up to E! News about the difficult time in their marriage.

“We’ve been together for 14 years, almost 15 years, and that’s like a lifetime in Miami,” she said at the time. “Just like everyone else we go through issues, we’ve had our ups and downs. But we stuck by each other’s side and we just never give up. Every relationship has issues that they have to work through and my advice is just to keep on keepin’ on, don’t give up and stick with your guy, stick with your girl.”

She added: “I just feel like everyone thinks the grass is always greener [on the other side] and it’s not. You’re going to have another set of problems with another person, so my philosophy is stick it out with the person that you love, the person that you created a family with, the person you have history with and make that your love story.”

Listen to Getting Real with the Housewives, your one-stop destination for Housewives news and exclusive interviews

Brandy poses for a portrait to promote her current album B7 in Calabasas, California...

TV premieres aren’t just for the fall! With more than 50 new and returning cable and...

See the Stars Celebrate in Photos

So proud! JoJo Siwa, Cara Delevingne and more celebrities are going all out in honor of...

21 Colorful Tummy-Control Swimsuits That Will Stun in the Sun