Mario Carbone has done it again! Last week, one of the food world’s biggest names opened his latest project, Japanese Bocce Club, at famed The Boca Raton resort in Florida. His latest concept combines traditional Japanese cuisine with a playful spirit and the menu features sushi, a curated selection of crispy rice, BBQ spareribs, and a comprehensive selection of sake.  Chef de Cuisine, Takao Soejima, formerly head sushi chef of Morimoto, will be overseeing the menu. 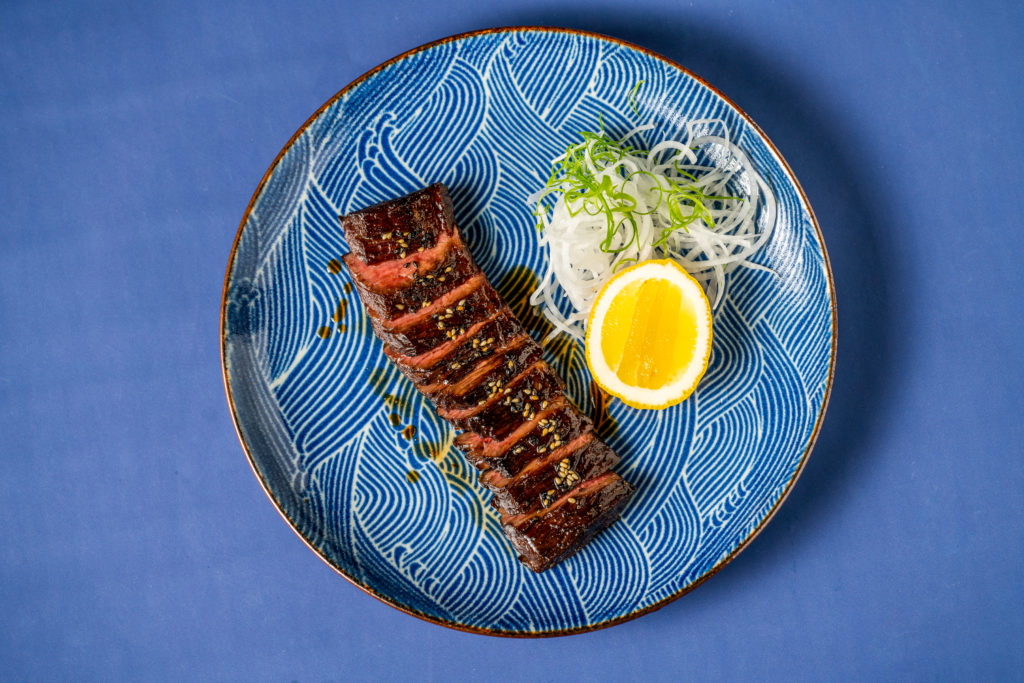 “Japanese Bocce Club is an all-new concept for Major Food Group. Its location alongside The Boca Raton’s original bocce courts served as the inspiration to re-envision the space and infuse elements of my Italian heritage, showcasing modern Japanese cuisine that is precise and flavorful, fresh, and exciting,” Carbone explains. 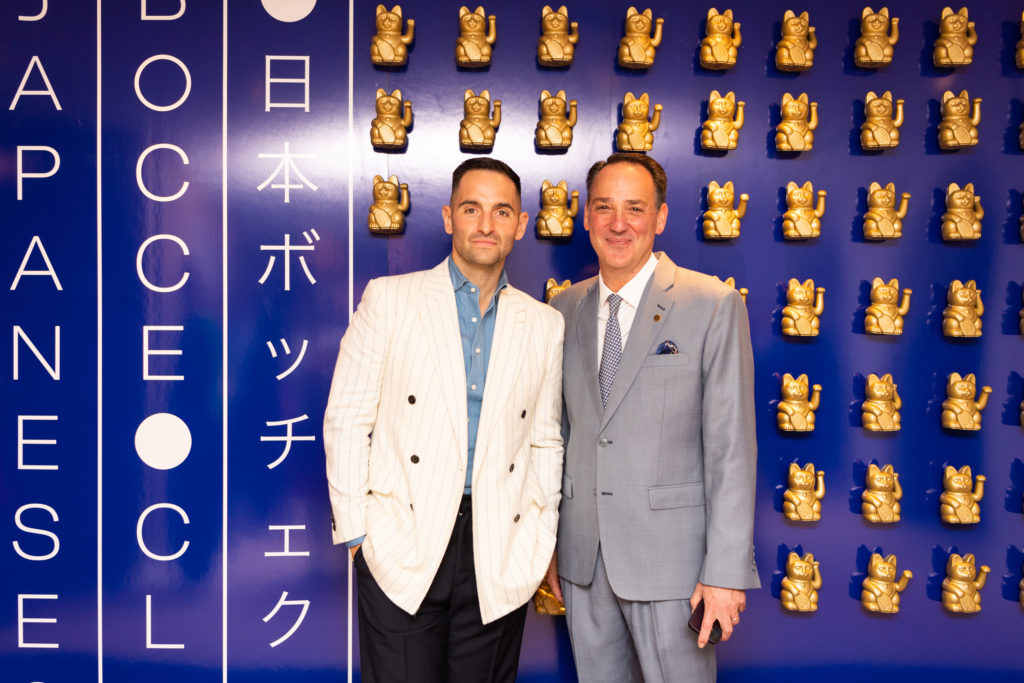 Mario Carbone and Daniel Hostettler, president and CEO of The Boca Raton

The Japanese Bocce Club was designed by architecture firm Rockwell Group and features a minimal yet whimsical  contemporary aesthetic. Around the room, you’ll find custom paper lanterns, bocce-inspired sconces, and a 15-foot hand-painted waterscape mural. Bocce courts are just steps away too, for a pre or post-dinner game. 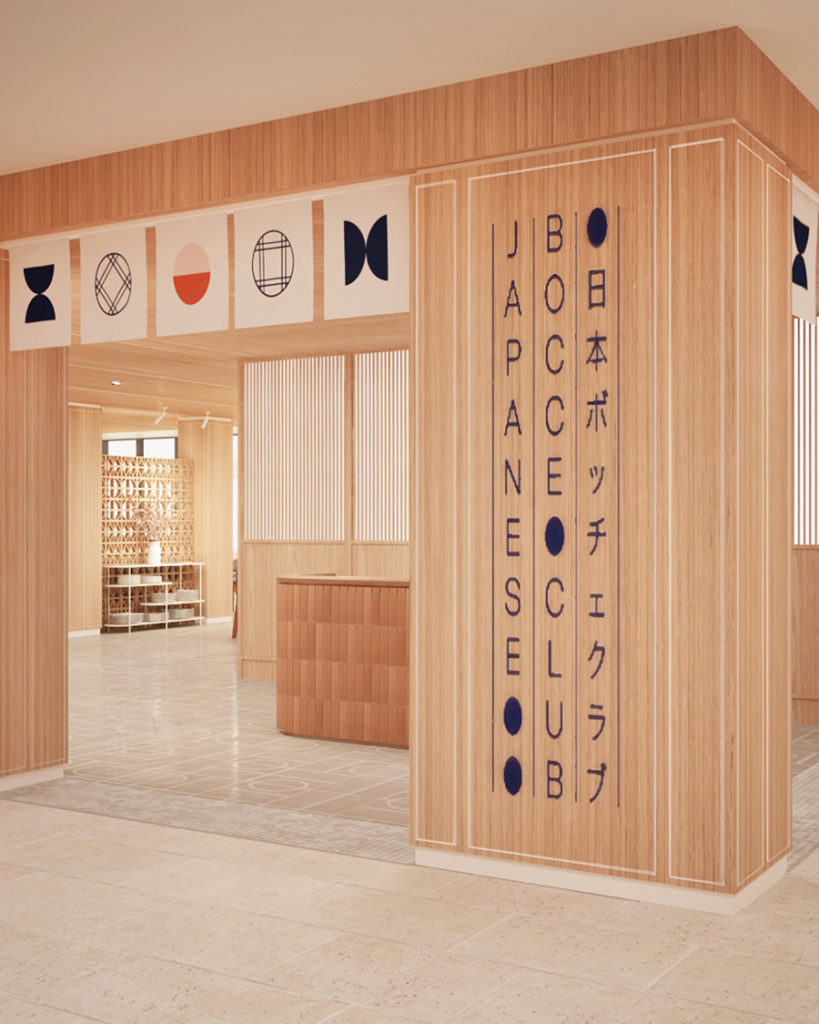 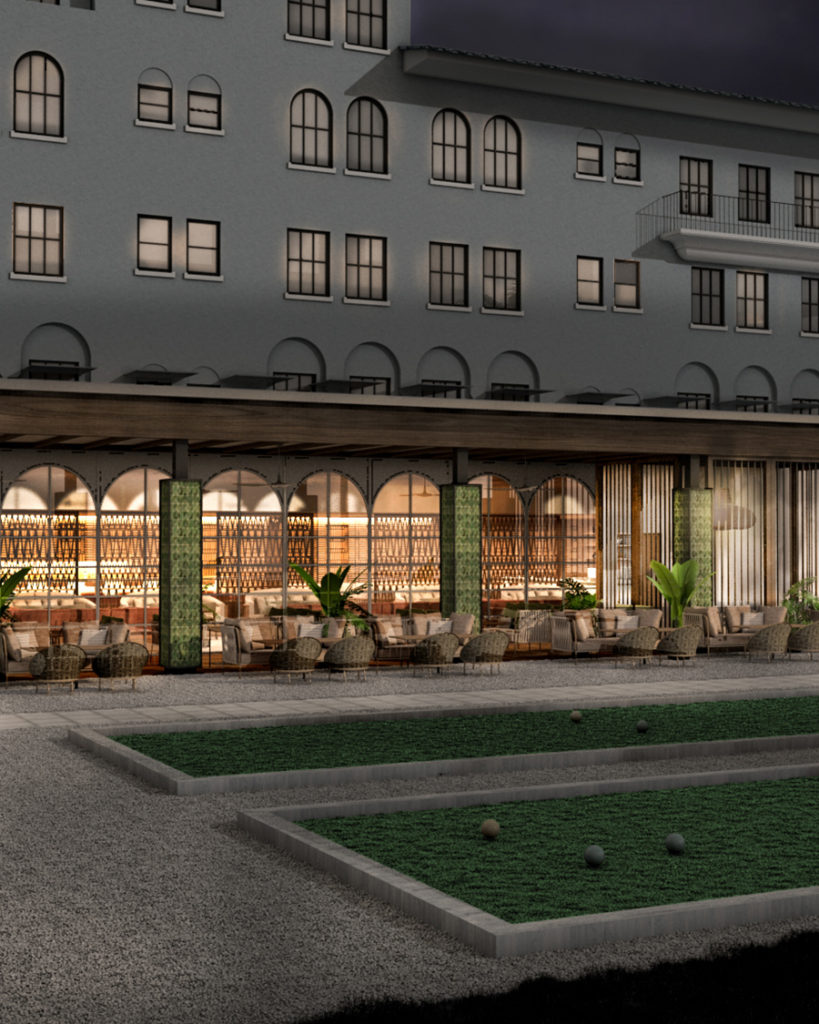 The new restaurant is the latest partnership with The Boca Raton and Major Food Group, where Carbone is managing partner. The resort has already been home to Principessa Ristorante, The Flamingo Grill, and Sadelle’s, featuring quintessential New York dishes.

Located on 200 acres and open since 1926, the property has more than a dozen new restaurants and lounges including the Palm Court lakefront cocktail lounge with water views, MB Supper Club (think Monkey Bar NYC), and a Burger Bar on the way. There’s also an incredible spa, golf course, pool, and beach access. You won’t want to leave!

The Japanese Bocce Club is open to hotel guests and members.