Meghan King Is ‘Done’ With Marriage After Cuffe Owens Split 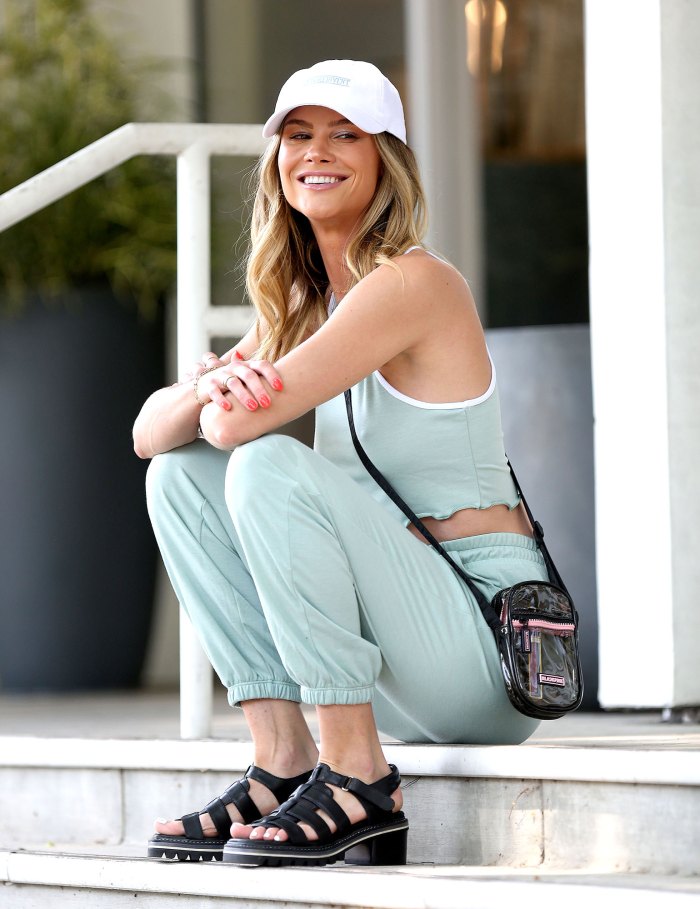 Water under the bridge. Meghan King has had a rough couple of months since her split from Cuffe Owens, but she’s ready to put the past behind her.

“I’m doing great. I’ve been through a lot recently, but it all just feels like a quick memory,” the Real Housewives of Orange County alum, 37, exclusively told Us Weekly while promoting her new YouTube series. “I’m in a really happy place. I think I’ve been through enough trauma that once I do experience something bad, I have a pattern of not dwelling on it.”

Late last year, the Missouri native confirmed that she and President Joe Biden‘s nephew called it quits after two months of marriage. The duo tied the knot in October 2021 after three weeks of dating.

“I am rattled. This situation is profoundly devastating,” the reality star wrote in a December 2021 Instagram post announcing the breakup. “This is obviously not what I imagined when I made my vows — and I’m shocked and saddened by the way things turned out. I am moving forward with my children as we privately process our pain and begin to let go of shattered dreams.”

King shares daughter Aspen, 5, and twin sons Hart and Hayes, 3, with ex-husband Jim Edmonds. The Bravo personality and the former baseball player, 51, separated in October 2019 after five years of marriage. King was also previously wed to Brad McDill from 2007 to 2011.

Though the University of Mississippi alum is “doing really well” after her split from Owens, she’s not interested in walking down the aisle again. Asked whether she still believes in marriage, King replied, “No. Nope, done.”

The former software salesperson has another project in mind at the moment anyway: her new YouTube series, in which she watches and critiques old episodes of RHOC.

“It’s been a lot of fun going back and rewatching these episodes that I haven’t seen except for when I was on them back years ago,” she told Us. “Now I’m able to watch them with new perspective, and I’ve had a lot of life under my belt. I’ve gotten divorced, I’ve had three children.”

The Resale Royalty alum said she was inspired to start the series because friends kept asking her to revisit her time with the Housewives. “It’s been really almost, like, therapeutic for me in a way and definitely eye-opening to see what other viewers saw,” she added. “I was too in it at the time to be able to give perspective.”

With reporting by Diana Cooper

Missing in action. Rob Kardashian was noticeably absent from his sister Kourtney Kardashian’s...