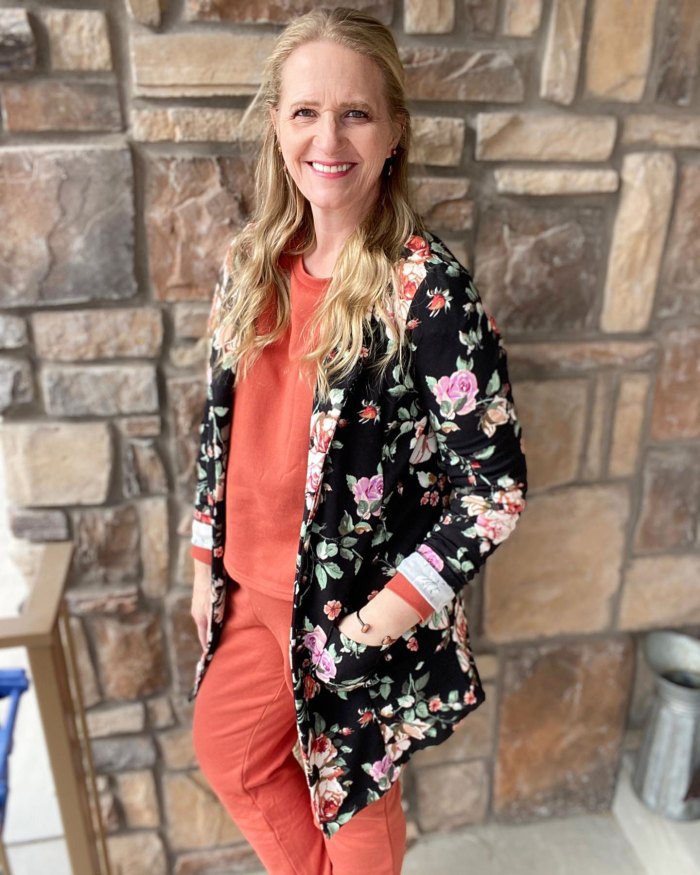 New beginnings! Sister Wives viewers are quite literally in for a treat: Christine Brown is getting her very own culinary spinoff, Cooking With Just Christine.

“A taste of something new!” the reality star, 49, and TLC wrote in identical posts on Sunday, February 20, sharing a 30-second trailer of the web series. “#SisterWives’ Christine will be bringing you some of her favorite recipes on the new digital series #CookingWithJustChristine, dropping every Sunday [on Instagram] and on TLC.com.”

The TV personality’s recipes are tried and true. “They’re not only delicious, but they’re super easy to make,” she says in the teaser.

The short video is filled with shots of Christine creating savory goodies and baking sweet desserts. At one point, the mom of six is joined by two of her daughters, Truely and Mykelti, both of whom she shares with ex-husband Kody Brown. Mykelti, 25, jokes of the homemade treats, “I’m probably going to eat them in the car.”

The TLC star didn’t just reveal her own spinoff on February 20. That same night, she also spoke candidly about her split from Kody, 53, on the third part of Sister Wives: One on One.

“It’s not just a marriage I’m leaving,” Christine revealed on the tell-all special. “It’s a whole family. And it’s Sister Wives. And what does that do to us? I don’t know.”

In addition to Mykelti and Truely, 11, Christine and the Utah native — who were “spiritually wed” from March 1994 until their November 2021 split — also share son Paedon, 23, and daughters Aspyn, 26, Gwendolyn, 20, and Ysabel, 18. The Brown family also includes Kody’s other wives, Janelle Brown, Meri Brown and Robyn Brown, as well as all of their children. (Altogether, there are four spouses — plus ex-wife Christine — and 18 children between them.)

Despite worrying that her decision to leave the Brown family patriarch was “selfish,” Christine ultimately realized, “I’ve got to live my life for me too. I wasn’t present. I wasn’t happy. It just wasn’t working anymore.”

Ultimately, Christine isn’t the only Sister Wife making big changes — Janelle is, too.

Janelle, Kody’s second wife — but first “spiritual” marriage since state law does not recognize plural spouses — has been open about her weight loss struggles throughout the show, even getting her own digital TLC spinoff, Janelle Brown’s Weight Loss Diary, in 2013.

In January, she shared a before-and-after photo of herself smiling.

“Don’t stop fighting to live your best life,” she captioned the Instagram selfie on January 28. “You’re worth it.”