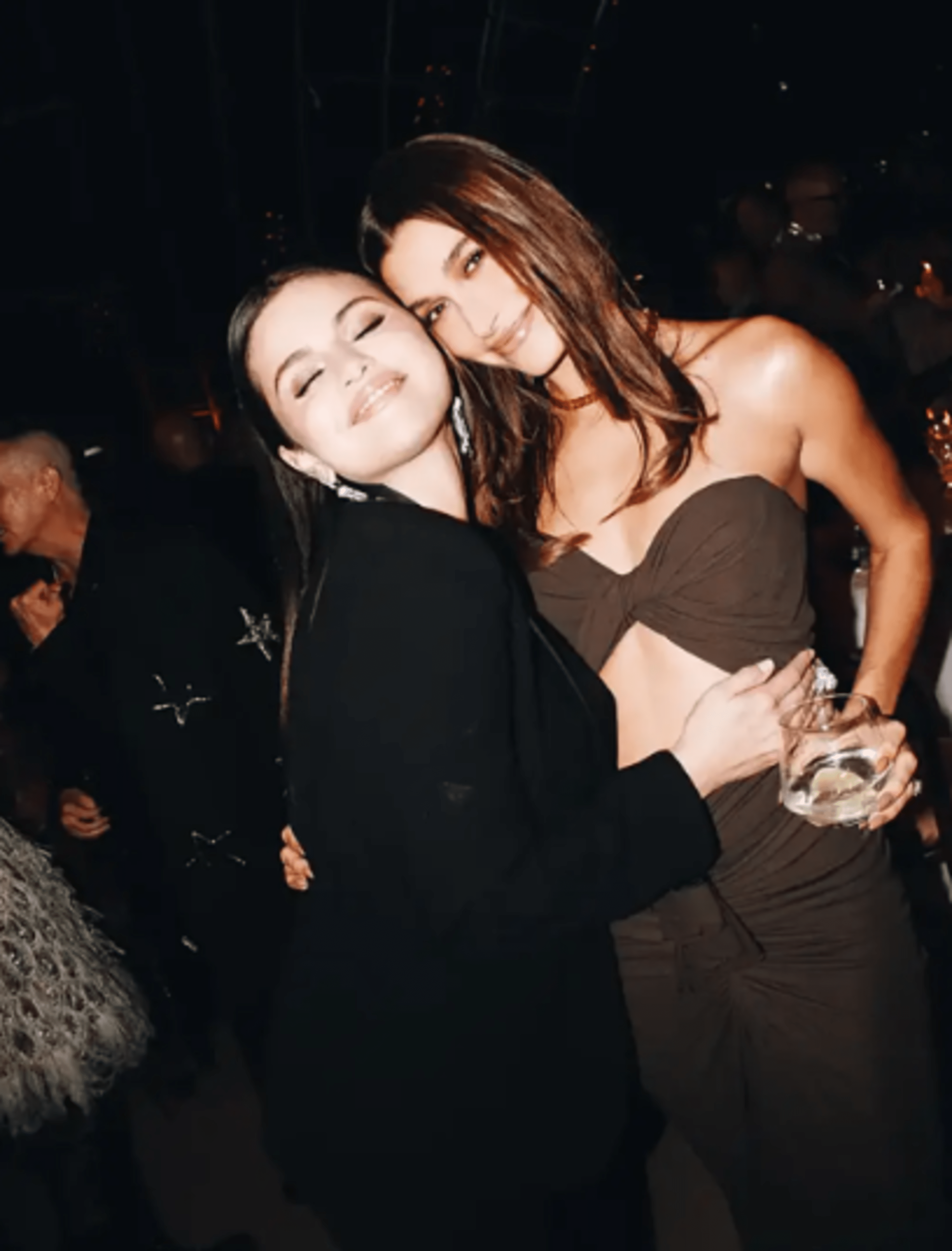 The images of Selena Gomez and her ex-boyfriend Justin Bieber’s new wife, Hailey Bieber, have gone viral, and the singer would like to play them down.

In a recent interview, the actress stated that the photographs taken of her at the Academy Museum of Motion Pictures the previous month were nothing to worry about. While promoting her next documentary for Apple TV+ called My Mind and Me, Gomez told Vulture that it is not even a thing.

The public display of affection between the Only Murders in the Building actor, age 30, and the model, age 25, at the star-studded event in Los Angeles on October 15 sent fans into a frenzy. Even the photographer, Tyrell Hampton, who posted his comments on Instagram about the plot twist, stated that he was shocked by the couple’s pleasant show.

The spontaneous get-together took place just a few weeks after Hailey had stated on the Call Her Daddy podcast that there was no friction between her and Gomez, who had dated Justin, 28, on and off from 2010 until 2018.

It’s all respect; she responded in September when she was asked to clarify that she and the former Disney Channel star had communicated.

All that matters is love. There is nothing that each of us owes anyone else other than respect. I have a lot of respect for her, and I don’t believe either of us has any expectations of the other. She has my respect.

Continuing, the ex-Drop the Mic co-host lauded her spouse for “clos[ing] a chapter” with Gomez before the couple got engaged in July 2018 and secretly married two months later.

She claimed it was OK if the Baby singer’s fans wished he had ended up with someone else because they had their own lives to live. Of course, you can have as many hopes for it as you like, but the reality is that it is not the case.

Whitney Rose is under the impression that her husband, Justin Rose, was let go from his...