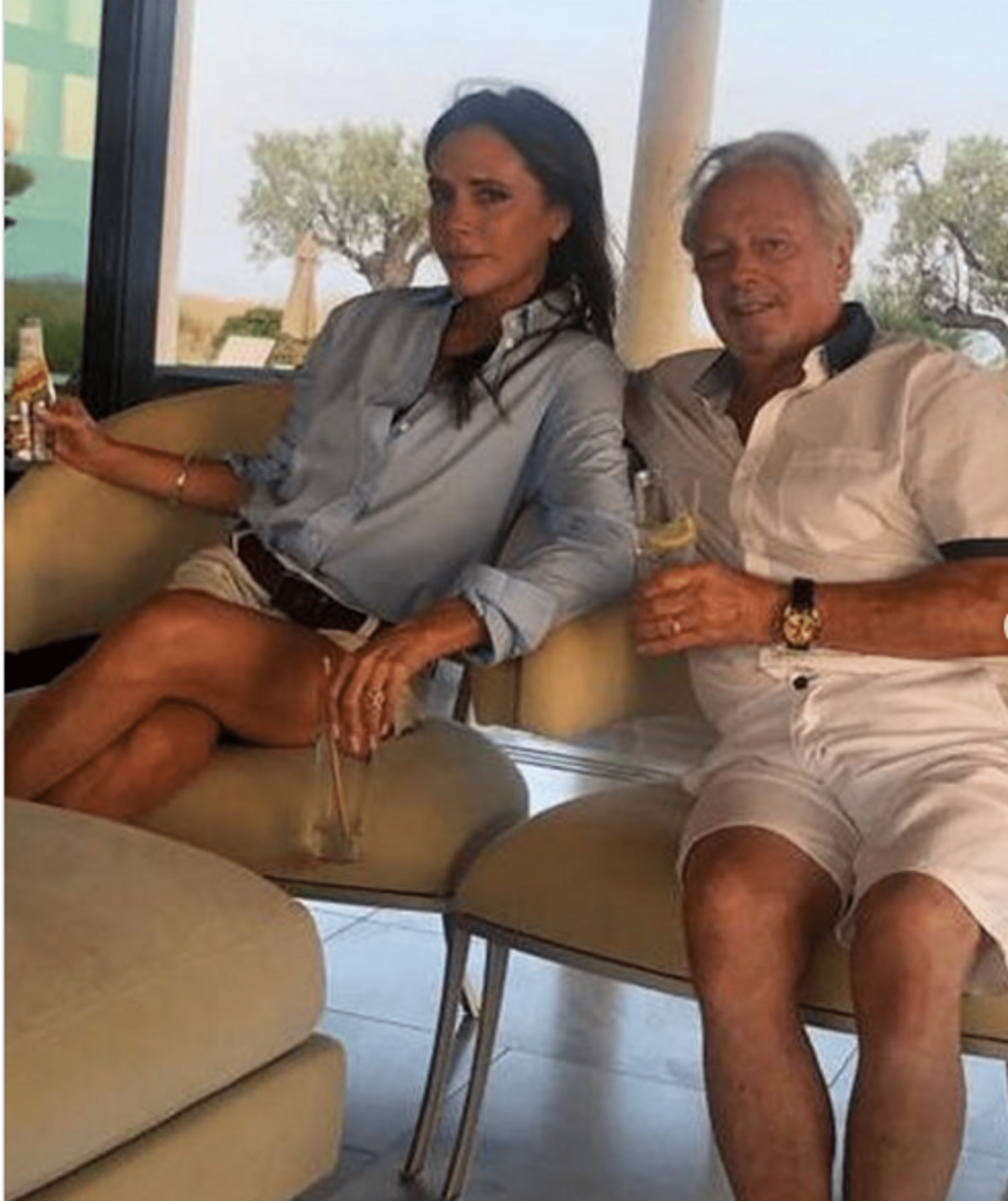 Singer and fashion designer Victoria Beckham congratulated her husband, David Beckham , and father, Tony Adams, on Father’s Day. It is reported by the Daily Mail.

The designer published her congratulations on Instagram, posting several joint photos. In pictures with Tony Adams, in which they are depicted with glasses, Victoria Beckham signed: “Happy Father’s Day to my favorite drinking companion! We all love you very much.”

In a series of photos of David Beckham posted by his wife, the football player is depicted with four children – Brooklyn, Romeo, Cruz, and Harper.

“Happy Father’s Day to the best, most loving dad in the world! We all love you; you are everything to us,” Victoria Beckham signed the pictures.

In stories, the fashion designer also published a photo of her husband – in the company of Coco the rabbit, owned by their daughter Harper. Victoria Beckham once again called her husband the best dad, adding: “Even for Coco.”

In a previous post, British media reported that the royal races at Ascot for the first time would be held without Elizabeth II.

For the first time since her coronation, Queen Elizabeth II will miss all days of Royal Ascot, Sky News reports.

The administration of the Ascot racecourse confirmed this information, explaining that the queen still had “difficulties with movement.”

In addition, they recalled that the monarch did not attend the event in 2020, when “the races were held behind closed doors due to the pandemic.”

According to The Daily Telegraph, Queen Elizabeth II will watch the final day of racing at Ascot on TV.

Earlier, the Duchess of Cornwall Camilla made her debut in British Vogue. The publication’s website published an interview with the wife of Charles, Prince of Wales, and several pictures from a photo shoot.