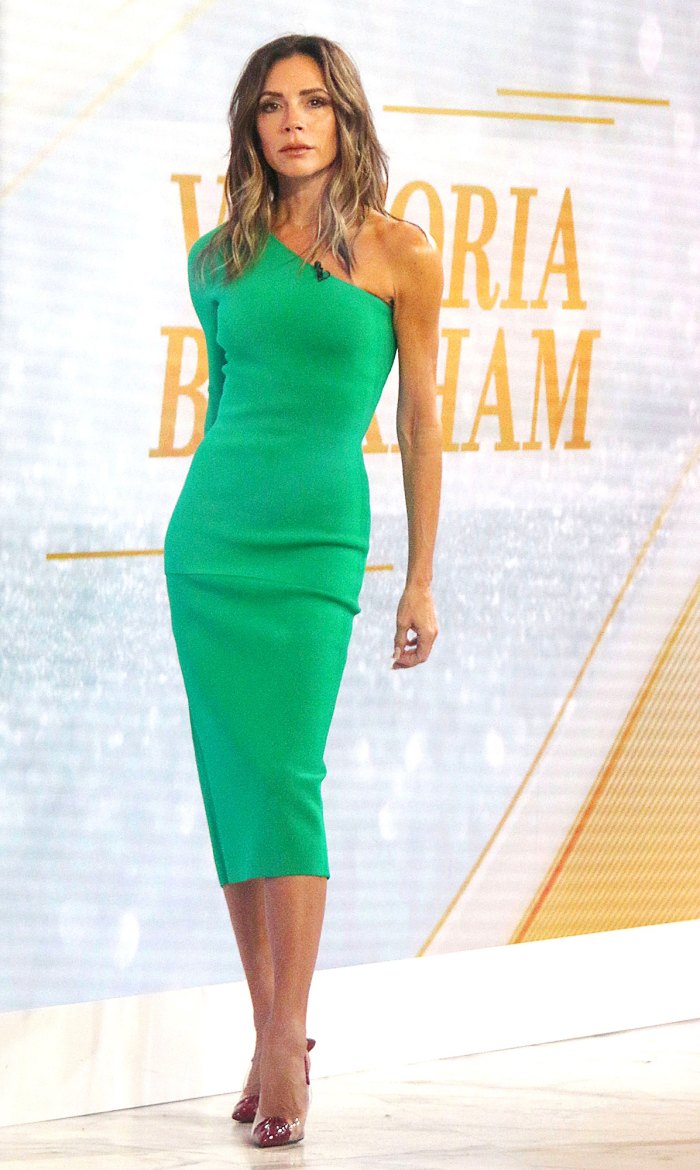 The fashion designer, 48, was spotted dancing with Halliwell and fellow Spice Girls members Emma Bunton and Melanie Chisholm at the party, which took place on Saturday, November 5. After the soirée, the Victoria Beckham Beauty founder’s husband, David Beckham, shared a video of the foursome grooving and singing along to their ’90s hit “Say You’ll Be There.”

“Special celebrating Ginger 🇬🇧 this weekend and even more special to capture this moment of the girls ❤️,” the former soccer player, 47, wrote via Instagram on Sunday, November 6. “A friendship for Life ❤️ @spicegirls @therealgerihalliwell @victoriabeckham @emmaleebunton @melaniecmusic.” He also tagged Melanie Brown, who wasn’t in attendance, adding, “You were missed ❤️.”

Victoria, for her part, shared two photos of herself posing with Bunton, 46, and Chisholm, 48. “Love you @EmmaLeeBunton and @MelanieCMusic 💕 xx VB,” she wrote via Instagram on Sunday.

Halliwell’s star-studded party was also attended by Hugh Grant, Richard E. Grant and Shirley Bassey. “What a night!” the pop star wrote in an Instagram caption on Monday, November 7, reflecting on the weekend’s festivities. “@dameshirleybassey – Our hearts are full. So full of love. You made my dream come true. I have loved you since I was a little girl. Thank you 🙏.”

Though Victoria has maintained a friendship with the other Spice Girls over the years, she recently shot down the possibility of rejoining the band for another tour.

“I had so much fun being in the Spice Girls,” she said during an October appearance on Watch What Happens Live With Andy Cohen. “But I think that now with everything else that I’ve got going on — with my fashion, and my beauty line, four children — I couldn’t commit to that. But I had so much fun in the Spice Girls, I love the girls. I really, really enjoy singing Spice Girls when I’m doing karaoke, but I think I better leave it there.”

Though a reunion tour may not be in the works, the group delighted fans earlier this month with the 25th anniversary rerelease of their second album, Spiceworld. The new version — which dropped on Friday, November 4 — includes previously unreleased bonus tracks and demos as well as live versions of Spiceworld tracks.

“The Spiceworld era was such a fun time for us,” the band said in a press release announcing the reissue. “We’d just had a number one album with Spice, we were traveling all over the world and meeting our amazing fans, we released our second album AND we had our very own movie! Who would’ve thought it? It’s crazy to think that 25 years have passed.”

Ellen DeGeneres and Portia de Rossi broke barriers when they tied the knot in August 2008,...