“This week, Elon Musk officially bought Twitter for $44 billion, beating out the next highest offer of zero dollars,” Colin Jost said during a segment that aired around the time of Twitter’s rumored layoffs.

“Musk sent an open letter to advertisers saying that he doesn’t want Twitter becoming a ‘free-for-all hellscape,’ because that’s his plan for Mars.”

Jost said, “I really don’t understand why people are so worried that Elon is going to ruin Twitter, as if its like this beloved American institution. It’s not like he bought Disney World; it’s like he bought the rest of Orlando.”

After tackling claims that Herschel Walker pushed a second woman to get an abortion and the Pennsylvania Senate debate, with Jost wondering why John Fetterman, who suffered a stroke during the campaign, was allowed to take part in the televised event. “Who’s his campaign manager, the Miami Dolphins’ concussion doctor?” Jost asked.

“Things are definitely getting way out of hand in this country because when I heard that a guy barged into a house with a hammer looking for Nancy Pelosi, my first thought was ‘Oh no, was it Kanye?’” Michael Che said. 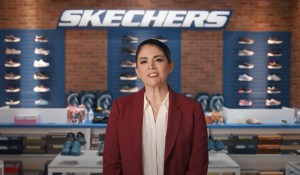 “Kanye West has now been dropped by Adidas, the Gap, Balenciaga and all bar mitzvah playlists. In the wake of Kanye’s antisemitic comments, Adidas said it will stop make Yeezy shoes. Fans of Yeezys said it’s the worst thing to happen to them since any puddle.”

Jost then teased all the companies — like T.J. Maxx, Peloton and Goodwill — that cut ties with the rapper, even though they never had ties with him to begin with. “Somehow real is that Goodwill dropped Kanye. They will no longer accept donations of Kanye’s clothing,” Jost said, struggling to stifle his laughter. “Which is ironic because Kanye has lost enough money that he might need it.”

Outside of Weekend Update, SNL poked fun at the corporate response to Kanye with a Skechers ad that celebrated their non-involvement with the rapper.