Will Smith Resigns From Academy After Smacking Chris Rock at Oscars 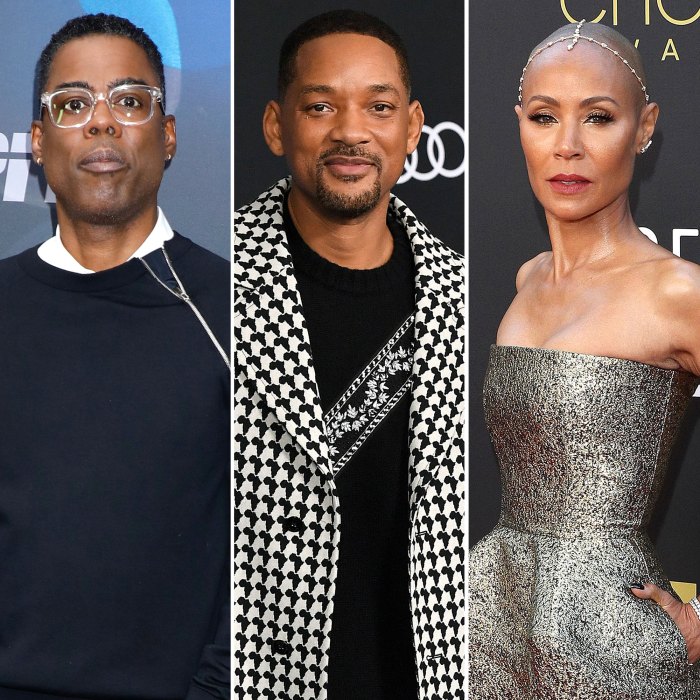 Will Smith has resigned from the Academy of Motion Picture Arts and Sciences days after slapping Chris Rock on live TV at the 94th Academy Awards on Sunday, March 27.

“I have directly responded to the Academy’s disciplinary hearing notice, and I will fully accept any and all consequences for my conduct. My actions at the 94th Academy Awards presentation were shocking, painful, and inexcusable. The list of those I have hurt is long and includes Chris, his family, many of my dear friends and loved ones, all those in attendance, and global audiences at home. I betrayed the trust of the Academy,” Smith, 53, said in a statement on Friday, April 1, via Variety.

“I deprived other nominees and winners of their opportunity to celebrate and be celebrated for their extraordinary work. I am heartbroken. I want to put the focus back on those who deserve attention for their achievements and allow the Academy to get back to the incredible work it does to support creativity and artistry in film,” he continued. “So, I am resigning from membership in the Academy of Motion Picture Arts and Sciences, and will accept any further consequences the Board deems appropriate.”

David Rubin, President of the Academy of Motion Picture Arts and Sciences, issued a response soon after.

“We have received and accepted Mr. Will Smith’s immediate resignation from the Academy of Motion Picture Arts and Sciences,” Rubin told Us Weekly. “We will continue to move forward with our disciplinary proceedings against Mr. Smith for violations of the Academy’s Standards of Conduct, in advance of our next scheduled board meeting on April 18.”

During the Oscars, Rock made a joke about Jada Pinkett Smith‘s shaved head while presenting the award for Best Documentary Feature. Jada, 50, who has been candid about suffering from hair loss due to alopecia, rolled her eyes at the reference to her appearance.

Her husband, for his part, shocked viewers when he went onstage and slapped Rock. As he returned to his seat, the Fresh Prince of Bel-Air alum was seen saying, “Keep my wife’s name out your f—king mouth” repeatedly.

Later that night, Will addressed the incident when he accepted the award for best actor for his performance in King Richard.

Shortly after the awards show came to an end, a source exclusively told Us that Rock originally rehearsed his speech with no mention of Jada. The insider noted, “Will was not in attendance for [the] rehearsal.”

Us also confirmed that the Grown Ups star had no plans to press charges after the public altercation. “LAPD investigative entities are aware of an incident between two individuals during the Academy Awards program,” the Los Angeles Police Department said in a statement on Sunday. “The incident involved one individual slapping another. The individual involved has declined to file a police report. If the involved party desires a police report at a later date, LAPD will be available to complete an investigative report.”

The South Carolina native, who worked with Will and Jada on separate projects in the past, broke his silence over the scandal during a comedy show at the Wilbur Theater in Boston, Massachusetts, on Wednesday, March 30.

“What’s up, Boston?” he asked the audience. “How was your weekend? I’m still processing what happened.” An eyewitness exclusively told Us that the audience “laughed a lot and it really cut the tension” for Rock and it was a “great show.” The following night, he shut down a fan at a second show who yelled “F–k Will Smith” from the audience. Rock reportedly responded “no, no, no, no, no” before continuing his set.